Gamigo’s open beta multiplayer shooter Ironsight has passed a big milestone this week: It’s live on Steam, and it’s gone free-to-play to boot, meaning anyone can swing in and check it out.

“Today Ironsight also receives the content update Recovery, which offers two maps, a Capture the Flag mode, new weapons and much more. On the Map Station, players will fight fierce battles in the new Capture the Flag mode for the flags that decide victory or defeat in Ironsight. The extensive grounds of a Russian station also serve as an atmospheric setting for other game modes such as Team Deathmatch, Search and Destroy and Frontline. The second new Map Discovery is an industrial playground surrounded by dense jungle. Thanks to the update, players can try out the new assault rifle Type 89 and the tactical drone FlyTrapin their first Steam match. Its name already reveals a lot about the way this defence drone works: It catches grenades like flies in the air. With Recovery, gamigo introduces the second season of the Iron Pass, which offers new missions and exclusive rewards for professional mercenaries.”

To celebrate the release and make life a bit easier for newbies poking their noses in this week, Gamigo has granted MOP a stack of keys for the Trinitium Pack for you folks to use in-game – it’s worth about $10 on Steam and includes Desert Primary Weapon Select Box, Woodland Primary Weapon Select Box, a repairable Alligator M39 EMR, 100 CHIPS, and week-long 30% boosters for GP and XP.

Click the Mo button below (and prove you’re not a robot) to grab one of these keys! 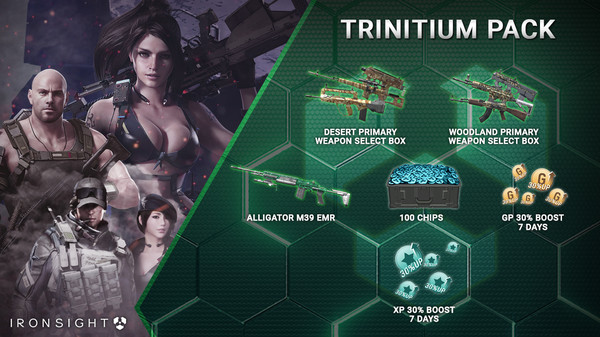 The Stream Team: Taking part in another Moonfire Faire in Final Fantasy XIV