MassivelyOP’s not-so-serious end-of-the-year awards begin today, and you’ll notice we’ve given them a new name this year: the Golden Yachties.

Many years ago on Old Massively, someone cracked a joke that video games bloggers made so much money they were probably sailing around on yachts made out of solid gold. Not only would that, you know, not actually physically be possible, it could not be further from the truth. Nevertheless, it’s become one of our favorite dumb memes to kick around when mocking ourselves and our profession, and now, it’s replacing our old “blooper” award.

So we’re kicking off the new Golden Yachties with our pick for Most bizarre thing in an MMO this year. And the winner is…

I’m cheating a little bit here because this item isn’t in an MMO; it’s actually a real thing. But it involves an MMO. And it’s cool as hell: A gamer created an actual fishtank using EVE Online props. Love.

Naturally, I have two runners-up. The first is from Neverwinter, and it’s the stuff of nightmares. 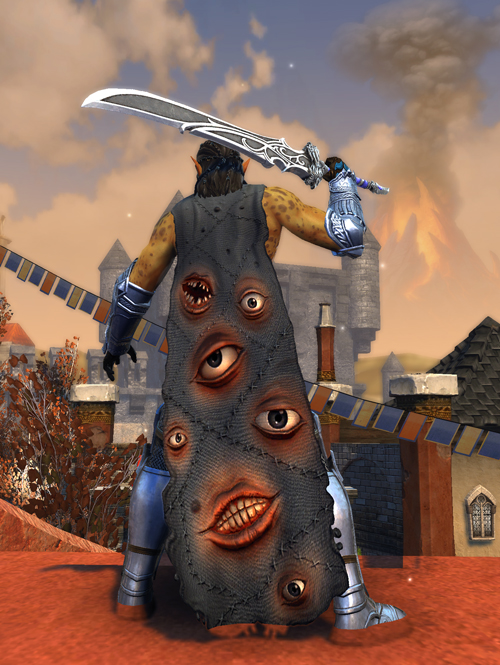 Schlag made it much worse by animating it. Good work, Schlag!

And second, from Fortnite, the most inappropriately named map ever: Moisty Palms. Yeah, I know this is not a real MMO, but I wanted to make fun of this. Seriously, though, Epic, why?

WoW Factor: The curious treatment of alts in World of Warcraft...