MassivelyOP’s not-so-serious end-of-the-year awards continue today with our pick for Best MMO apology. If you’re wondering what the heck a Golden Yachtie is, you can get caught up with the first award. And the winner is…

Let’s be honest, if this were really about the best and most heartfelt apology, it wouldn’t be in the Golden Yachties; it’d be in a serious community or studio award. And I’m not going to insult you by honoring Blizzard’s “apology” either. No, our pick for “best” apology goes to Rockstar, which “apologized” to players for the messy PC launch of Red Dead Online and Red Dead Redemption 2 by… giving everyone a poncho. “Sure, it might be awkward that the game keeps crashing or stuttering as you try to play, but at least you get your apology poncho, right?” 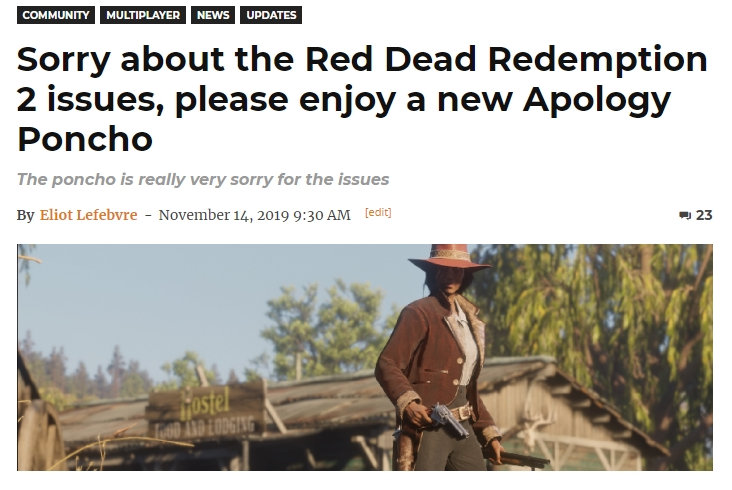