I’ve been saying it for years, but just because these are fictional virtual worlds doesn’t mean that MMOs should be free from regulations and governmental oversight. Handing anyone the keys to vehicles — both ground and especially flying — without requiring them to prove proficiency and competency is ridiculously dangerous.

Just look at what happened to Toy Clown, who is missing the top of a skull because of reckless driving. “A road is an appropriate place for a car in ArcheAge, just not upside down,” Toy Clown said before expiring in a most gruesome fashion. 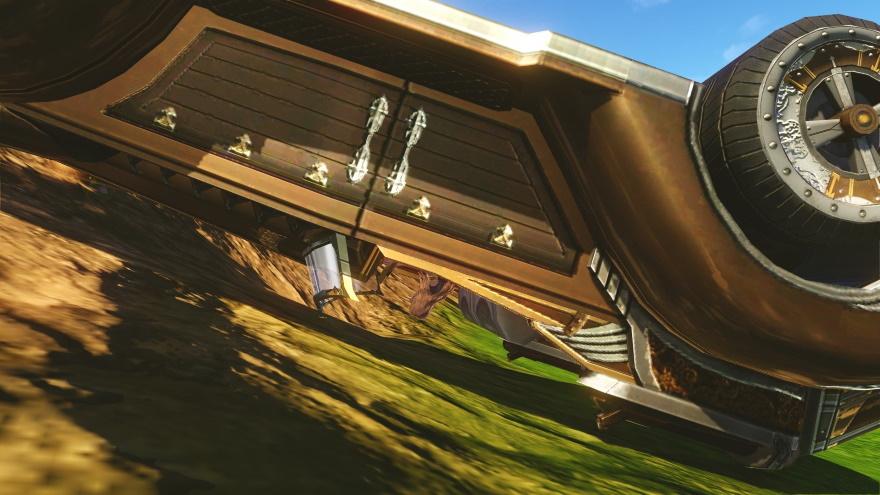 Forget wolves and giant spiders — hulking vehicles driven by careless people with no regard to right-of-way leads to more deaths in our games than any raid boss. JonBuck, what are you doing, driving inside of a Final Fantasy XIV’s Rising Stones? Also, how did you get that thing through the door? Also also, are you going to run down Minfilia for making you waste all of that time running back to her previous base? I can get behind that, at least. 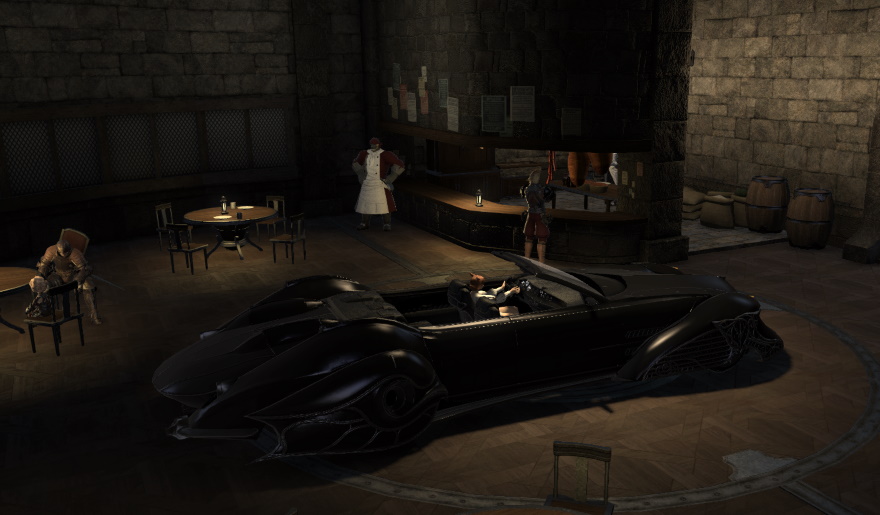 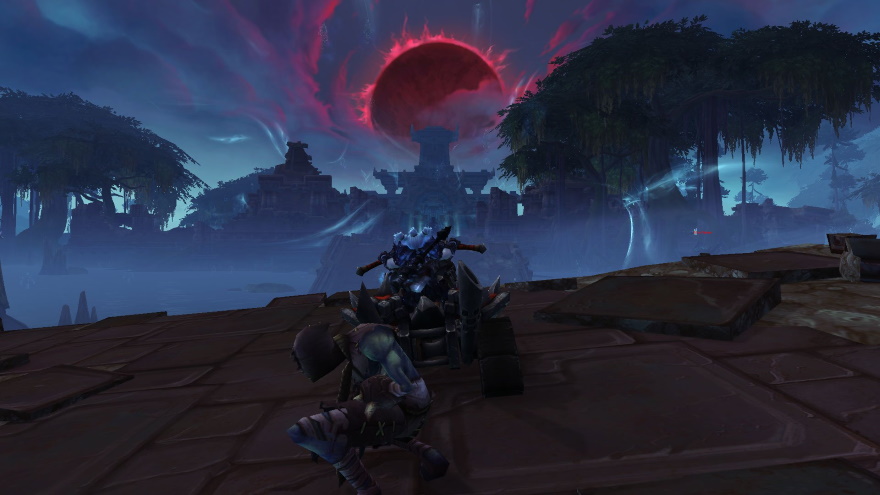 “In this week’s Elder Scrolls Online adventures, our hero Oxblud tried to impress a pair of Nord ladies after taking the Snow Bear Plunge as part of Tamriel’s New Life festivities,” submitted Byran. “The day ended in disappointment once they learned that the stout Orcish ‘warrior’ was a healer and said they’d call if they ever needed a healbot.” 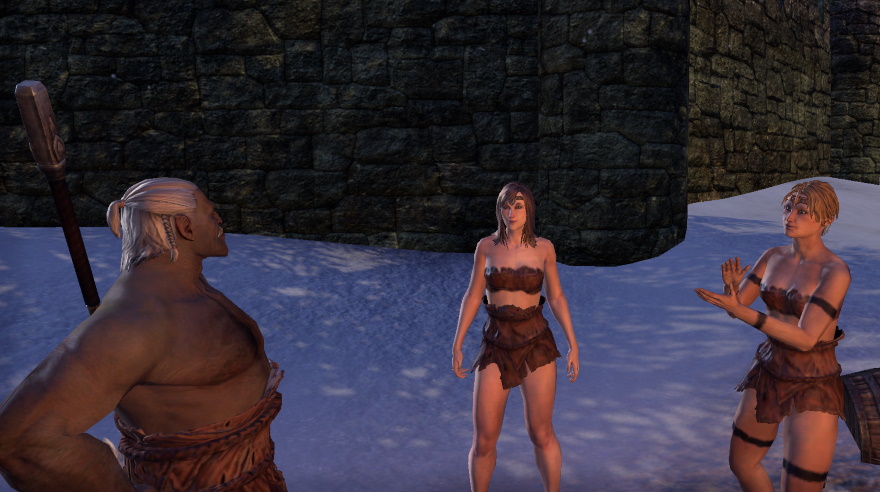 “I don’t play many games with mounts,” shared Hikari. “But vehicles… yes, getting those in places they shouldn’t go is always fun — especially in Star Citizen. It’s amazing how easy it is to get Drake craft into places they aren’t meant to be… almost like they were designed for pirates.” 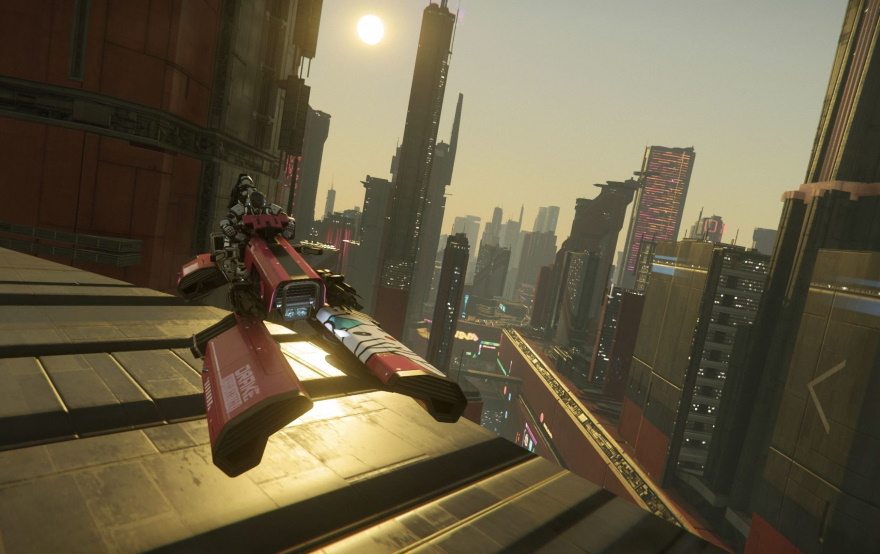 What non-playable fantasy or science fiction race from your MMORPG would be amazing as a playable race? Submit a picture of said race and make your case in the comments as part of this week’s screenshot challenge!

Khajiit are already a playable race in ESO, but only one of the many furstocks is playable. The logistics might be difficult what with their small size and lack of hands, but who wouldn’t want playable Alfiq?

In 2020, there is only one answer to this challenge.

This is the Way.

I think the lupin race introduced in Stormblood (FF14) would be a cool playable race. Granted they would have to make a model revamp as it’s pretty “basic” at the moment.

Side note: Photobomb courtesy of some random Red Mage. How rude. :)

I’m not sure I envy these guys though. Snapjaw implies they’ll bite your head off and then relieve themselves down your throat in the instance… >.<

PS: Thanks for another plug of my MMO National Geo sessions again, Mr. Justin! <3

I know exactly where you are in the story in this pic. Lol. Summoners are so much fun!

The name Snapjaw has always sounded painful. Not because of their jaws, but because you never want to hear your own jaw snap. Heh.

Hmm. I’m not sure there is an NPC or unplayable race that I would love to be right now.

But my renewed interest in Anthem has me leveling a new pilot who is specializing on the Colossus. That Javelin is tons of fun to play too. Think big ass tank with awesome potential for devastation. His name? Big Daddy, of course.

I know this isn’t what was asked for, but this SS was so cool. This is from Lotro Morder Besieged area.

So I’m back home in ESO, here is my new warden character looking all dramatic and stuff.

A few screen shots of my Necromancer in ESO

Crap I should have popped up spoiler warnings for people that haven’t played through Orsinium yet lol.

Not So Massively: Magic: Legends isn’t at all what I expected – it’s better

Choose My Adventure: Villagers & Heroes on mobile feels like a...