Earlier this week, we wrote about Skyrim’s “gaming grandma” and other older gamers who’ve staked out claims in the online gaming space on platforms like Twitch and YouTube, but if you didn’t click through the links, you might not realize that this is a growing trend for the 50+ age bracket, not just for a few superstars, a pattern backed up by a trending AARP study.

The AARP (fka American Association of Retired Persons) might seem like an odd group to be promoting gaming, but it’s gratifying. The study suggests that adults over 50 are playing more video games than ever before: 44% say they play at least once a month, averaging five hours a week, a figure up 6% over the last three years, making for over 50M gamers over 50 in the US alone. Oh yeah, and more women over 50 play than men.

The downside? “Older adults have moved their game play to mobile as they abandon computers and laptops and turn to smartphones and tablets to play video games.” The AARP also declares that old-school games aren’t dead, though of course they’re talking about puzzle and card games, which are now being played on devices instead.

It’s a lengthy report and worth a peek if you’re curious about what the older generations are up to in games. It’ll be you someday! 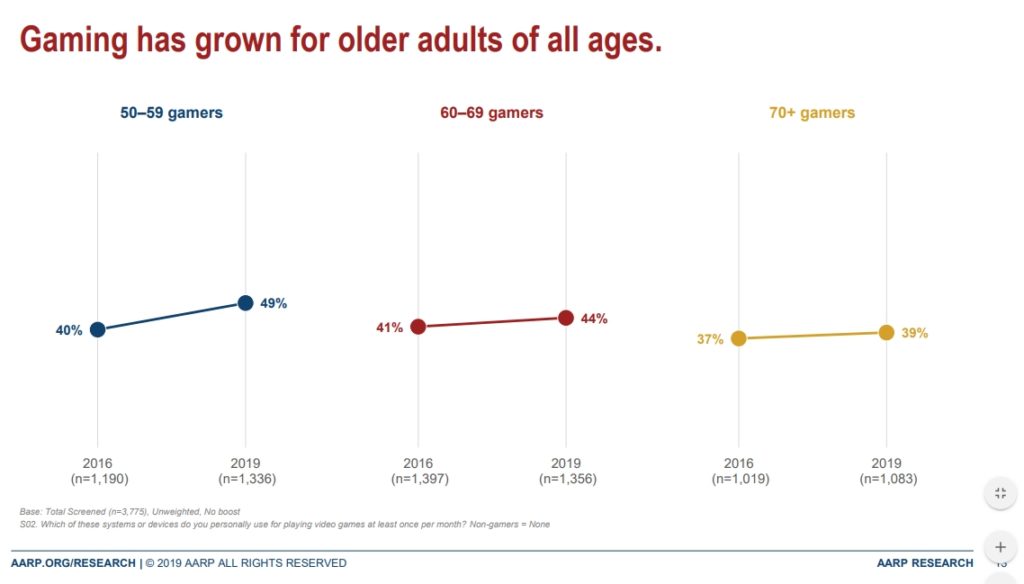 World of Warcraft is shutting down its integrated Twitter posting feature