Probably the only thing that is holding me back from embracing a career as a lifelong mega-villain is that I can’t conform to the interior decoration code that the guild demands. It’s always “red lights” this and “gloomy alcoves” that, not to mention giant heaps of bones all over the place. Sure, it makes a striking impression on visitors, but have you ever tried living in such places? It would make you long for a comfy couch and a suite of furniture from IKEA.

Joey gives a great demonstration of the sinister feng shui of Lord of the Rings Online’s baddies with this picture from the new Mordor Besieged area. My suggestion? Throw in some green and blue lights, and that place will start looking Christmasy in a hurry! 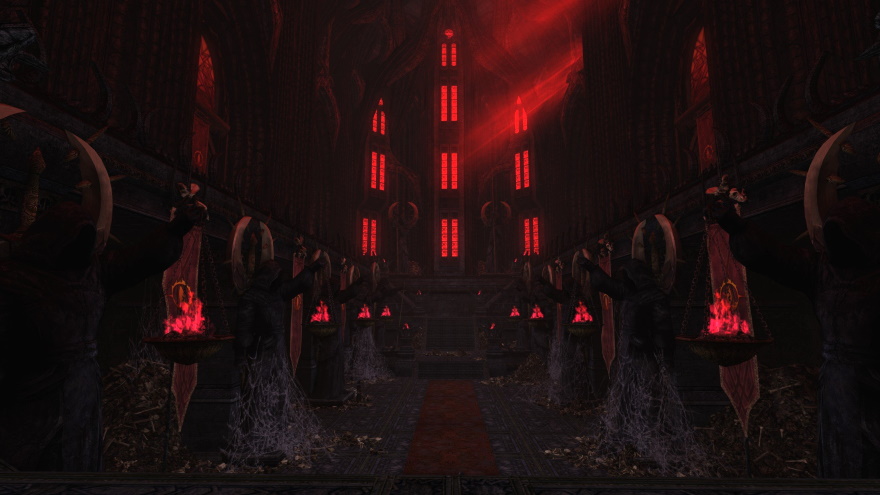 Everyone seems to be playing Elder Scrolls Online these days, at least according to a whole bunch of our One Shots contributions. Hurbster came for the cats but he stayed for the fire. Pretty, pretty fire.

“So I’m back home in ESO, here is my new warden character looking all dramatic and stuff,” said Hurbie. 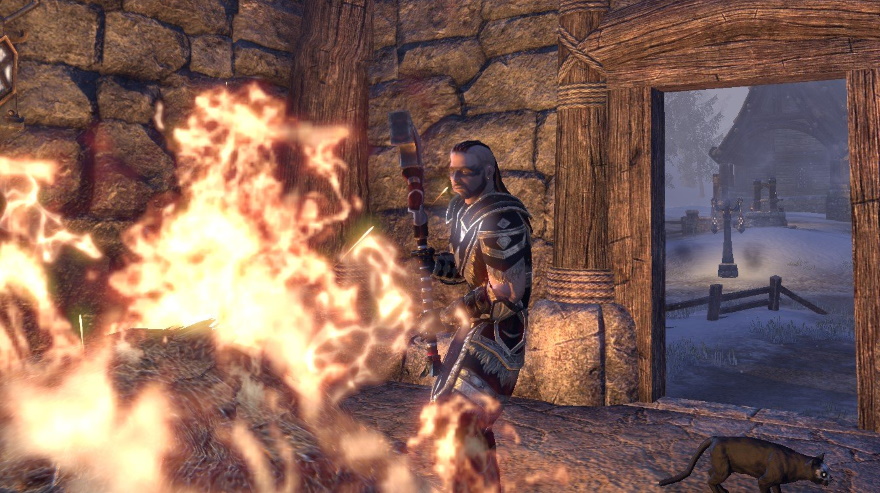 “I think the Lupin race introduced in Final Fantasy XIV: Stormblood would be a cool playable race,” argues Vincent. “Granted they would have to make a model revamp as it’s pretty basic at the moment. Side note: Photobomb courtesy of some random Red Mage. How rude.” 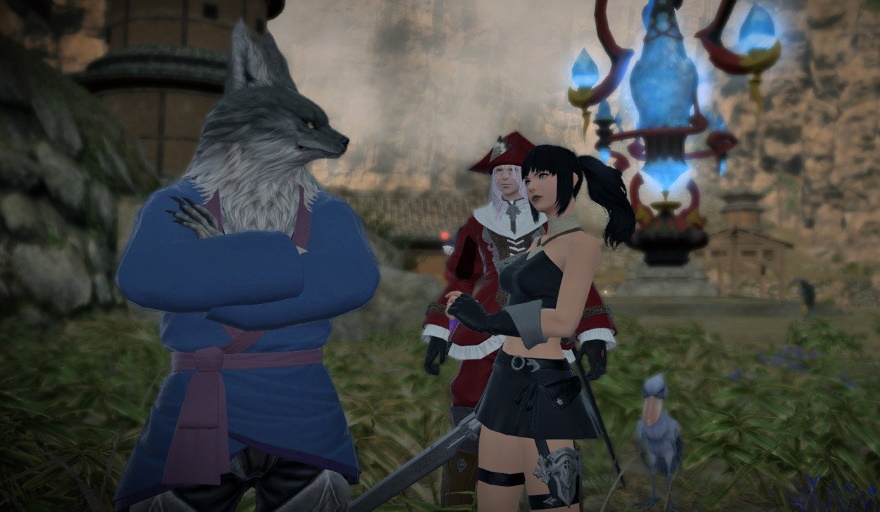 Grab on to all of your Baby Yodas because you’re going to need them to get through the horror that the below Star Wars: The Old Republic image is about to to evoke. When you get over the thought of Yoda’s mid-life crisis, tell Hikari what you think about making Yodians (yes I went there) a playable race. As long as they get a Frank Oz dub, right? 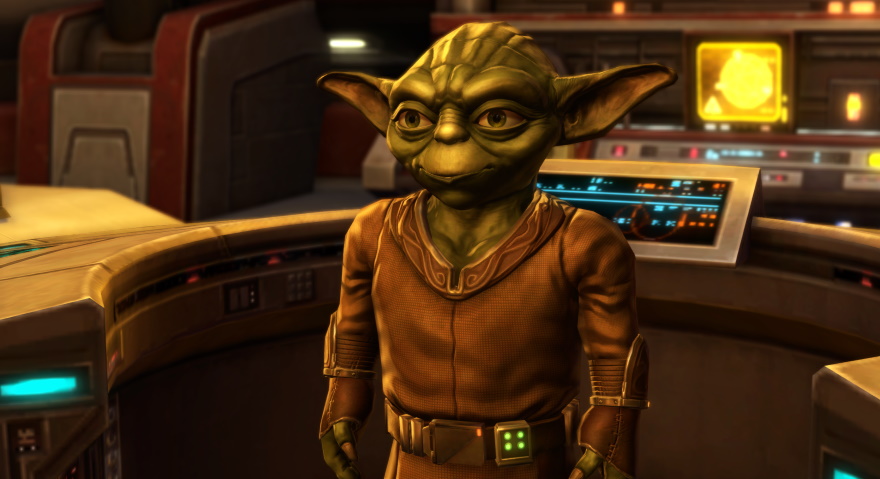 Utakata is making all sorts of friends in Blade and Soul: “I’m not sure I envy these guys though. Snapjaw implies they’ll bite your head off and then relieve themselves down your throat in the instance…” 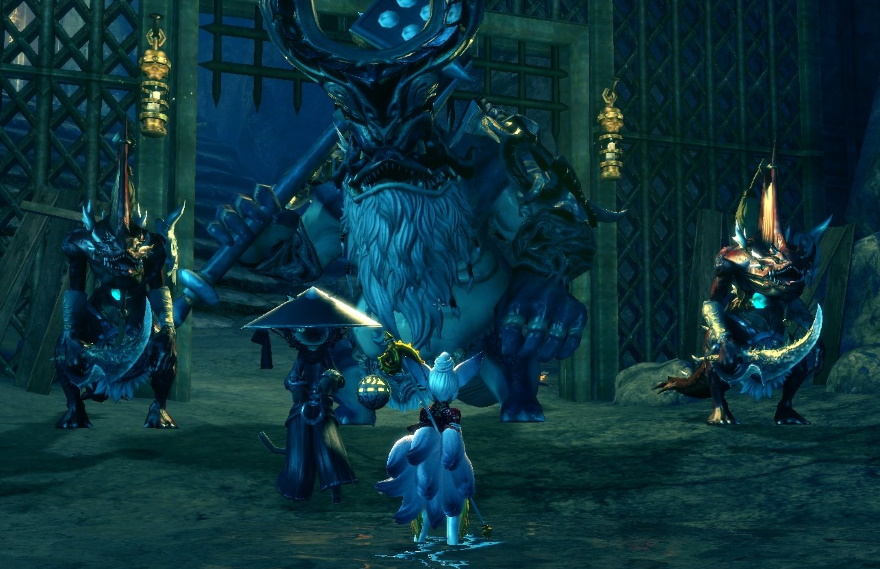 It’s that time, boys and girls! Time for another weekly screenshot challenge — will you be up to the task? Eh, if not, just post whatever as usual. But if you want to get funky, show us your dorkiest MMO dance move or emote. The cheesier the better!

As soon as Blizzard dropped the patch that allowed shirtless transmog, this paladin dropped his chest armor to show his glorious tattoos.

Cheesy emote: just look at the stereotypical anime catgirl in my profile picture.

Dance: well, this is not very cheesy but I love when I log in and see people randomly do stuff like this, part of the reason I love the community in this game so much and game in general (and a huge reason why EVE Online could have had 100x more players if only they completed walking avatar part of the game where you can do similar things inside stations):

I can make you dance…

PS: And thanks for the plug, Mr. Justin. Is this the third week in a row now?

And I surprise you used my quote…it was bordering George Carlin on a near family friendly site. O.o

Did you know that if you spin your characters on the ESO character screen they will do an emote ?

Here’s my Eye Candy dude in ArcheAge getting a beat down with his bunny tail:

I laugh that you went with the Frank Oz reference because Master Oteg in SWTOR, for no perceptible reason, is voiced by Jim Cummings… and he sounds just like Winnie the Pooh. Which is… more than a little offputting.

Oh lordy, that first one! haha

Heh, that’s what happens when you spam the old Smile emote.

Oh dear God! i didn’t notice the first one! what in the world happened there?!