While players of Black Desert already had an idea of what was to come thanks to a content preview, there weren’t many release dates to go by. A recent content roadmap update posted to the game’s site still doesn’t have many dates, but it does at least have some release windows, which is better than nothing, surely.

END_OF_DOCUMENT_TOKEN_TO_BE_REPLACED
The dates that we do have are January 22nd for the release of the Guardian (make sure to check out our first impressions) and February 5th for the Guardian’s Awakening, which gives the class a massive polearm that burns with holy fire. After that, most of the first quarter will be focused on Succession skills for the remaining classes, as well as the ability to compose music for the Shai class to play and the opening of the Papua Crinea continent. After that, the second quarter will open the region of O’dyllita, which promises “another chapter in the tale of the children of the goddess Sylvia.”

We’ve posted the full roadmap image below for you to take a look. 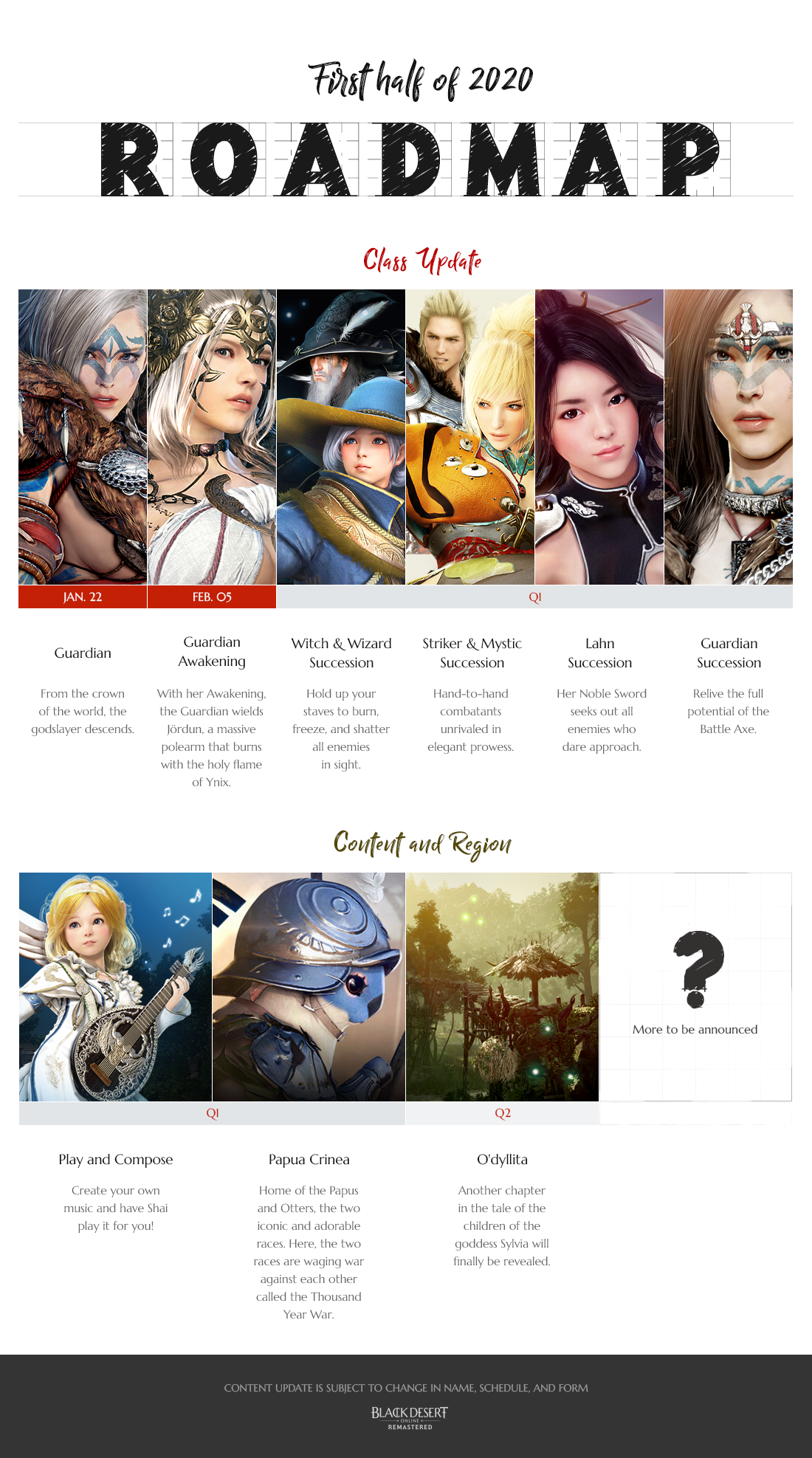