I am sincerely glad that we have a mature and grown-up community here at Massively OP that does not abuse its posting power to engage in puerile and sophomoric comments. Toilet humor stays in the toilet, I like to say! So I’m very glad to present to you… wait, who let this slip through MOP quality control?

“My main game, Star Trek Online, just dropped new story content and launched its 10th anniversary celebration,” said Mysecretid. “We don’t need no Elf butts — we’ve got Trek butts! Not only does my character’s MACO armor keep him safe on high-risk away missions, it makes his butt look good!”

Well. Thank you so much for that. The commenters are going to be giggling for days now. 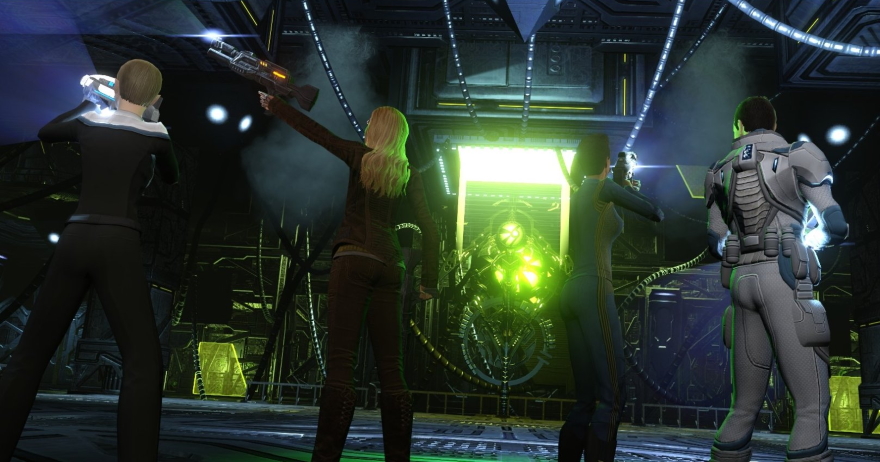 “So I was turning in some collectibles for scrips in Idyllshire in Final Fantasy XIV and got invited over to a table for a card game,” said Vincent. “Two hours and several drinks later…” 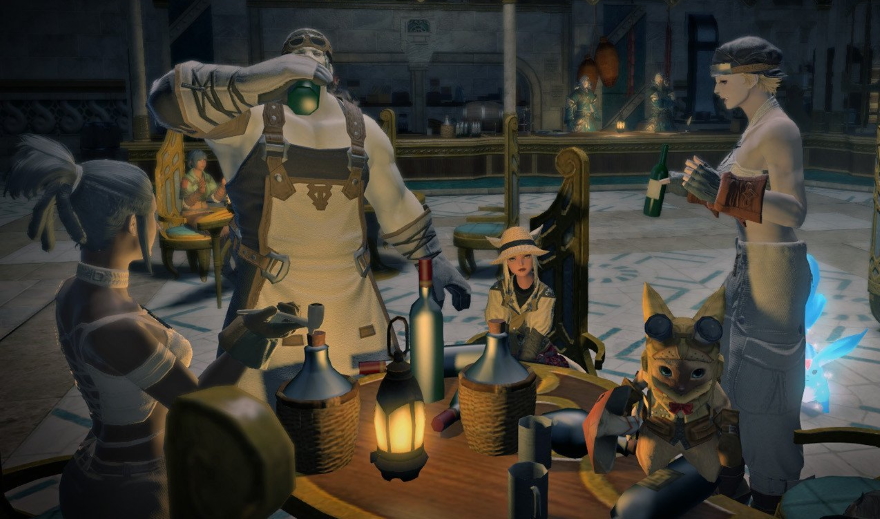 Is Utakata’s favorite color cobolt? Magenta? Topaz? I guess not, because we got an eyeful of orange with this Blade and Soul picture. Just in time for Halloween 2020, too! 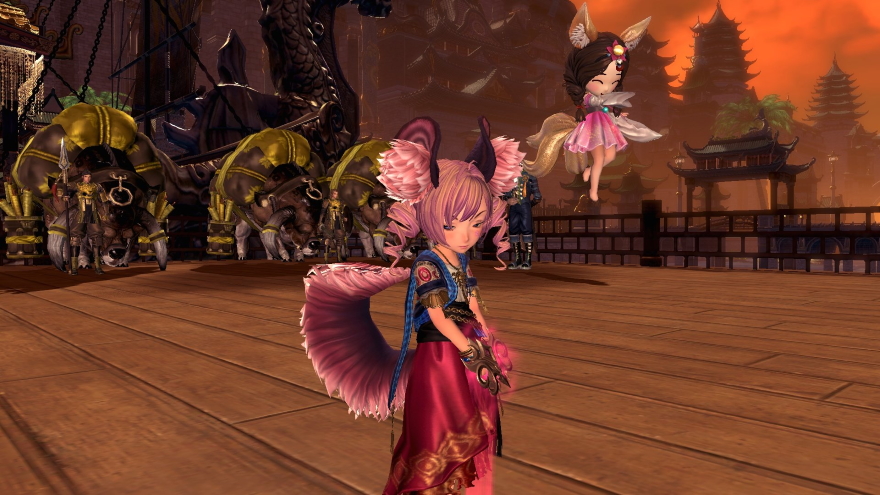 Random MMO Fan is enjoying the player antics of FFXIV: “I dunno which emotion this evokes but it is definitely a positive one and the one that makes me want to return to this game’s wonderful, wacky, friendly community of people.” 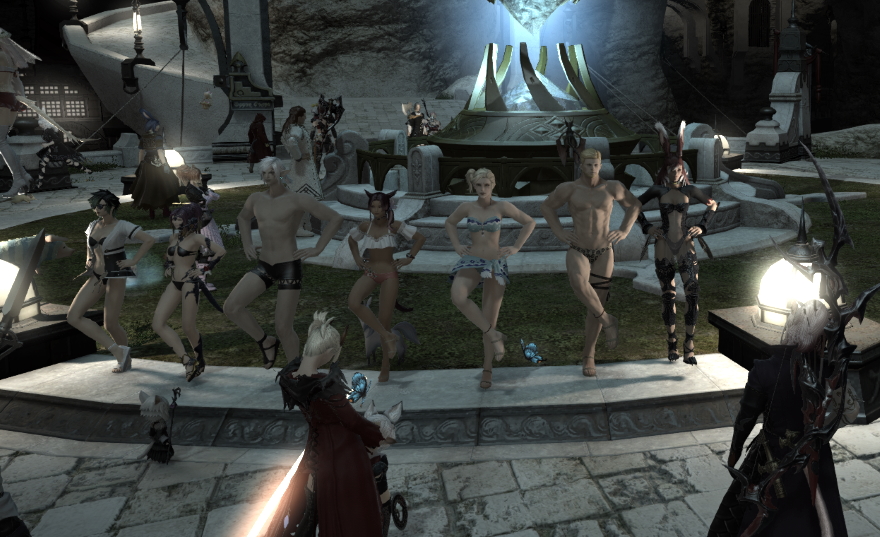 And Hikari’s back at it again with another mouth-watering shot of Guild Wars 2, now with crystal flavoring and 50% more dragons! Seriously, if you took the dragons out of that game, Guild Wars 2 would collapse like a deck of cards that your two-year-old nephew decided looked “pretty.” 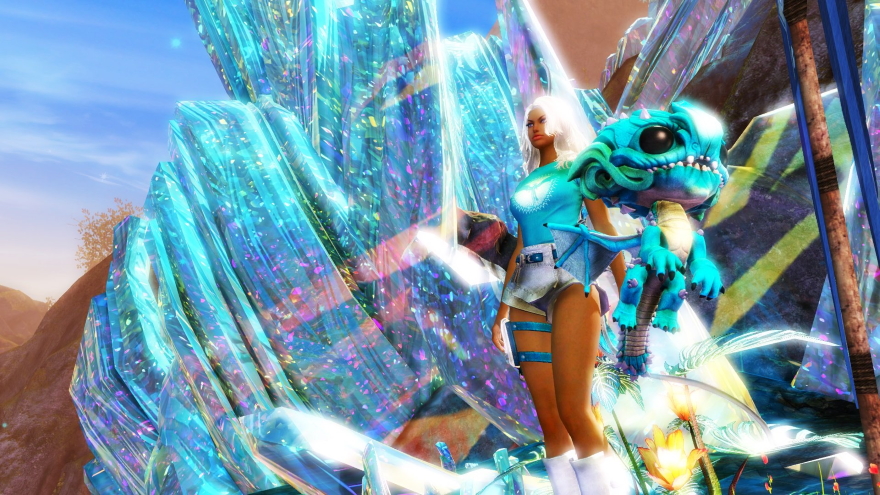 Mood lighting: It can make a huge difference! For this week’s screenshot challenge, post a picture of an area or your character that’s doused in lighting effects of some kind. Or, you know, just post whatever you want. I can’t stop you. Well, I’m a mod, so I could, but I’m probably too lazy.

I’ve got two more that I just took. I love /gpose so much.

I’ve got one more that I just took. I love /gpose so much.

At least the opening paragraph wasn’t tongue in cheek, right?

I feel like this week’s challenge is tailor made for FFXIV.

Here are a few of my recent ones

You see, I’m on a no additives or preservatives kick right now. It will probably last until I’m offered something sweet to eat, so not long. But why not apply it to this weeks screenshot challenge?

So here you go. An all natural light effect from Anthem. When spelunking in caves or in this case a chasm, Anthem always provides beautiful scenery.

Star butts are all fine and dandy, from a distance

This thread is ass.

Hmm… did I post the Oze shots before? Those are pretty and glowy.

So eager to post a screen shot, I went totally “off-mission”. My apologies.

Does a glowing plant count?

I don’t see why not. Your caps are always welcome.

It does if it’s a shiny glowy Black Desert plant?

And we have your axe!

As long as this is FFXIV screenshot then everything counts ;-)

Seriously, I wish more people would make screenshots from it and post it here. Such a beautiful game especially with some filters applied (this is not mine but just an example for everyone):

Yea it is, I am always amazed by what some people can do with their characters in this game, unfortunately I cannot use Reshade as good as they can, so I just take screenshots without things like that or Gpose ;-)

Really nice shot, though it looks modded as well. I don’t recall seeing that chest piece anywhere, and I know for certain Viera don’t have a hairstyle like that.

The Daily Grind: What does a new MMO have to do to get your attention?

The Daily Grind: What does a new MMO have to do...