It doesn’t take a crystal ball and a Mind Flayer to suss out the future of Neverwinter, just a few chatty Cryptic developers. The Dungeons & Dragons MMO team assembled this week to share the game’s 2020 roadmap, a roadmap which actually extends into the first half of 2021.

END_OF_DOCUMENT_TOKEN_TO_BE_REPLACED
This year will be dominated by Module 19, which is named Avernus, and several episodic chapters of “The Saga of Zariel.” Along the way, scaling systems will be evolved, the winter festival reworked, and a “big surprise” may appear by the fall. According to viewers on Reddit, the devs heavily hinted at a new class as the surprise, but take that with a grain of salt.

Module 20 and a new story arc are on tap for early 2021, along with a new event and dungeon. You can check out the full roadmap, month by month, in the chart below. 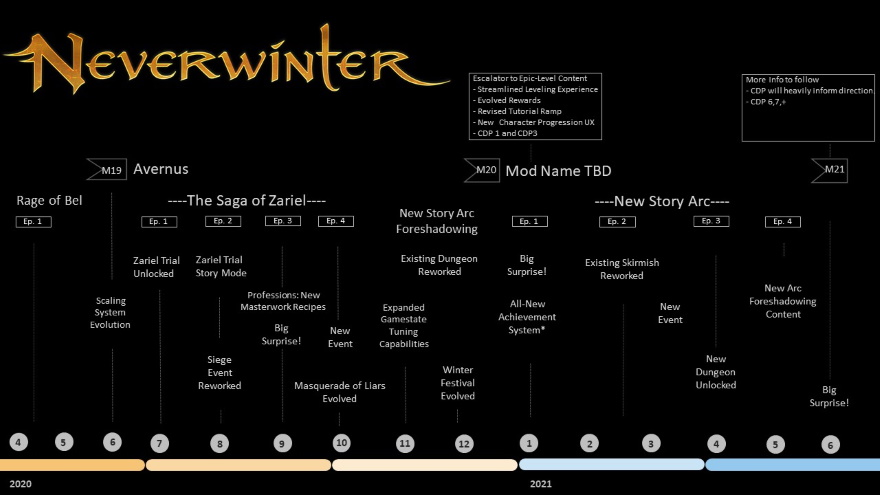