Senior producer Nico Coutant has provided a look ahead that will be of interest to Blade and Soul fans, marking the next few months of content and also addressing the Unreal Engine 4-designed elephant in the room in his latest producer’s letter.

END_OF_DOCUMENT_TOKEN_TO_BE_REPLACED
Let’s get it out of the way: Unreal Engine 4 will be coming westward, with assessment of when these upgrades can make it to our version of the game after the Frontier World servers in Korea go online. There’s still no timeline on when the upgrade is coming, but Coutant promises it will be some time this year.

As for what’s coming up in 2020, there’s a roadmap laid out with new content already planned from March to June. Players can look forward to a skill update and Hongmoon Level increase in March, a new part of the Rise of Silversteel story in April, a new weapon tier in May, and the third spec for the Force Master in June among other updates. Make sure to take a peek at the official letter as well as the roadmap image below for all the specifics. 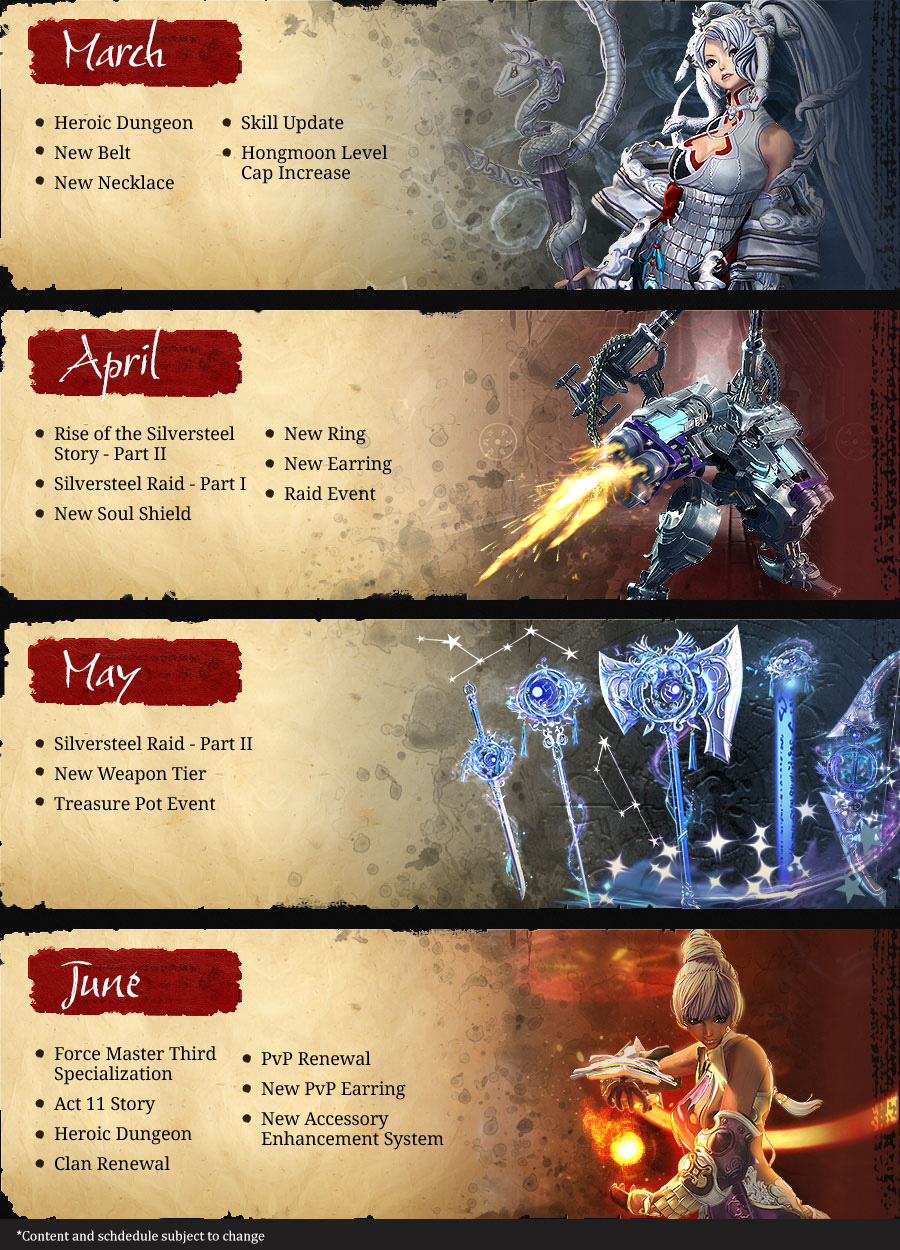 A side not: Not a lot of games can publicly release a month-to-month road map. The fact BnS does it is a plus. However to me personally, as long as there isn’t a date on UE4 upgrade, there would be no hype.

Hmm. As a BnS player it is hard not to be excited. Seriously. If UE4 is as advertised the game is going to go through a quantum fold improvement. BUT… let’s just wait and see how it goes.

I do think it is smart to treat this upgrade as a new server launch. There are too many things that could go wrong if everything and the kitchen sink was involved. At least this way, the game will be intact and playable despite whatever issues UE4 encounters.

UE4 this year? I think he is being optimistic. But I do appreciate the sentiment. If it does land this year it will be a huge boost to the game, though. Well worth the effort given the recent declines for NCsoft.

As for the rest? It doesn’t sound half bad. Heh. New Hongmoon levels means a lot “elite” content will open up to the masses. And that helps the economy too. New weapon tiers will refresh the grind for those that have to have them. So, it will be an eventful few months.

But let’s not kid ourselves. At this point it is all about UE4. It’s success or failure will determine the future of this fun game.