Is seven a lucky number? It is for Warframe, which is turning seven years old this month. Actually, I think you could argue that every year has been lucky for the shooter that keeps growing and expanding — in scope, in story, and in players. Let’s not forget devices! There are definitely plenty of reasons to celebrate, and celebrate is exactly what Digital Extremes is doing right now. And you are invited along!

END_OF_DOCUMENT_TOKEN_TO_BE_REPLACED
While it isn’t quite time for a full-blown anniversary retrospective, the party has already started. And so that you don’t miss any of the festivities and free goodies, here’s a round up of the revelry throughout the month. There’s also an official anniversary microsite you can visit to check out the events and see a fun timeline of memorable events.

Design the next Warframe

What better way to be be a part of the celebration than becoming a part of the game? Way back in the beginning in 2013, players helped design a Warframe. From that, we got Nova. Over the years many things have been designed by players through the TennoGen program. Now, DE is asking for submissions again to help in the creation of another original ‘Frame. If you’ve had a great idea for one, this is the time to shine and share. 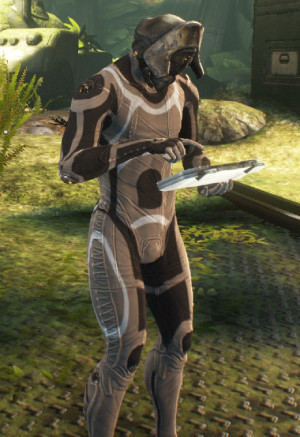 Starting things off is an open call for themes. Let your creativity run wild and share your idea for a theme on the official forums before 1:00 p.m. EDT on March 19th. You can submit only one theme per player, so if you are swimming in ideas, you might need to narrow it down a bit. There are a number of guidelines to follow as well, so be sure to study them before submitting. Ensure your idea is original, but realize if your theme is chosen, the submission — including all art and story — becomes the property of DE. Devs may need to alter the backstory or whatnot to fit into the game.

Once submissions close, there will be a design council vote on the top 10 dev picks; only one will emerge the ultimate winner. Then, between March 27th and April 16th, community artist Eornheit will work on the design. Players have another chance to influence this Warframe creation when a call for ability ideas opens from April 17th through the 30th. A special alt-helmet will also be designed by TennoGen artist Faven. Progress that the community can follow will continue until the ‘Frame in its final design and name are revealed live at TennoCon 2020.

Oh, and just an FYI: If you happen to be the winner of the theme contest, you will be flown to London, Ontario, in Canada to attend TennoCon 2020 and see your creation brought to life in front of the crowds. If you thought attending TennoCon was a rush, can you imagine attending as a creator?

Who doesn’t like free gifts? And that’s on top of a free game! With a month-long party, you don’t have to wait to get the goodies. First up, Warframe is giving every player who logs in before 2:00 p.m. on March 30th a set of free Dex Raksaka Armor. There is no restriction on this: All players on all platforms — PC, PlayStation 4, Xbox One, and Nintendo Switch — all get the set just for logging in. Check your mail once in and find a nice little note from Ordis sharing your shiny new chest guard, shoulder guard, and knee guards.

It won’t matter much when you log in for the free armor (as long as it is before the 30th), but if you want to take part in the return of the anniversary alerts, you’ll need to pay attention to the limited time frames. Each weekend throughout this anniversary month has its own special alert with specific rewards from previous years along with new ones, like an all-new glyph. All alerts run from Friday at 2:00 p.m. to Monday at 2:00 p.m. Eastern. (Don’t forget, we switch from EST to EDT this Sunday morning, so don’t let that throw you off!) 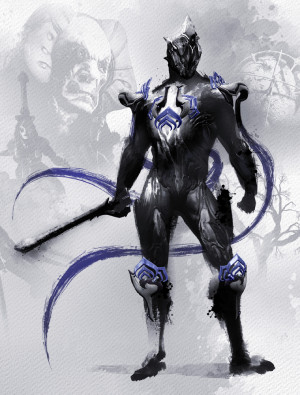 I may already have the Dex weapons, but that’s no reason to forego the alerts. I personally can’t pass up getting free weapon slots, and I really want that Excalibur Dex noggle! So even if you’ve done past alerts and earned any of the weapons, be sure to hop in and get the other goods. Just remember to get rid of the spare weapons and don’t accidentally equip and start leveling them (unless you really want to, of course!). Not that I would know this…

In addition, this first weekend has double affinity running right now. That may or may not translate to a buff on other weekends as well, but I bet it will.

As with TennoCon t-shirts, players may want to collect some special limited real-world swag to commemorate the event. Digital Extremes has obliged. The Warframe store has shirts, pins, posters, and a bundle of each to grace players walls and selves. The poster is this year’s featured item; it’s an original, numbered, Japanese-stylized work of art for your wall. That cool image is the one also printed on the shirt and the pin. I’m really digging the art and would love to see that image on even more items!

A fun jaunt through memories is the 7 Years of Warframe timeline infographic Digital Extremes added to the anniversary microsite. It starts with “Wake up, Tenno,” and touches on the Lotus, fan-favorite Clem, Kubrow monstrosities, Solaris, and more, all the way on up to good old Kuva Liches. Of course, so much can happen in seven years, and this timeline can barely scratch the surface.

What would your favorite memories of the game over the years? Was it a mission, a mob, a moment? We’d love to hear them! And so would Digital Extremes: The studio encourages players to tweet their favorite memories with the hashtag #Warframeis7. And don’t forget to share here as well.

Gosh. So many favourite moments.

1. Second Dream/War Within. Anybody who says it isn’t one of their favourite moments in gaming must have been alseep. Holy shit. Still makes me emotional thinking about it.

2. Honestly just hanging out and faffing around with my Sahasa Kubrow. I haven’t had any other MMO companion I’ve enjoyed so much. I won’t use any other. Not even for MR. I like him too much.

3. Yeah, and actually theorycrafting/building a new weapon is also my favourite time. Probably had the most fun when they released with new Opticors. Many Grineer suffered BFG Death From Afar on Cetus when I was testing out the Vandal.

I made the mistake of playing Chains of Harrow at 2am… didn’t sleep well that night.

Such a great example of making the player feel *redacted*.

Aww, the way they’re running the competition nixes the idea I mentioned during the stream of submitting a ‘frame design based on Mo!

I’ve seen a bunch of people complaining about most of the anniversary rewards being repeats of previous years, but I like that newer players have a chance to get all the old rewards while there are still a couple of new things sprinkled in for us vets.

I don’t really understand the complaining either. They add a new item each year (although I’m still hoping each year they add a new Sentinel… still hoping. OnO )) Even if you already have one of each weapon they come with a free slot, so there’s still a little freebie thrown in even for the people that have everything.

And honestly if someone is complaining because “I have it and I want it to be exclusive so I can lord it over other people that I have it and they don’t”… well, anything that aggravates such people is a good thing as far as I’m concerned. (And I’m speaking as a Founder who would not be upset at all if they suddenly reversed course and offered Excalibur Prime to everyone. Although they’ve apparently made it clear that because of the specific wording on that offer, he’ll never be coming back. :( ))

Favorite moments playing? A few specific quest moments that are too spoiler to even mention. And just generally playing solo in the Derelict maps. It’s an interesting tileset with more visual appeal to me than the “untouched” Orokin structures in the Void. Although I do miss when Grineer salvage teams were a rare event in that tileset and not part of every single mission. “There’s a security team ahead. It’s the Grineer.” Yes, thank you Lotus. Of course it’s the Grineer. It’s *ALWAYS* the Grineer. OnO