Oh, come on, City of Heroes: Homecoming devs! I already spend too much time in the costume creator of the game, and now you’ve gone and added asymmetry options to the thing on the latest PTS build? Are you kidding me? Are you not aware that my time is a finite resource?

That’s right, there are now asymmetry options available for gloves and boots to play around with. While this asymmetry toggle isn’t available for every set of gloves and boots in the costume creator, there certainly appear to be a large number of them available now, and more will be added as they pass internal testing and QA. The latest PTS build has also separated Auras into two categories: Auras and Path Auras.

The asymmetry options are available to test now and the devs are eager for lots of feedback, so get in there and get creative. Assuming you have the time to, anyway. Jeez, guys, come on. 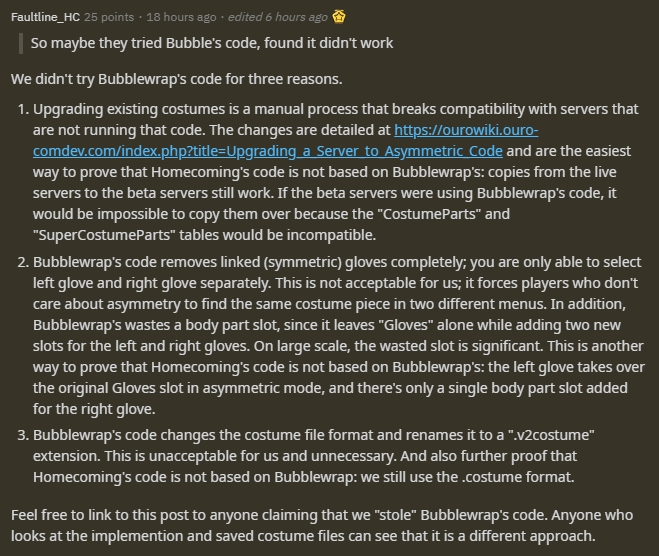 Sure hope they get NCSoft on board soon. Would love to play CoX again.

You could have been playing for the past year already.

Well, I agreed to NCSoft’s terms of service and licensing agreement. I do not give my word or take such things lightly.

Thanks for that laugh.

What was NCSoft’s quote? ‘You can play free, forever!’?

I AM THE ANUNG UN RAMA!

That’s pretty cool. I rarely use asymmetrical outfits but it’s always good to have more options. Well, unless you’re addicted to the character creator that is!

Perfect Ten: Ranking the Guild Wars 2 professions from best to...