Albion Online has been one of those sandbox MMORPGs that I’d always had a passing curiosity about, but was never really eager to take the full plunge in to, owing to its PvP nature and some of its presumably challenging beginnings. Now, though, it feels like there’s enough game for even my PvE-preferring self to check out and things appear to have leveled off to a point that starting fresh would be feasible, especially since it’s a free-to-play game.

My time this week was limited owing to a number of personal matters, but I was able to at least check out an excellent tutorial. I mean, genuinely, this is an excellent opening to any sandbox game I’ve ever had. At least, when I got past the character creator; this game definitely doesn’t seem to really put a lot of stock in the avatar as a character so much as the avatar as a person in a video game. Not a lot of customization or personality building here, let me tell you. 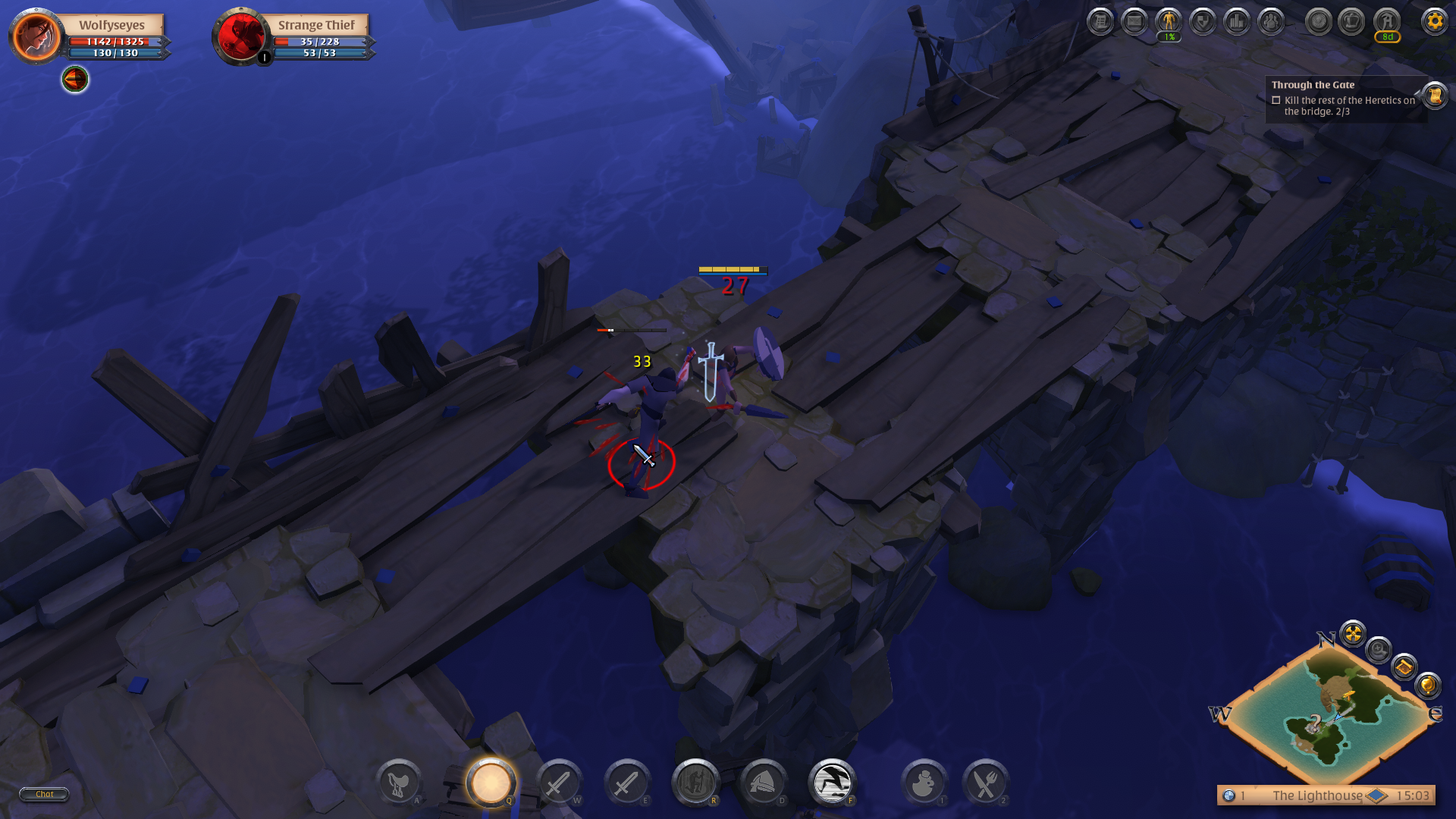 Once I got past the underwhelming character creation part, I was shepherded along in a very careful and sensible way, guided to things without really being made to feel like a complete goofball. Sure, there were some of the more obvious instructions in there (Press “I” for inventory), but overall the tutorial experience made perfect sense, layering things on and showing the basic ways gameplay in Albion Online worked.

I was mostly expecting the tutorial area to be pretty bare-bones, but the way the game opened up even at the early stages was impressive. I was certain I was going to be saddled with a sword and shield for several levels, but within a short amount of time, I was able to progress enough that other weapons – like the mage staff that you all had voted for – were made available.

Better yet, the tutorial actually encouraged its “you are what you wear” classless design, touting its equipment-based build system. Naturally, the moment I’m given leave to make my decisions about what class I should make for myself, I end up making silly decisions. Which is why my Albion Online character is going to hold a staff in one hand, a tome in the other, and wear heavy armor.

If you’re going to allow me to make these choices, video game, then I’m going to make them. We’ll see just how bad those decisions really are moving forward, but I enjoy pushing the build envelope into stupid territory. 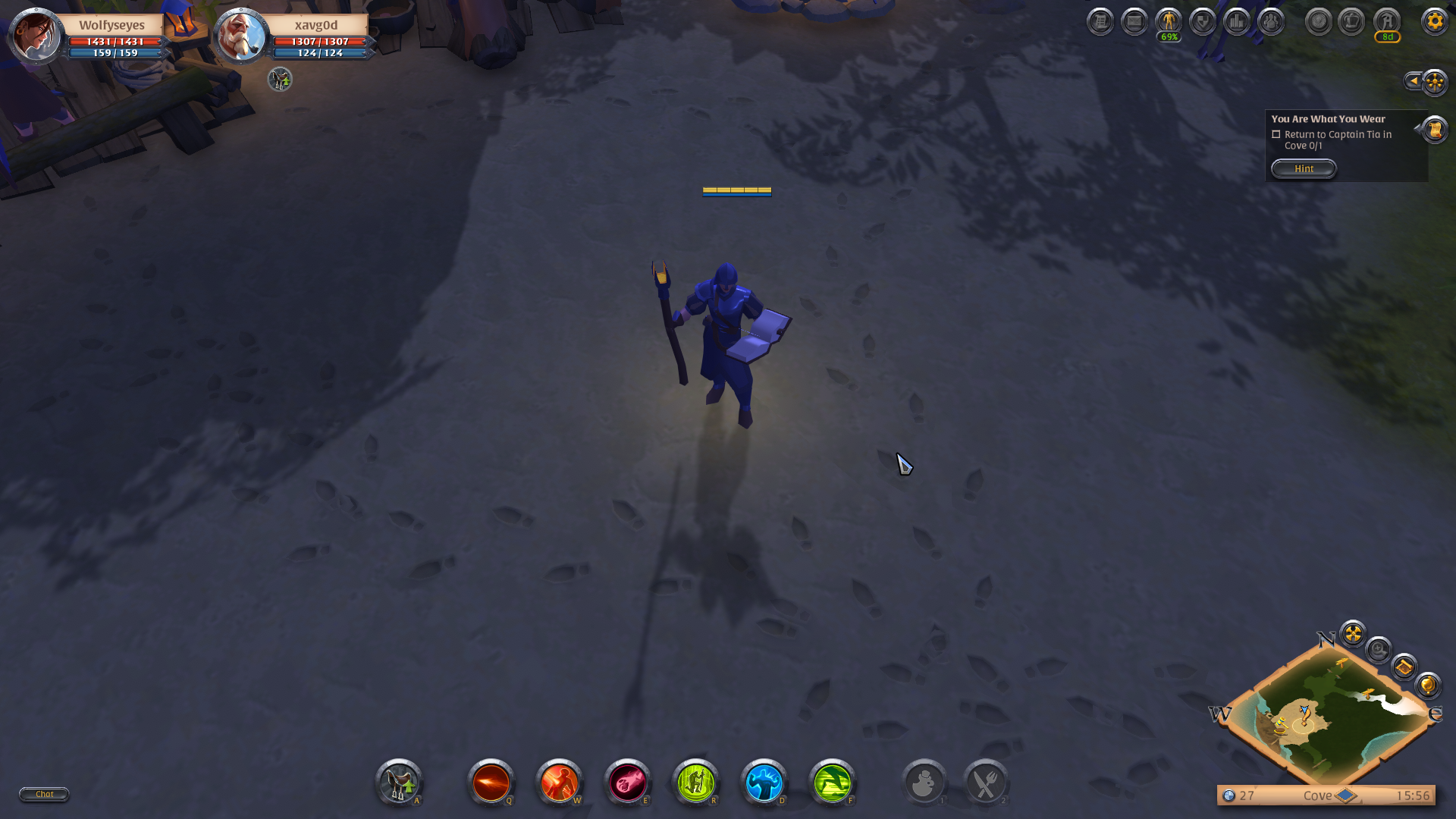 I once more have to commend Albion Online for its streamlined flow from one system to the next. After a short time, I really felt like I had a handle on how to look for gathering materials, operate in combat, and even how best to focus on crafting. I assume that specialization is going to be an important thing to focus on later, but the tutorial really did empower me to try a little bit of everything, and I absolutely did so, completely unafraid and curious.

The sensible way things seem to progress from accessible to complex seems to be best reflected in the Destiny Board, the UI element that effectively determines character progression and playstyle identity. It branches off into about five different directions, which then break off in to a number of specializations, which then open up in to additional, focused options as you move outwards. It all really does a great job of both showing how much depth lies in wait without making me feel seized by analysis paralysis.

At this point in the game, all I’ve effectively done is move from the tutorial area to the wooded biome region. Even so, I feel 100% ready to press forward and take on the challenges in the world of Albion Online. In fact, I think this is the single best feeling I’ve had entering a sandbox MMORPG entirely. I might have been impressed with how the guidance in Legends of Aria worked, but this game brings it to a whole other level in terms of flow and information. I’ve never been more prepared and equipped to get started. 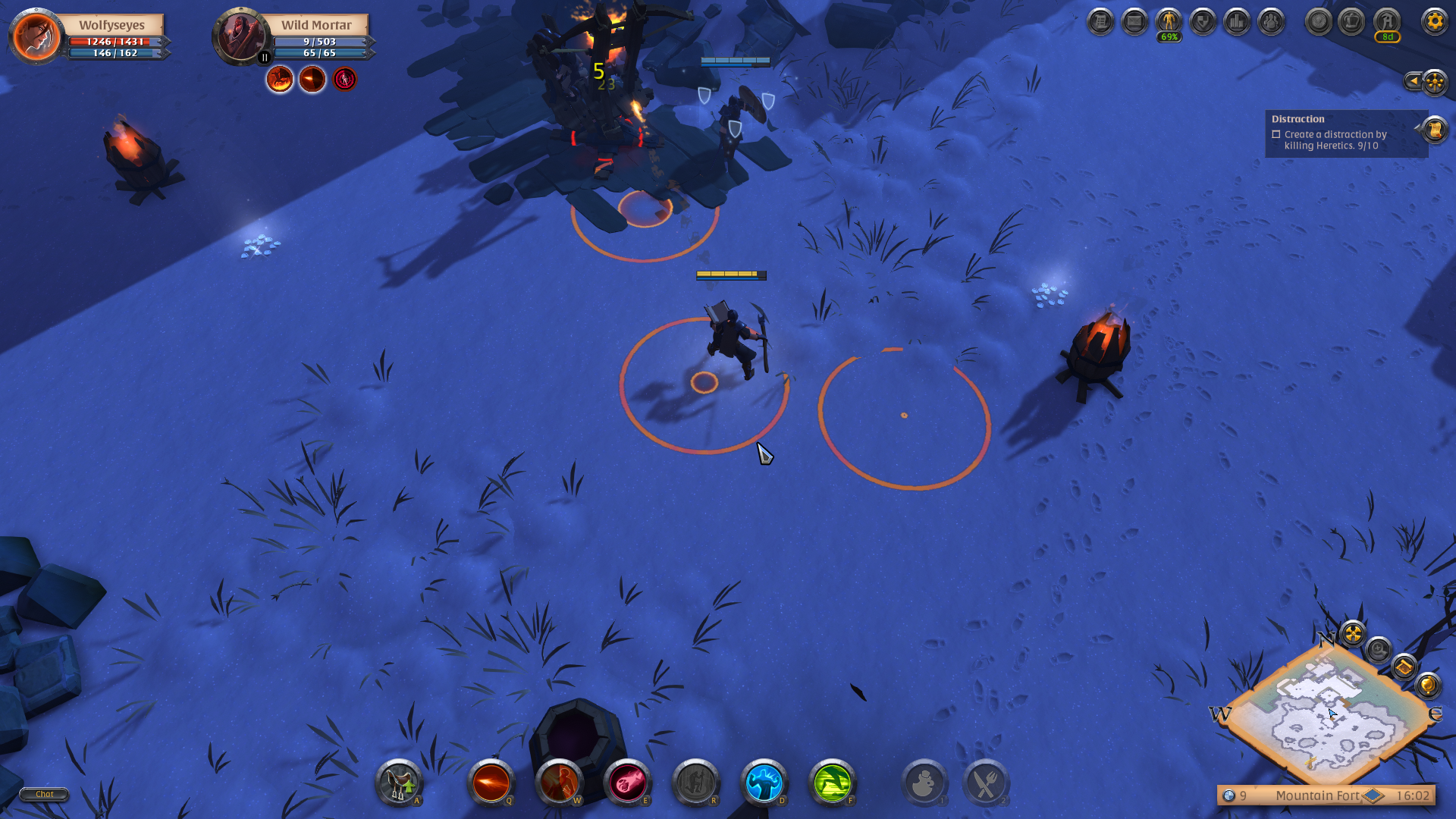 Of course, getting started is, ultimately, the point of our continuing adventure, and while I only had time to myself enough to get through the tutorial zone, I actually have come to a point where some poll options have come up. Since the world of Albion Online feels like it’s slowly opened up to me, I think a few questions on how to focus and where to go next would be smart.
The first question is where to go, effectively. I’ve chosen my biome for where to start (mostly in the interest of ensuring I have the crafting materials I want), but there are a couple of options on what to focus on next. I can either continue taking the little quests that appear to be waiting for me, or I can start roaming the world, trying to make my way around, exploring Albion Online, and maybe finding other quests and activities to do. So that’s poll question number one:

What should be my focus in Albion Online?

Poll question number two is an extension of last week’s poll in terms of build focus. I think I’m slowly getting a hang of how best to be a mage in this game, but now that I’ve opened up some new paths on the Destiny Board, it’s time that I decide on what kind of mage I want to be. Which, effectively, means choosing the kind of mage staff to unlock and try to craft next. So that’s poll question number two:

What magic staff discipline should I unlock next on the Destiny Board? 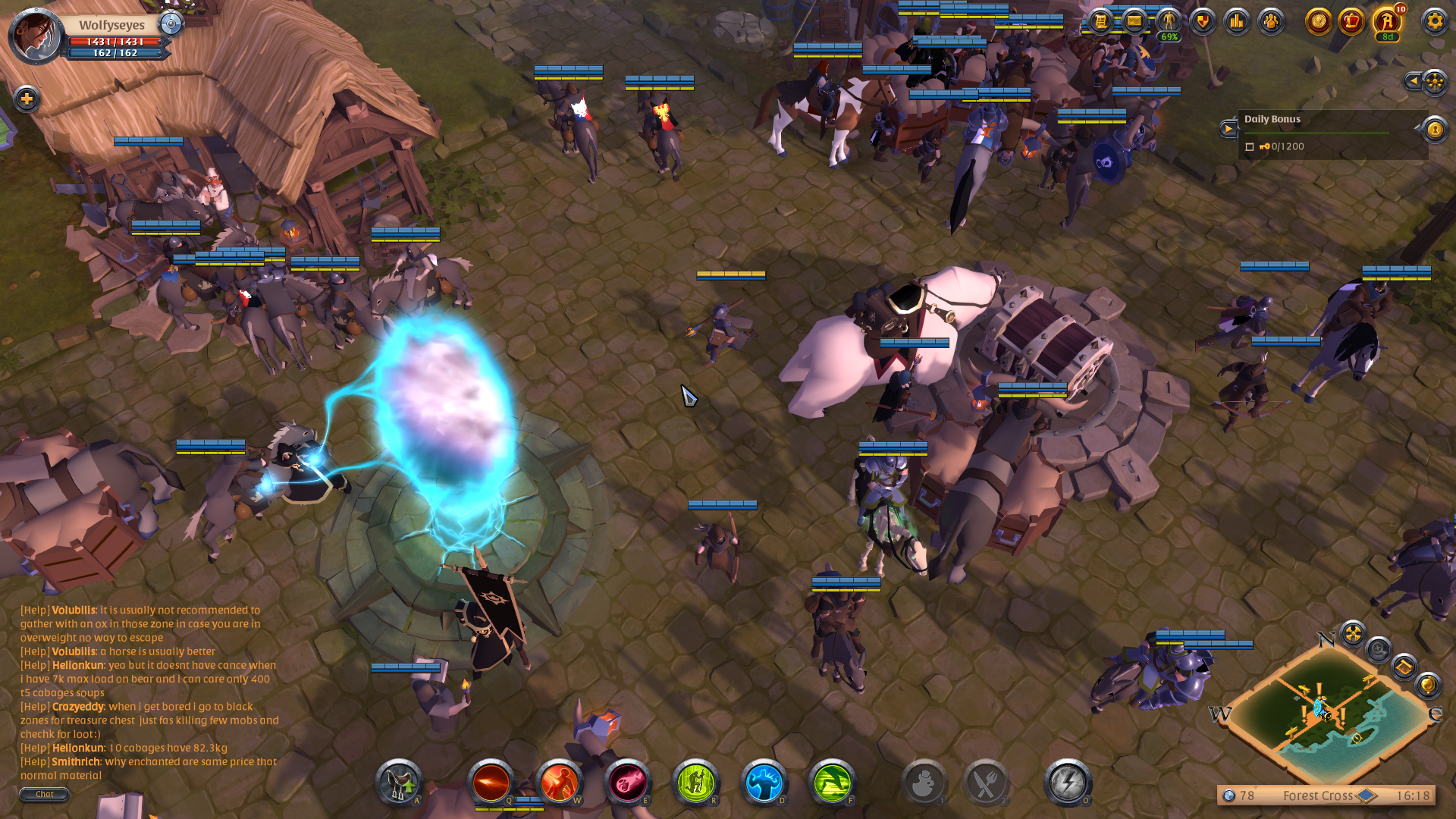 Like usual, polling will close on Friday, March 13th, at 1:00 p.m. EST. It looks like I’ll have more time to myself in the coming week considering all of my little interruptions have been cleared, which means a lot more time to dig in to this very intriguing bit of sandbox MMORPG gaming. Until then, I’m looking forward to seeing just how deep the Destiny Board rabbit hole goes and just how much I can do as both a PvE-minded player and a free player.