Hands down, Shadow Arena is my favorite battle royale. But just because I’ve written so many glowing words of accolades for the game does not mean I’m not worried about the game. Shadow Arena is entering a very crowded genre, and I worry that I’ll have to pen a future Desert Oasis column on the game’s untimely death within the next few months.

END_OF_DOCUMENT_TOKEN_TO_BE_REPLACED
I don’t want that to happen, and I think it’s totally avoidable. In fact, there are plenty of ways to help this game succeed, and I’m going to take my column today to outline a few of them. I’m approaching this analysis from a bottom-to-top perspective, believing that once certain foundations are established, certain aspects get easier.

The first thing Pearl Abyss needs to focus on is not repeat any mistakes made in the past. 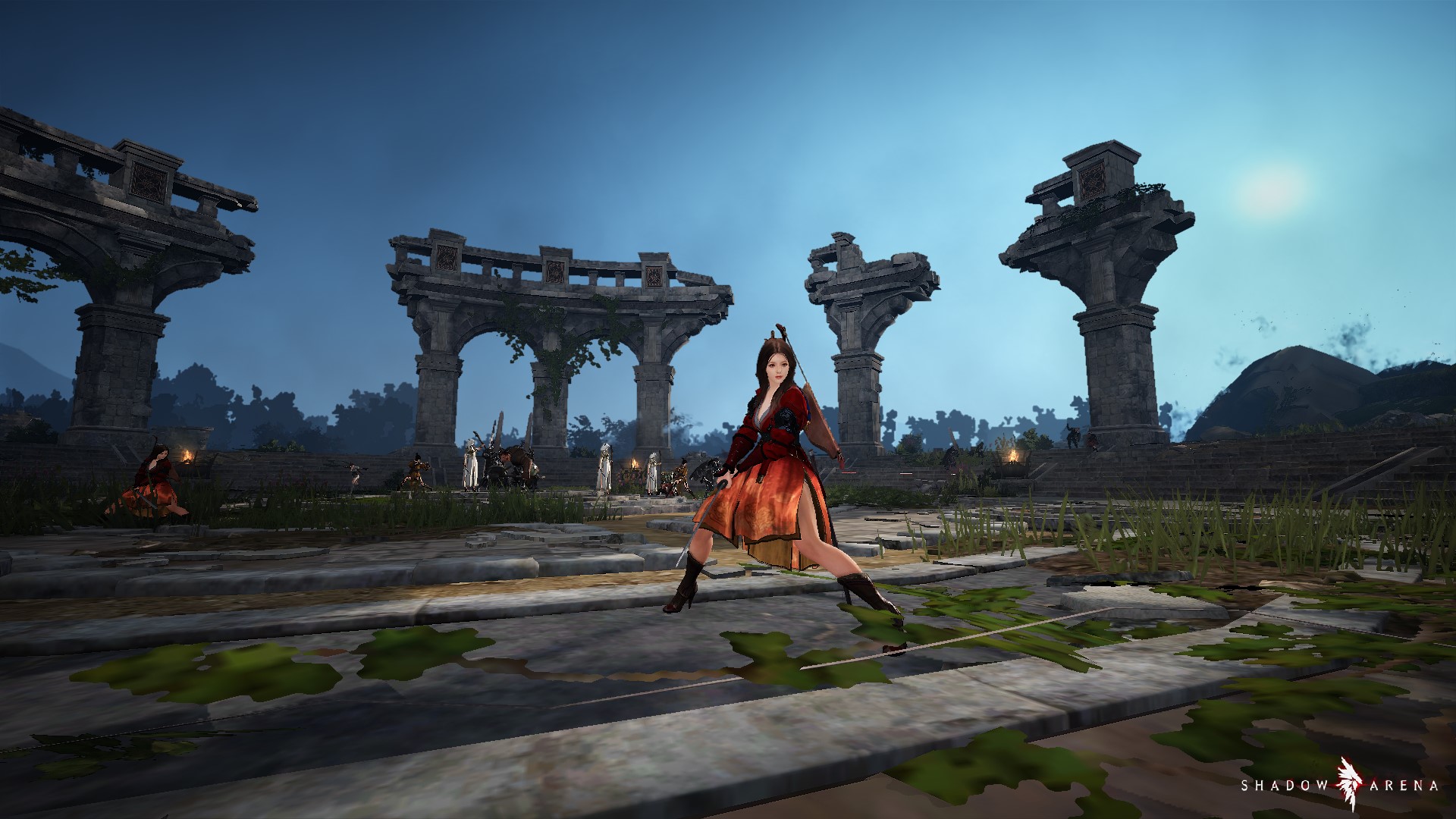 I sound like a broken record here, but that’s one of the main reasons this mode failed in the first place. I will be so upset if I hear about out-of-control cheating in this game. The game currently uses Easy Anti-Cheat, developed by Kamu and owned by Epic. Popular games like SMITE, APEX Legends, and Fortnite all use the tool for all their anti-cheating needs.

That’s a pretty good portfolio, so I’m glad it’s there. But just having the anti-cheat isn’t enough. I don’t want to see the same tone-deaf blanket banning or fixes that don’t actually fix anything that happened in Black Desert. PA needs a dedicated team that keeps an eye on the cheating and really protects the integrity of this game. This includes patching in hotfixes to get rid of exploits as soon as they come up. It sucks to lose to someone who’s using an exploit; it’ll be even be worse if nothing’s done about it for three months. Clearly, the devs need to keep their ears open…

Listen to, and be transparent with, the playerbase!

The players will know more than the developers. Internal tests and closed betas can only go so far. Once out in the wild, players will know more about the game than the devs. During the beta, the team was very quick to make adjustments to Goyen’s insane crowd control. I really appreciated that; they were some pretty smart moves. And that was thanks to the community feedback. It needs to be consistent, and a regular schedule is paramount to making this game work – bi-weekly adjustments are what I would like to see happen. It’s long enough to identify any errors in balancing but short enough to squash any bugs that might come up.

Black Desert developers have a reputation for not knowing their game balance and being sluggish when responding to feedback. This can’t happen with this game. It’s a battle royale, and losing a single life because of some insane imbalances will not be good for the game’s long term health. They will learn more about their game from the players. Player reception should inform any of their future directions. With a leaderboard in place, there will be a knowledgeable playerbase that takes this game seriously and provides knowledgeable feedback.

Of course, not all player feedback is good feedback. The developers still get the final say on the product. The team needs to sift through the good and the bad feedback, and the only way it can know which is good and which is bad is if it clearly defines internally and to the playerbase what makes this game unique, fun, and good.

The team should be clear on what its vision is with any change made so the playerbase in turn can figure out a compromise between the balance change and the overall vision of the product. And with a clear vision, we need a visionary…

Put a face on the dev team

Anyone remember Guild Wars 1’s Isaiah Cartwright? He was the combat balance guy. He was the go-to guy when it came to any victories and mishaps with balance. He, along with Gaile Gray, were the two most recognizable names in that team. Then there’s Final Fantasy XIV’s Yoshi P. Calling him instrumental to the game’s rebirth would be the understatement of the decade. We can’t forget Overwatch’s Jeff Kaplan, who is both fun to mess with and transparent enough to trust, even with Blizzard’s current reputation.

These teams have people who bridge the gap between the playerbase and the dev team. I cannot think of anyone who plays this role on the BDO and Shadow Arena teams. I would really love to see someone step up and make regular update blogs and videos for players to work with. We need someone for the community to poke fun at! It would help if they were funny in that Jeff Kaplan way and with Isaiah Cartwright’s knack for balancing combat.

It can’t just be a community manager either. It’s got to be a developer, one whom even people who don’t play the game know on a first name basis. This person will make the games less like a poorly timed cash grab and more of a passion project. It’ll be someone for players to unite under and ultimately puts a face on that branch of the company. With all those in place, the team and player base can collaborate to…

Balance the game around its fundamentals

The most fun thing about Shadow Arena is the counterplay potential. I want exciting duels to the death, not aggravating one-shots while I’m picking up gear. It’s so ingrained in the game’s system already. I’m not sure whether that was on purpose or an accident (because the team doesn’t really communicate that), but it’s what makes me come back for more. Regardless, it is a fundamental part of the game’s inner workings, and it’s one of the major ways Shadow Arena establishes an identity for itself.

Objectively, Shadow Arena has fewer skills to balance than Black Desert, which is a good thing because at least energy can be poured into balancing a smaller pool of skills versus the how-ever-many skills there are in BDO. The complexity in balancing around counterplay is finding out when it’s too much. Give the defending player too many options to escape, and I can imagine a passive meta-game where aggression will not be the best approach. On the other hand, give too little, and we’ll end up with a lopsided fight from beginning to end. But as long as Shadow Arena can maintain a collaborative atmosphere, I think it’ll work out well for them.

I enjoy mmo pvp and in theory I should love this game, but I hate it. There seems to be constant lag/desyncs and I have 600meg internet with exitlag so that shouldnt be a thing. Certain classes can stun lock you into oblivion and we already know if there is one thing that pees mmo players off, its prolonged loss of control. Add to that instant teleporting and the inability to zoom out and certain classes can juke you out of your pants quite easily. Sure this is a beta but the same sort of issues plague regular BDO so its fair to say some of this might just be the way it is.

This is the big thing I don’t see getting enough coverage on these kinds of topics. The desync/lag we saw in the last shadow arena test was atrocious. Like I’m sure it’s fantastic over in Korea, but over in the rest of the world it’s just super bad. It barely works in the game, and the battle royale based on the game is no different.

Nothing this article states means anything when you lose because a guy has 500 ping and just desyncs through all your abilities. Abilities on people’s screens were being interrupted only to continue go off because on that person’s screen they had already done the move. It’s just unreal and bad.

DC Universe Online hints at a ‘big storyline climax’ for this...

The Daily Grind: Are there any PC MMOs you wish had...

The Stream Team: Cleansing a Jedi Master’s mind in SWTOR