During Blizzard’s livestream yesterday, Hearthstone made a number of big reveals as part of a 2020 showcase, unveiling among other things content and updates arriving as part of the new Year of the Phoenix, a new expansion, and the announcement of the Demon Hunter class.

END_OF_DOCUMENT_TOKEN_TO_BE_REPLACED

The Year of the Phoenix promises a variety of updates including duplicate protection across all rarities of cards, the ability for returning players to earn a competitive deck for their chosen class in order to get back into the game easier after a long time away, and promise of more modes in the future.

Overall, the Year of the Phoenix will span three phases, with at least one major event, free PvE content, and updates to Battlegrounds. This includes updates to the rank systems for Standard and Wild during phase one, a new game mode that utilizes player card collections and is similar in scope to Arena during phase two, and a rework of progression systems near the end of phase three. 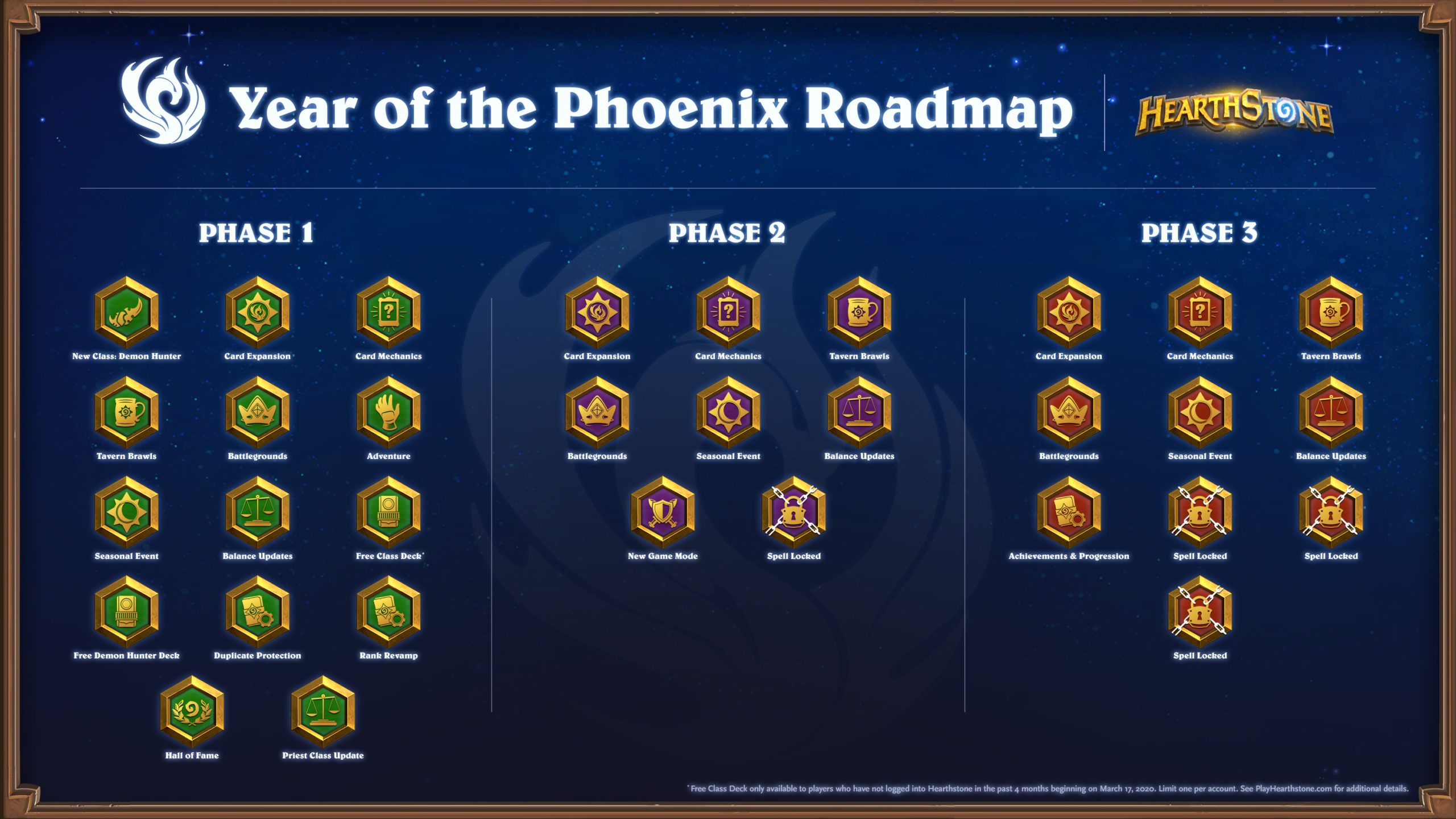 The stream then went on to unveil its next class, the Demon Hunter. This new class has a number of tricks such as a Hero Power that enhances attack, the ability to use fel magic to deploy massive demons to the field, and the class-specific Outcast keyword, which confers special bonuses to cards when they are placed on the far end of the board. This new class first makes its arrival on Thursday, April 2nd, with a series of four single-player missions, and then officially unlocks on Tuesday, April 7th.

The Demon Hunter, incidentally, ties in to the Ashes of Outland expansion, which will also bring on the Prime minion type that gets stronger when it dies and a new solo adventure arriving later in the expansion’s cycle. One feature of the expansion launches today: a Tavern Pass battle pass that includes four Arena tickets, advanced stats, a number of Battleground perks, and early access to Battlegrounds Heroes. The pass will set you back $19.99 or 2500 Gold.

You can get some briefs on other updates arriving with the new year including reworks of the Priest and cards entering the hall of fame on the official site, check out the full stream and cinematic reveals of the Demon Hunter and new expansion in the embeds, and also look through the latest patch notes, which offers Kael’thas to everyone who logs in.

Wish it was Monk instead

Was certainly not prepared! Hope we’re getting more deck slots.