Welp, here’s something I’ve never seen before: An online game is offering up workouts and recipes that players can do from home while under COVID-19 lockdown. Wargaming’s World of Warships sent round a set of blueprint-like instructions to help gamers out.

“In these challenging times, World of Warships aims to support its community with their health and wellbeing, thus rolling-out two navy-inspired initiatives which can be tried out at home,” the studio says. “That’s not all. Players can encounter their new comfort food with three authentic recipes inspired by traditional dishes served to American and Japanese sailors during World War II: USN Bean Soup, USN Macaroni Republic and IJN Battleship Curry.” 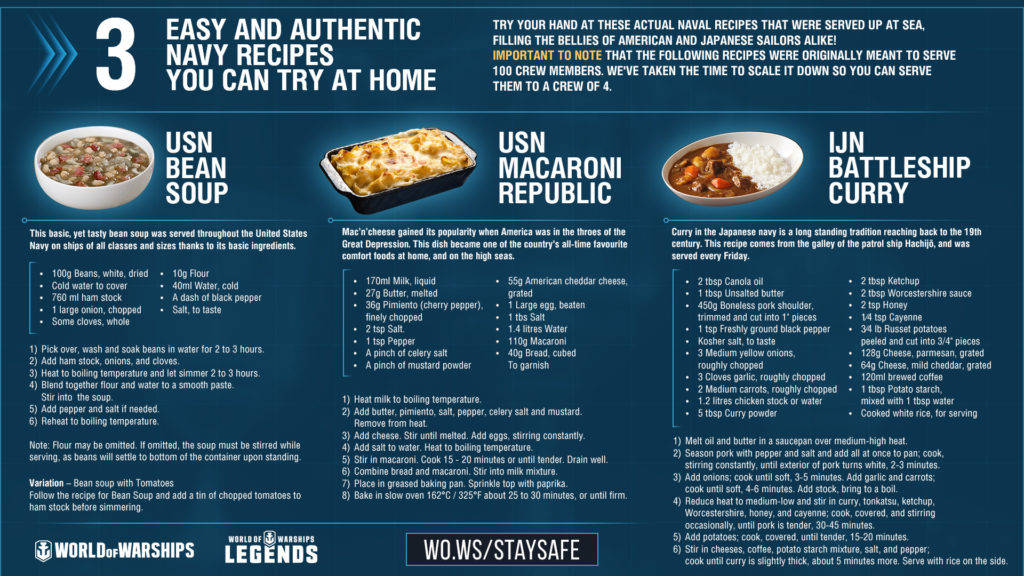 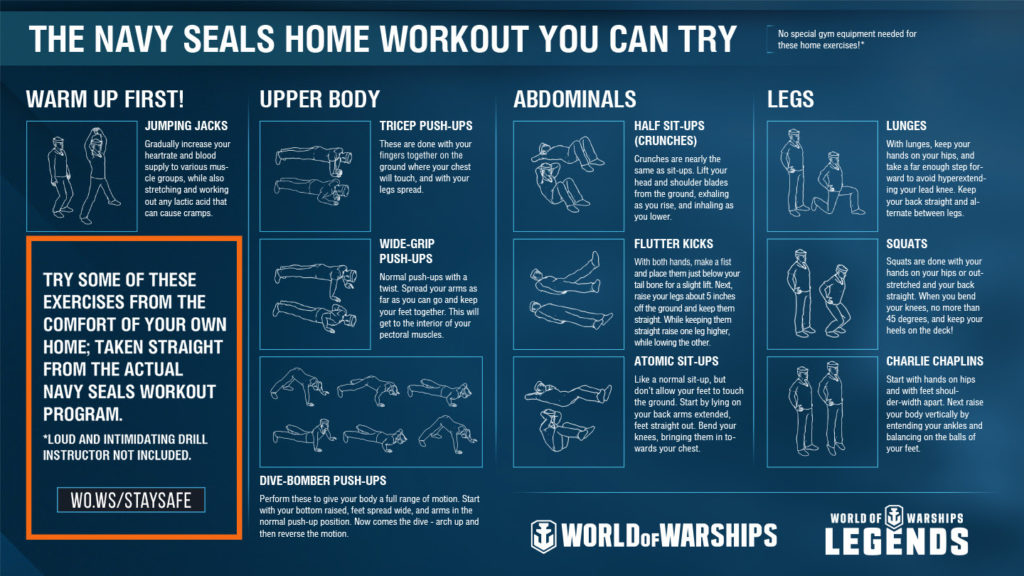 As we’ve previously noted, World of Warships is currently running a free-play promotion.

“Using War Thunder, the full air battle scene had leading actor Pavel Priluchny (‘Silver Spoon’) piloting a Bell P-39 Airacobra fighter plane while sitting in a replica of a real cockpit specifically built for the film. The scene involved experienced War Thunder virtual pilots and content makers who played with Priluchny. The shooting was set up remotely amid coronavirus concerns: the crew was located in Lenfilm studio in St. Petersburg while the director was running the process from Kazan.”

World of Tanks is pushing onward with its next big update, including the Crew 2.0 system, which adds a sort of raid system to corral multiple crews. Testing is expected this summer, but you can check out the whole preview of all the new systems on the official site now.

Aaaand World of Warships Legends is starting April Fools’ Day early with The Duck of War.

Oh lord. I saw the words “flutter kicks” and got triggered. I could here one of my old First Sergeant’s voices booming the song he would sing as we did them. *shudder*