Happy April Fools’ Day, folks. Here’s a look at a few of the goofball pranks and patches we spied in MMOs this morning!

First, up there in the header is Guild Wars 2, which has been overrun with the King of Cats! More games should have this problem. Here’s another look courtesy of MOP’s Colin, plus the devs put in a “golden sink” that is… exactly what it says on the sink! And the joke patchnotes are up now too, kicking off (not-fake) “perilous yet entirely optional distractions” running through April 7th. 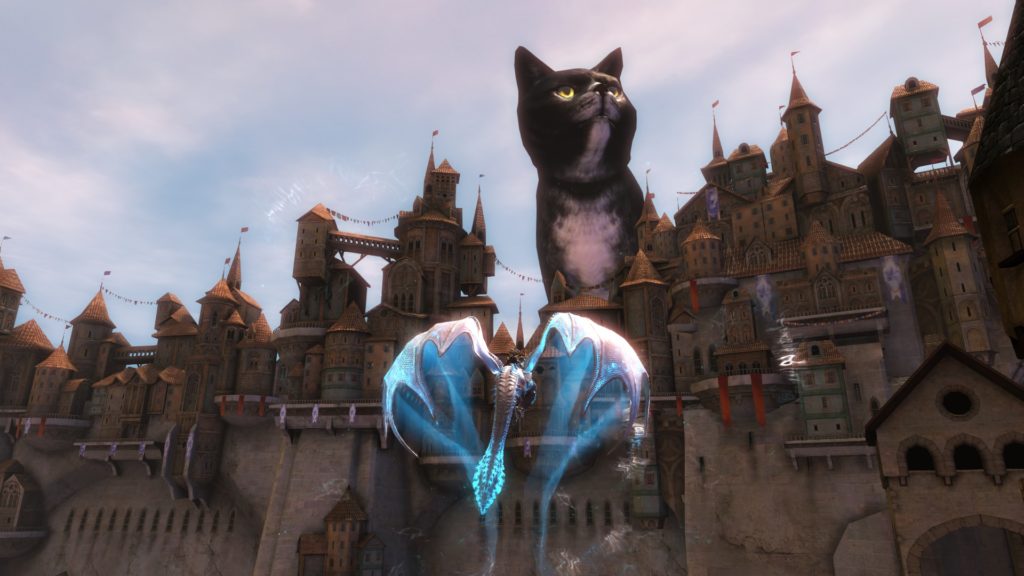 Elder Scrolls Online, of course, is in the middle of the Jester’s Festival.

Pick up the free quest starter in the Crown Store and be sure to check out Nightmare Stick Horse, The Mad Harlequin's Reverie Music Box, and more now available. pic.twitter.com/QwWDke6fAx

Albion Online put up a… “cover” of its theme song.

We’ve always prided ourselves on being at the forefront of innovation, and Planet Tech V5 is no different. Learn more about the upcoming Planar Conversion updates to Star Citizen.

War Thunder – sorry, Space Thunder – is sending players into spaaaaaace. This is another one of those actually playable ones. “The new vehicle type – space forces that engage in orbital battles will be open today for the next few days in the Events menu of the War Thunder game client,” Gaijin says. “Zero gravity and the open vacuum nature of the battleground dictates that only special space combat modules operated by professional astronauts can be used.”

LOTRO Players has finally figured out what happened to the LOTRO Producer’s Letter that was expected at the top of the year! The site has attributed it to “internal strife” over how to implement the Scouring of the Shire.

We don’t have World of Warcraft’s prank yet, but WoWhead’s is pretty funny all by itself.

City of Heroes Homecoming put a hilarious patch (it’s not just patch notes!) including more plots for Nemesis, a rebalance for the brawl skill, and a “Take Your Child to Work Day” event. This one, you need to log in to see. We can’t post video of it, unfortunately.

“To simulate a more true-to-life superhero experience, all heroes and villains must now take their children to work! Your child will follow you around and will always move slightly slower than you. Be sure to take regular breaks so they can catch up. Please note that, just like real children, you cannot dismiss them and they must be cared for at all times.”

Overwatch is beset by googly eyes.

Skyforge has announced a new Kickstarter for a board game based on the MMO! It’s a little more subtle than others…

“Mini-Figures have been specially designed to have features specific to that class:
The Necromancer: Will constantly play the same sound once you get it out of the box!
The Soundweaver: Will play some heavy EDM if you squeeze it between your fingers.
The Witch: Is made out of Catnip (don’t ask why).
The Berserker: Has a real PVC chainsaw running, sadly we couldn’t find a way to turn it off.”

The galaxy-renowned toymaker, Dr. Fool has returned! Strange things are happening in the galaxy for a very limited time! Be prepared and brace yourself for the foolery in the following link below:https://t.co/d1z4iJUOXU*#SWGLegends #StarWarsGalaxies pic.twitter.com/7xAFu4fuld 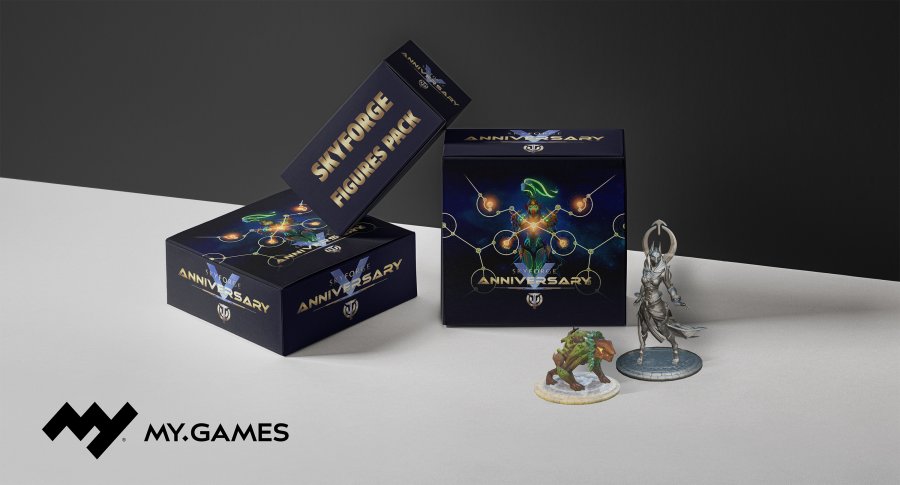 Black Desert has brought back the Liar Liar event. 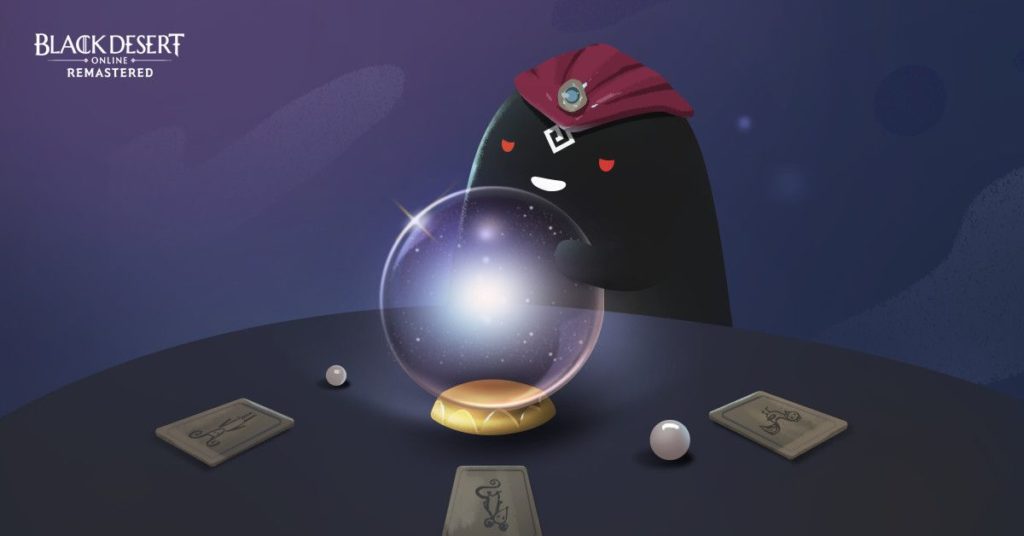 Do you feel alone in space? Are you yet to meet the endo of your life? Look no further! Frozenbyte proudly presents: "Starbae" dating app! 💕 pic.twitter.com/BY5NrSb6g0

Missed out on your 5 a day? Dr E Cole's #AprilFoolsDay event will stay until midnight tonight, so be sure to visit the cabbage patch south of Falador to get involved! 🕛

Even SoulWorker is offering masks and other goodies for the occasion.

Star Trek Online is putting on a concert!

As part of this week's cultural celebrations, we're bringing the magic of traditional Klingon Concertina to you! All of the major players in the Khitomer Alliance have been practicing on PC, and their debut concert starts at 9am PT today!https://t.co/MonEpppSK0 pic.twitter.com/ywlJ0qU6e5

Introducing the first mount EVER to run completely on natural gas: the Windbreaker! 💨

In addition to being energy efficient, this new mount boasts an impressive +40% speed boost. Hurry – the Windbreaker will be gone like the wind on 4/12! https://t.co/jALaxHURZJ #Wizard101 pic.twitter.com/a3gETSBCI2

A little something to brighten your day.

Trove’s rolled out “Inspector Cardboard” – just log in to claim yours.

Your package has arrived in Trove! 📦

Don't be fooled, claim a special reward today before it ships away tomorrow!

I’m gonna warn you right now, SMITE’s is chiefly a rickroll. But we love the “only on Ouya” bit.

Your prayers have been answered!
Dream Deity is the Dadventure game that will have you falling in love with SMITE all over again!
Available April 1, 2020, only on Ouya.https://t.co/DYECYkY2ux pic.twitter.com/IBRB1lmWXz

EVE Online’s is a huge burn on Australians, damn. (Thanks, Wilhelm!)

“We’re pleased to announced today that EVE Online will soon be localised in Australian! Despite enjoying many benefits when playing EVE Online due to their geographic location such as: a conveniently placed downtime to enable a relaxing break in the middle of primetime; an abundance of Citadel vulnerability windows timed to their region to take advantage of; the inability to align and warp anything in under two seconds which makes running gate-camps especially enjoyable and exciting. Australian players often struggle with many basic interactions in the EVE client, as many EU and US fleet commanders can attest to.”

DC Universe Online put in a retro combat parser that is… actually neat. The thread is filled with people begging Daybreak to keep it!

Neverwinter has a couple of pranks on tap, including stick pony mounts and April Fowls Day.

We’re positive there are more we haven’t scouted out yet. We’ll update as we spy more! Drop ’em in the comments for everyone!