Between the relative safe haven of EVE Online‘s high-security star systems and the lawless depths of nullsec where alliances play ping-pong with titans, there lies a grey area called lowsec. Originally a home for player pirates preying on roaming miners and traders, lowsec was expanded on in 2008 with the release of the Faction Warfare PvP system that saw players sign up to fight for their empire’s control over several contested lowsec constellations.

END_OF_DOCUMENT_TOKEN_TO_BE_REPLACED
Lowsec and faction warfare have unfortunately been badly neglected in recent years, but last week CCP shook things up a bit with the release of the Loyalty to Lowsec update. In addition to making some much-needed improvements to faction warfare, the patch also kick-started a series of in-game PvP events designed to keep people fighting in lowsec, and introduced the Battleship frigate escape bay.

In this edition of EVE Evolved, I look at the latest update and ask developers about their long-term plans for lowsec and faction warfare. 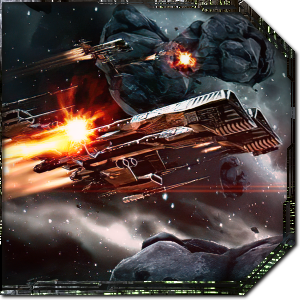 In theory, low-security space is a more lucrative area that players can move into if they’re willing to accept the increased risk of piracy. In reality, the resources are better in wormhole space and nullsec and the risk much lower. Lowsec is most useful for groups that explicitly want to PvP, be that pirates camping stargates for hours on end or roaming gangs looking for pirates to dunk, but most lowsec systems sit empty.

If you really want to get in on the action, faction warfare may be the place for you. It’s essentially a giant perpetual war between the four empires, with one conflict between the Gallente and Caldari empires and another between the Minmatar and Amarr. Individuals or corporations can sign up to one of the empire’s militias to fight in the war, and ostensibly the goal is to capture star systems by completing special sites and missions.

The capture sites are designed to act as flashpoints for small-scale PvP, with sites restricted by size of vessel to provide different tactical environments that don’t happen naturally elsewhere in the game. The system has been abused over the years by AFK farmers and 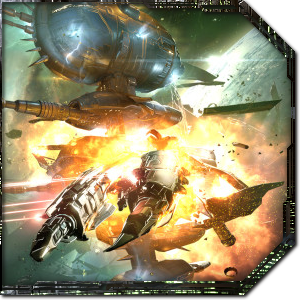 CCP has made a few fixes to Faction Warfare throughout the last quarter, such as restricting the use of warp core stabilisers in sites. The Loyalty to Lowsec update made a few more key changes to faction warfare, reducing the loyalty point rewards for missions but increasing the rewards for PvP kills to incentivise fighting over farming. It also added Battleship-sized gated capture sites and the new Frigate escape bay for Battleships.

The biggest improvement is that neutral players who enter a faction warfare complex will now automatically be given a suspect flag. This means people can no longer use alt characters to scout plexes for them safely and pirates can’t just lie in wait and goad you into attacking them and losing security status. Some cosmetic changes and quality of life improvements to capture beacons and faction warfare site activation gates will also help make plexing and deplexing a more attractive activity.

This update marked the end of the “Fight or Flight” Quadrant, the first of CCP’s new quarterly development phases they discussed during the EVE World Tour. Rather than releasing a new expansion every six months or continuous small patches throughout the year, CCP now divides each year into four Quadrants and gives each a loose theme. The Flight or Fight Quadrant gave us some great PvP features such as needlejack jump filaments along with plenty of combat-centric events.

The next quadrant theme is due to be announced with a trailer later today, and we’ll be reaching out to CCP for more details. Before that, we asked CCP about some of the recent changes to faction warfare:

Massively OP: The Loyalty to Lowsec update contains a few things people have been asking about for years, such as suspect timers for neutrals entering faction warfare plexes. Is this something that could be applied elsewhere in EVE in the future, such as low-sec PvE sites?

Jamie Bannister (Senior Software Engineer): Right now, only gates leading to FW sites will trigger a suspect timer. We hope that giving the FW member the option of taking the first shot will make them feel more confident in taking more risks. If we came up with a good ruleset for deciding who should and should not get a suspect timer in other locations then we could do that, but we would not want to eliminate too much of the risk to allow PvE in safety. Also, would you want to help out a corpmate who has gotten themselves into trouble inside the site, even if it meant you taking on a suspect flag?

Steven Clark (Senior Game Designer): In general, we are satisfied with the design of crime watch and criminal flagging, but this specific case warranted some adjustment. Players outside the militia should have some added risk for meddling in faction warfare and militia members should feel empowered. We hope this change moves us in that direction.

The last time I was in Faction Warfare, most plexes were farmed by disposable frigates that were either AFK or ran at the first sign of danger. What changes will promote FW plexes again as flashpoints for PvP?

Jamie Bannister: The new Battleship-and-below sites will give more non-capital ships a place to run sites, in situations where a battleship pilot can feel confident about the levels of escalation they will face. We hope that this will give room for these newly-rebalance ships to show their potential.

Steven Clark: In recent updates we’ve restricted the use of warp core stabilizers and warp stabilized ships in FW complexes to promote commitment.

The series of new events centered around low-sec PvP will be fun for a while, but what’s the long-term plan for re-invigorating low-security space outside the faction warfare zones? Is there a long-term vision for low-sec at the moment?

Steven Clark: We are in the middle of a major re-examination of resource distribution, strategic objectives, and the roll of faction warfare more broadly. All of these topics have implications in low-sec and the long-term outlook for its residents. The long-term vision for low-sec would place more value in low-sec’s resources, more interesting points of conflict in low-sec, and a large increase in the role of faction warfare as a steppingstone for EVE’s new players. Altogether we hope this leads to a more vibrant low-sec with a unique set of challenges and features.

Now that the Fight or Flight quadrant is coming to an end, could we get an idea of what the next quadrant’s theme will be?

George Kelion (Head of PR): We will be sharing the first details about the upcoming second quadrant of 2020 in the very near future. In fact, we’re looking forward to making an announcement about this next week.

Is there one particular feature that you’re most excited for, or anything really cool that I didn’t ask about?

Jamie Bannister: We’re interested to see how the increased gate activation range for FW sites shakes things up and hope that players will experiment with new tactics for both capturing and evading each other.

Steven Clark: You didn’t ask about all the LP changes! One of the most important things happening in this update is a huge shift of LP payout value away from missions and towards PVP. For a long time, huge amounts of Faction Warfare LP have poured in from a very small group of players running missions in relative safety. This devalued the LP earned by players out there fighting the good fight on the front lines. We’ve reduced the pay-out for all FW mission and increased the pay-out for all PvP kills up to tier 5 levels. Together this will make plexing and fighting much more valuable.

Thanks for your time!