Spring is in the air, and if you’re largely stuck at home, you may as well enjoy it in your MMOs. Yep, it’s getting to be Easter time again, and like humans everywhere, MMO developers have smooshed together a whole bunch of holidays and festivals to come up with something palatable for as many people as possible. Except for the Southern Hemisphere, where they are doing pumpkin spice lattes right now. Not gonna think about this too hard!

Anyhow, we’ve got a few more events to round up today, with surely more incoming. To-wit:

In Albion Online, players are welcoming two weeks of the Rites of Spring. “During this two-week event, you can celebrate the return of spring by hunting down special eggs, unlocking unique items, and joining in other community events,” Sandbox writes. That epic weapon in the header? That’s among the prizes, my friends. 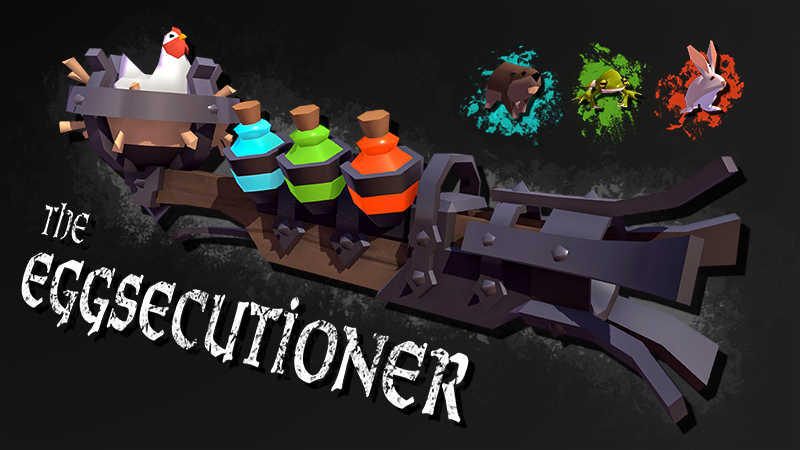 ARK Survival Evolved is running a big sale and launching a re-run of the Eggcellent Adventure event, through April 21st. “During Eggcellent Adventure 5, survivors will be able to collect special Bunny Eggs across the ARK from wild Bunny Dodo’s. These Bunny Eggs can be painted or used in special Cooking Pot recipes to craft new holiday-themed item skins such as the Spear and C4 skin, as well as 10 returning skins.”

In Runes of Magic, players are welcoming the Spring Rain Festival. “Heroes and adventurers throughout the world can participate in a great variety of events, from finding stolen Rainbow Eggs, bringing back the Wabbits or collecting petals for the event hosts and so much more! Each event offers both useful and unique rewards such as costumes or potions that may even transform you into one of those famous Wabbits!”

Roblox is sending players on the Agents of E.G.G. espionage mission.

“Sunglasses, suit, eggphone…and wicker basket. These are the tools of E.G.G., a secret society dedicated to extracting, gathering, and guarding the world’s rarest and most valuable treasures. With over 40 classified eggs scrambled across Roblox, it’ll take a daring team of agents to retrieve them all. From now through April 28, use your spy skills to hunt down all-new eggs scrambled across participating Roblox games. Agents elite enough to track down all 49 eggs will earn the ultimate prize: the elusive, eggsclusive FabergEgg of the New Decade. To help you on your quest, we’re supplying you with a top-secret gadget that’ll relay important information about your objectives in each Egg Hunt game and keep track of the eggs you’ve collected. Be sure to pick up your free gear here before the event is over.”

Even Otherland has splashed out for an event: “The Easter Event is back in Otherland: Next starting today. It will last until 20th April. Lambda Mall is now covered in Easter decorations and there are quest givers for five Easter themed quests. You’ll also see the return of the Chocolate Eggs that increase your movement speed and Chocolate Chickens that will charge heavy and special attacks. These rewards are obtainable through daily quests, so now it’s a good opportunity to stuck up on some supplies.”

Finally, Aion’s EU version aims to tempt you into the garden.

“Sow your seeds, water the sprouts, add some fertiliser! That’s the motto you need to take to heart in our fabulous Green Thumbs Event. Some fantastic awards await, including the [Rune] Daevanion Essence, [Event] [Emotion Card] Grow a House Plant and the Ultimate +10 Dumaha Weapons Selection Box of the Mighty.”