I’ve been playing Black Desert for quite a while, and in that time I’ve made a bit of cash and built up a stable of characters I’m pretty happy with. I also spent a couple dollars here and there over the years. And why not, right? It’s one of my favorite MMOs, I write a column about it, and despite what people say, you don’t really have to spend an arm and a leg to get a single character at a reasonable level and strength. While dedicated players might get to the point where they’ll spend some cash, it’s not the only option to succeed in this game.

Granted, “success” is such a subjective term in this game. It could mean becoming the best lifeskiller in the game or being the top dog in any of the game’s PvP modes. Or it could mean having the power to grind in the highest levels monster zones. Whatever the case, it’s gotten much easier to get a character powerful enough to grind in most of the zones, especially in recent months.

My position on whether or not this game is pay-to-win has or not has changed over time, too. When I first penned this column, I felt the game was pretty pay-to-win. But now, over a year later, the game is more of a “pay-for-convenience” these days. Those who still declare from the rooftops that this game is just out there to get your money probably hasn’t been looking at how the most recent events have actually been helping players progress without spending a dime.

Black Desert has a lot of events. Like, a lot. There are times when so many events are going on at once that a person might end up spending an entire gaming session just doing the events. There has never been a time when an event is not happening. It could be a fishing event, a special item dropping from mobs, or finding pieces to make a lootbox filled with high-level gear and memory fragments. Heck, it could be all of those at once. Of course, there’s also login events found in most MMOs. This game gives out a lot of stuff regularly, and not just to new or returning accounts.

When Pearl Abyss gave out free copies a few months back, I copped one with the sole intention of just leveling the account up casually without spending money. I rolled a Maehwa, the female samurai class in the game. And before I even set out on my adventure, I just had to collect on all the little gifts this game gave me.

As soon as you start, you’ll get a lot of neat stuff. And depending on what events are going on at the moment some times are better than others to start. I picked a pretty good time: It was during Christmas season, so Black Desert had an event that awarded players with free cash shop items simply for logging in. And they weren’t just a bunch of black stones, either. The perks included a premium pack, inventory slots, a pet, and a bunch of nice items to get me started. There was also a pretty easy quest that got me a free boss armor, which is usually one of the best pieces of equipment to obtain.

Back when I first started in 2018, I totally ignored the main quest and just started killing grass beetles and weasels. But given the new questline and adjustments to the awards given, I highly recommend doing the quests. Playing through the story got me two free pets, a sword that’s as powerful as a +15 blue weapon, and sturdy-enough armor to ensure that I can reasonably grind mobs in Mediah.

So at this point, I had already amassed quite a bit off goods and had about 50 million silver, which is a pretty reasonable amount for a new account that I did nothing but quests on. The original plan was to just keep doing quests, but oh man. I did not expect just how generous the game was going to be.

What gave me the largest boost so far was from the fourth anniversary event. And boy, Pearl Abyss was not stingy on the free stuff. I got more premium packs, storage and market butlers/maids, a free outfit, and a really good pet. It didn’t stop there. I got a full set of TRI level “sealed” boss weapons. They can’t be enhanced past TRI, but they also come out of the box at that level too. That pretty much saves me millions of silver in enchanting costs. This event’s running from now until June 2020, so there’s still a whole lot of time to get those items. These are massive money savers.

This most recent event gave me a massive boost, and my character is now almost powerful enough to farm the most profitable grindspots in the game including nagas, bandits, fogans, and mushrooms. (I have a secret one that I like going to, but if I told you where I go, I might have to start killing or getting killed!) Doing the quests in the event will get players sealed boss armors too – it’s the same concept as the weapons. So now I’ve got an account with four pets and a single character with a full arsenal of TRI weapons and armor, capable of grinding some of the best spots in the game. 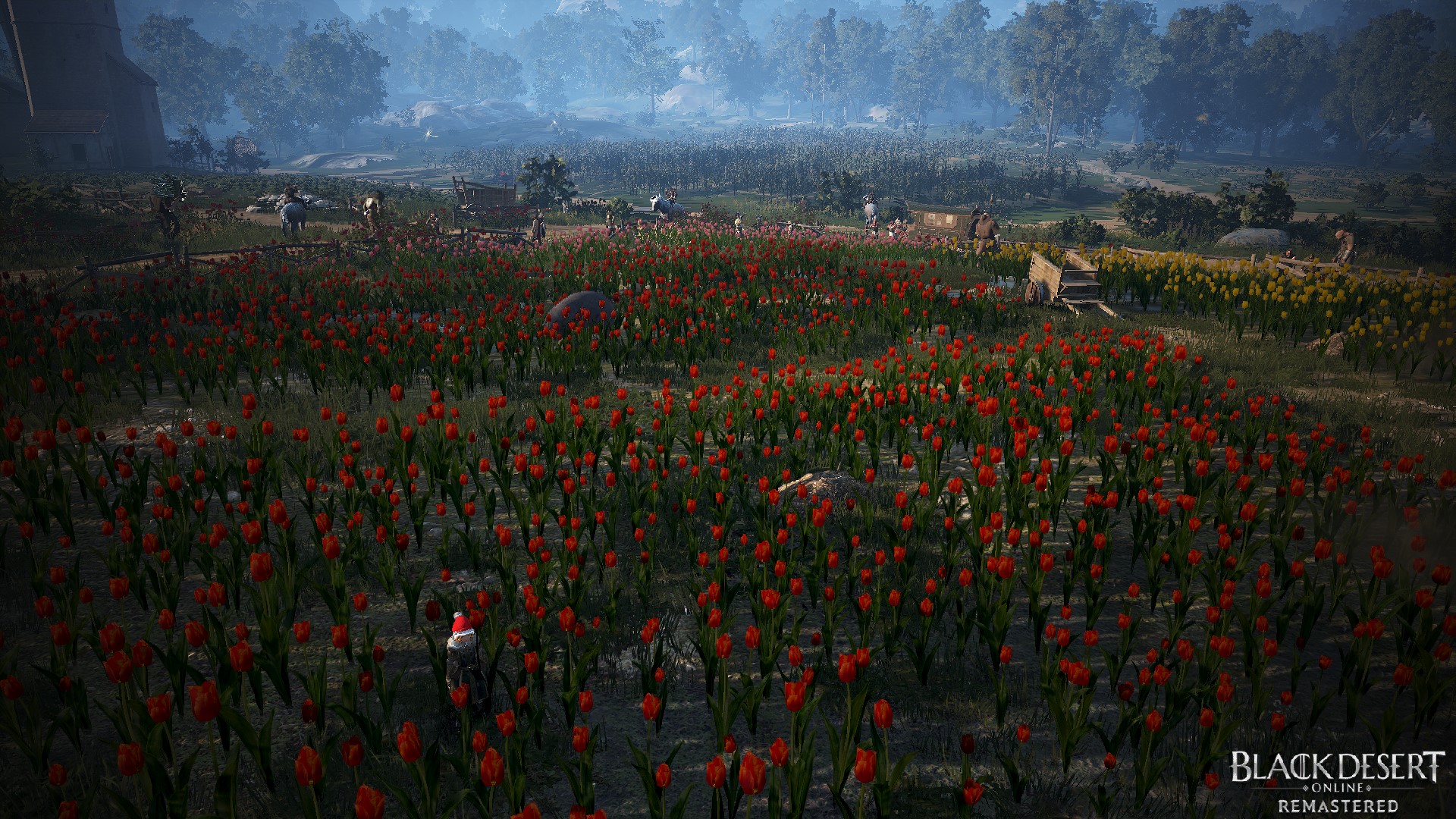 For many players, this is considered “mid-game” in the character’s progression. Recently, it looks to me that Pearl Abyss made it a priority to get players to this point, probably because at that point, players know enough about the game to know how to spend their hard earned cash, gaming time, or both. It would seem reasonable to make some of those convenience purchases if players are inclined to, but simply grinding out those locations and doing the quests will get characters strong enough to get into the late game zones. I don’t plan on spending money on this second account, but as of right now, I’m happy with the progress, and it’s only been about 45 hours too.

It’s actually really surprising at how much progress I’ve made with this account. I don’t even play it every day. At this point, I expect things to slow down a bit as I slowly inch towards 61. And at this point, I don’t actually know what I need to spend money on. It seriously does seem that players can get into the endgame zones without spending a dime, and that’s quite impressive. If you’re interested in getting in BDO right now, you should. I don’t know when another event like this is going to happen again, but if you want to start strong, this is the time to do it.