We close out this month’s little sojourn through the world of Roblox with what is easily one of my favorite titles ever created on the platform. It’s actually the game that got me to like Roblox; my husband and I spent many hours together playing and having a good time goofing off. Survive the Disasters 2 is a pretty big deal for me, and it really does encapsulate, in my opinion, the best part of Roblox as a creation engine.

END_OF_DOCUMENT_TOKEN_TO_BE_REPLACED
Survive the Disasters 2 is pretty much what it sounds like on the tin; you enter a map, you’re given a number of seconds to live through some sort of random disaster that arrives, and then you get to vote on the next map with everyone else in your session and the cycle repeats. It’s really standard stuff when you look at it on paper. 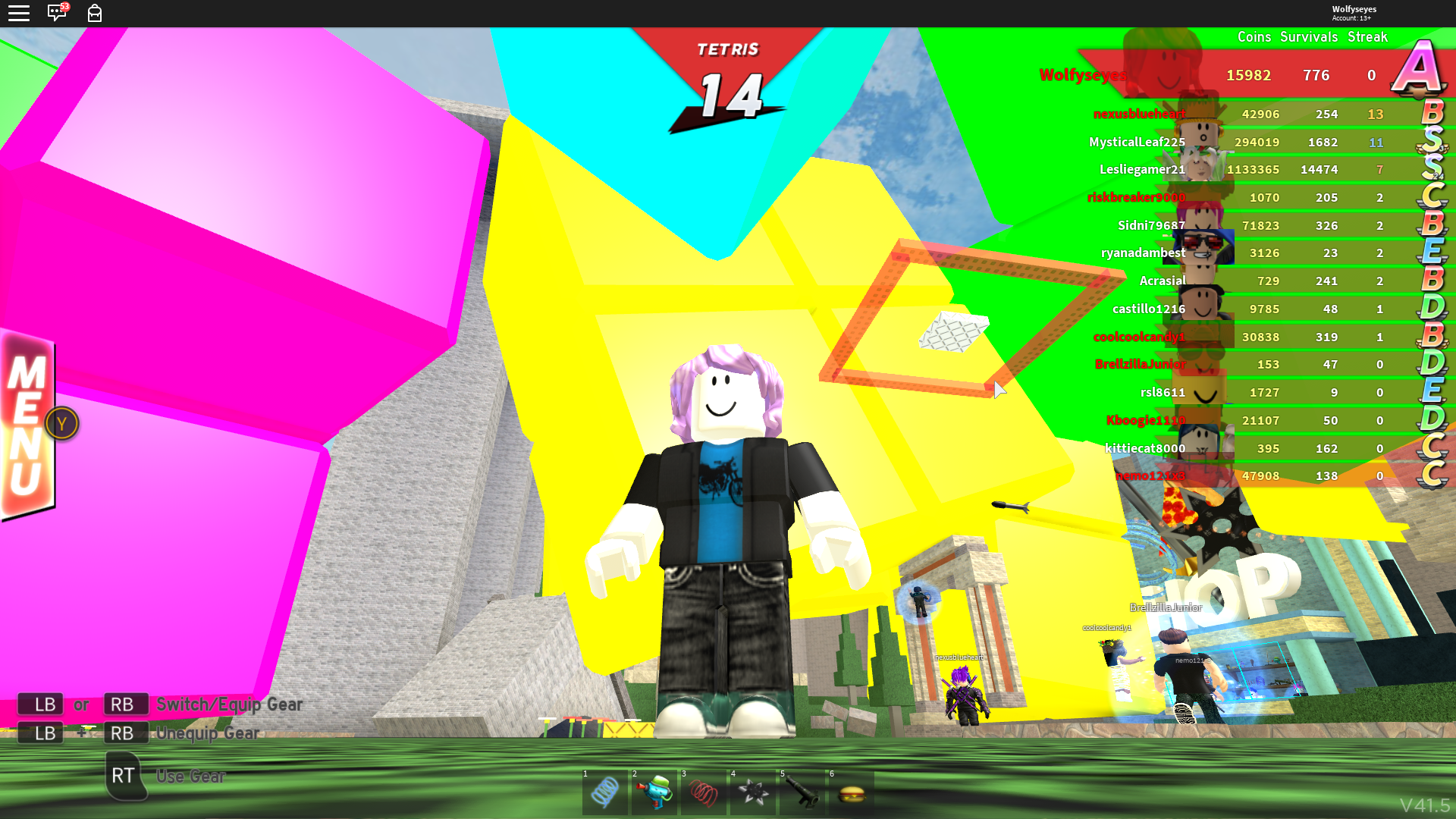 What’s not immediately obvious when just reading about the game, though, is the level of character that’s gone in to it. The titular disasters run a fun and colorful variety, from weaponized old memes (you have to avoid doge’s exclamations of amazement, stay out of the shoop da woop lazor, and watch out for Nyan Cat as it rumbles through), referential cameos like a Zerling lurker or a bunch of Tetrominos that fall from the sky, or run-of-the-mill events like tsunamis, rising lava, and any number of monster attacks. There are even variations of these disasters that spring up now and again, like more difficult Hyper versions of disasters and mystery disasters that cover the map in a dense fog and don’t tell you what disaster is coming up.

Helping you survive along the way are a number of items that you can rent for in-game coins that are earned by playing. From a number of melee and ranged weapons, to Coils that increase your jump height or movement speed, to healing items like cheezburgers and chocolate milks, these things are key to getting through each round of Survive the Disasters 2.

You also earn XP, which increases your rank, which in turn unlocks more powerful items. The maximum rank is S, which unlocks a hardcore mode of the game, but getting to that rank will take a lot of playing. That said, I don’t really mind that with this title simply because it’s easy to turn off your brain and enjoy while having just about the right amount of carrot to chase. There are items you can buy with real-world cash, but things feel so balanced in terms of earning XP and Coins to get more stuff that it never feels forced. That’s easily one of the best parts of Survive the Disasters 2, in my opinion. 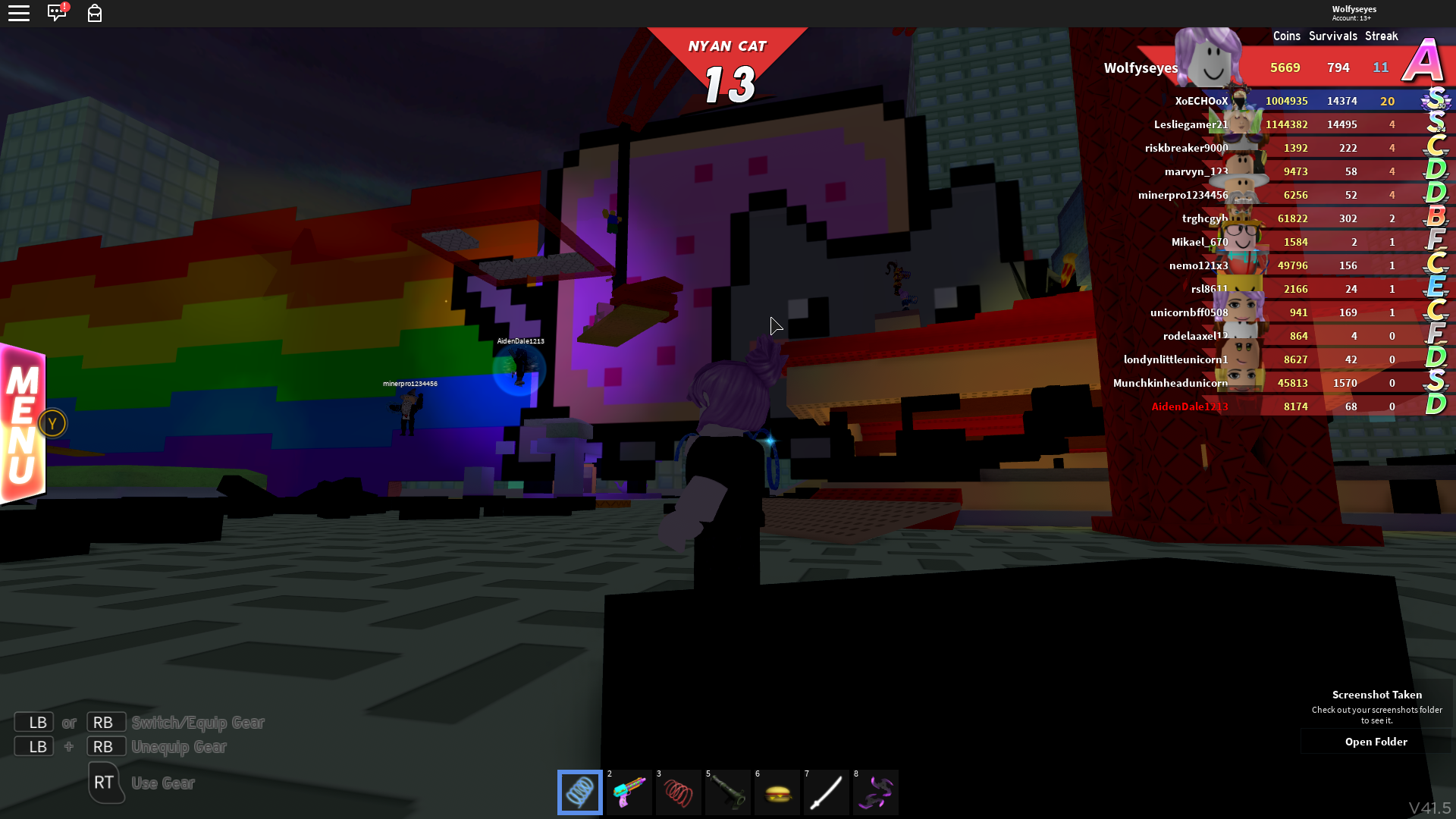 I should backpedal a bit and mention that none of this is really as deep or involved as it may sound. Much of the disasters are variations of a few basic gameplay loops. There’s not a huge level of depth to strategy in terms of weapon selection. In fact, I’m pretty sure this game is extremely easy to cheese by simply finding a universally safe spot on the map and just staying put. In fact, I’m pretty certain that behavior is rampant a lot of the time. That really is a shame to me, because honestly, that really misses the point. Firing up a game and then just not engaging seems like a huge waste to me.

Basically, Survive the Disasters 2 is very much a kind of lizard brain form of entertainment. It’s not particularly clever, but it’s free-wheeling and fun. It’s colorful and stupid, but it also doesn’t care if you feel that way because it’s gonna keep on keeping on. It’s a Roblox arcade game crafted by a memelord. And honestly, I think that Roblox thrives on good, fun, mindless arcade game goodness.

Roblox as a creation engine never really seems like something that will usurp the likes of Unity or Unreal, obviously. It’s too simplistic and making it do what you want to do seems to be a matter of mitigating limitations. However, those limitations can often yield some of the most creative results, and the creativity on display by many Roblox game designers is pretty impressive. Honestly, games like Survive the Disasters 2 are made for Roblox. Now and again some mental popcorn multiplayer gaming is a good idea, and Survive the Disasters 2 is, in my opinion, some of the butteriest, finest mental popcorn that Roblox has to offer. 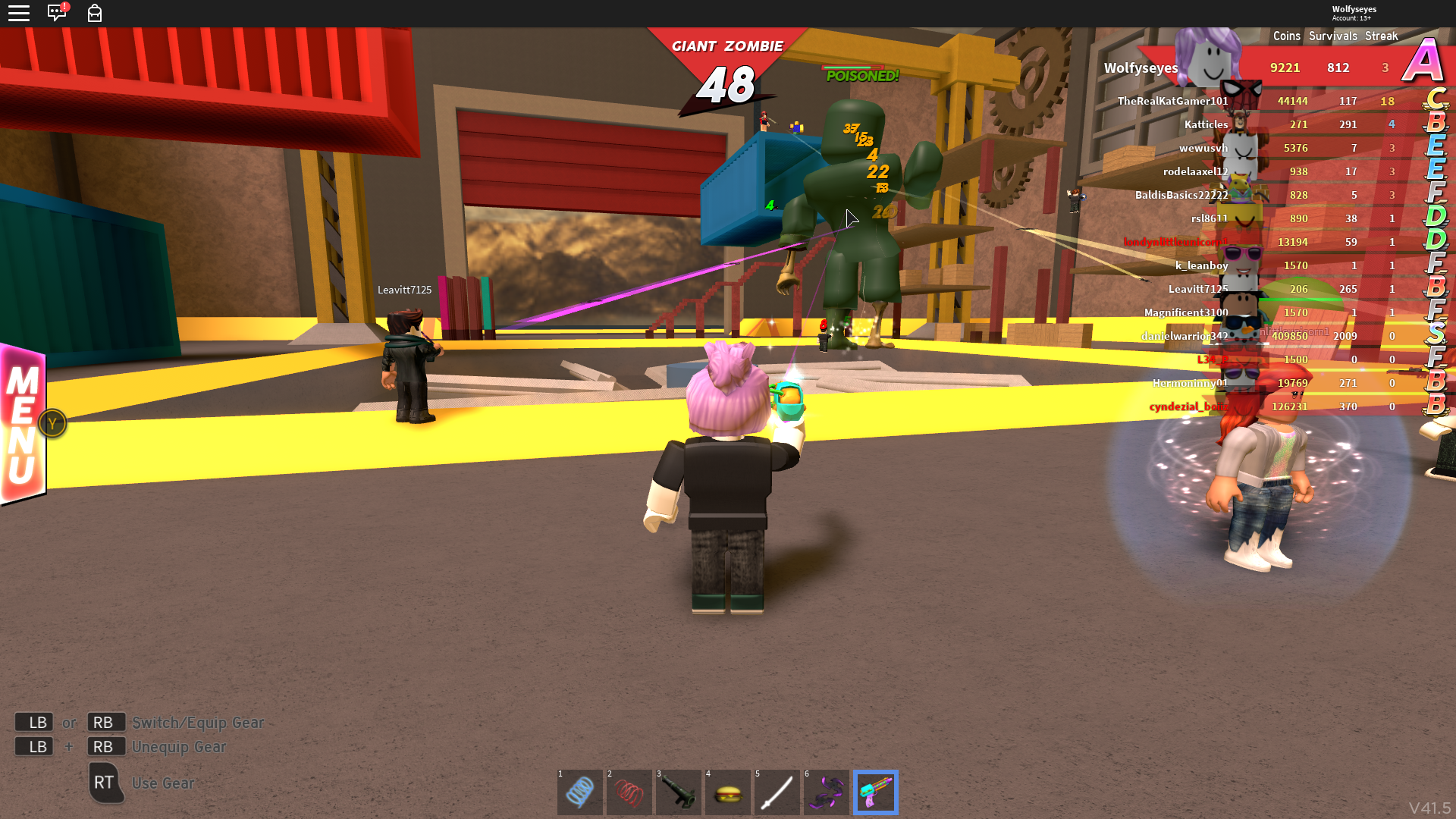 Now, though, we have to look on ahead to next month’s chosen game. This time, I’ll be bringing back the reader’s choice, so that means this week’s poll is all about selecting our next game. Here are some of the options I’ve got in mind:

So those are our choices for next month. Where are we going, folks?

Which game are we trying out next? Choose My Adventure! 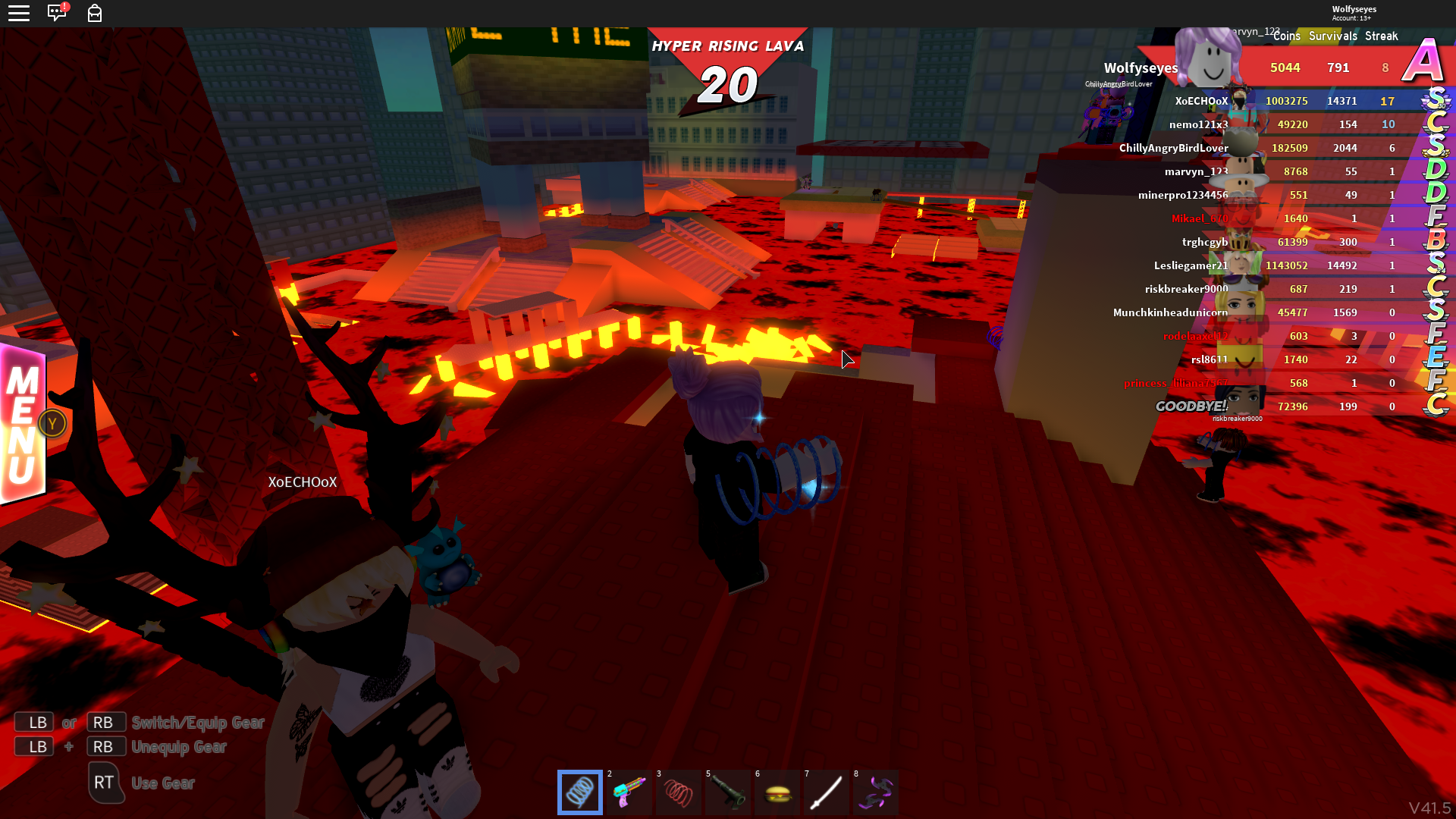 Like usual, polling will be closed up at 1:00 p.m. EDT on Friday, April 24th. I want to thank everyone for sticking it out with me in this odd little departure from the usual CMA norm. I can appreciate that this probably isn’t the most engaging game to choose to focus on for a month, but I enjoyed myself a fair bit and hope you did as well. I’ve got other thoughts as well, but I’ll wait until next week to package them all up. In the meantime, remember: It never hurts to step out of your comfort zone and try something new.