Just because the devs at Digital Extremes are working for home does not mean Warframe isn’t getting plenty of love and attention. The work environment may not look the same, but the work ethic does. Just last Friday DE hosted a devstream-from-home, sharing a multitude of reveals, news tidbits, and videos with fans about what’s happening in their favorite shooter. And no simple news post can contain all the info divulged!

END_OF_DOCUMENT_TOKEN_TO_BE_REPLACED
With no shortage of information to mete out, this Warframe of Mind will delve into what the devs divulged. Here’s a recap of the big Railjack Revisited overhaul,  Nightwave Season 3, the Protea warframe, and Deadlock Protocol.

You may be a player who felt the Railjack gameplay was just fine. If so, you are likely in the minority. This system of piloting spaceships has been plagued with problems and unbalanced features that have led to frustrations for many. It’s not as if the system was been of life support from folks abandoning it, but it has definitely turned many off. The feel of the game as a warframe is so fast with impactful actions, but the feel of crewing a railjack can feel like pointless busywork you had to slog through with little reward, and both things together contribute to the lack of appeal to the space system. The arcade feel of the game was dumped at the door once you boarded a railjack. And that ruined the experience for many.

The good news is DE has been listening to feedback, and the whole system is getting an overhaul. The new Railjack Revisted update is sure to breathe new life into this gameplay, bringing this system more in line with the arcade experience of the warframes themselves. What is changing? Design Director Scott McGregor said, “It’s a general balance, quality of life pass on the whole railjack system and all the systems connected to it.” The pacing has been improved, from time-to-kill to the speed of the railjack itself. Intrinsic gain and the loot vacuum radius have both been doubled while the health of those pesky boarding parties has been halved. And all those constant little fires you ran around putting out? They will be less frequent but more intense: Putting out a fire is a big deal, but you won’t have to spend every gaming moment doing it.

Another part of this update focuses on the archwing. While the archwing modular systemis coming later, some of those QoL improvements will be in this update, including a lead indicator, balancing that makes the archwing more agile and less fragile, and long-desired melee fixes.

Want to check out many of these upcoming changes? The test cluster was set to open after the devstream concluded. Jump in and test the revamp out! You can also read up in more details in the official partial patch notes (devs point out these notes are not complete!).

Railjack revamp may be the biggest news, but my attention is focused more on Nightwave. I am so very glad that the devs announced more about Season 3 because it is super interesting to me and I did not want to have to keep it a secret long! And I can’t hardly wait the two weeks for it to launch.

This next season of Nightwave is titled Glassmaker. Or as I liek to call it, Inspector warframe. *insert theme song here* This will be a very different experience than other Nightwaves. Previously, you watched the diorama of the story as Nora told it; this time, you will get to walk the diorama yourself! The goal is to discover clues from the crime scene of The Glassmaker, a villain who turns victims into glass statues using an ancient Orokin method of punishment. There will be five episodes, a boss fight, and the daily and weekly elite goals. Of course, there will also be some sweet loot, including some honeycomb-looking shoulders and an orbiter skin that is Nora’s own ship. In all, there are 30 tiers of rewards per rank.

Also of note, devs pointed out that some conclave augments have been rebalanced for PvE, like Rumbled. This made the audience happy.

New warframes are always fun, and Protea looks like she will be quite interesting to play. She will be a ‘frame with her own quest to introduce her. To avoid divulging much of her backstory for those who want to learn it, I’ll just focus on her skills and such.

Protea’s abilities include a mix of grenades, turrets, and health/ammo/energy dispensers. But it was her fourth ability that really caught my eye. Called temporal anchor, this rewind allows Protea to go harm enemies for a short time, then return back to an earlier point in time/position and have all that damage go off at once in an explosion. It also returns Protea to that previous amount of health and power. It is a handy little escape feature. Her passive that allows every fourth cast a 100% ability strength bonus also seems pretty neat.

For the fashion frame enthusiasts out there, you might enjoy hearing that Protea will be coming with two different alt helmets. And if idle animations are your thing, she has the most Canadian hockey-inspired animation out there! Her dodge is also custom, with a slightly longer reach than other frames.

Because of the changing in timeframes due to the pandemic, The Dreadlock Protocol has been moved back to May. This update contains the quest for Protea, which also delves into the origins of the Corpus. If you wanted to know how they came to be and who founded this faction, this will be your chance.

Another part of this is the revamped Corpus ship tileset, which includes an all new Jackal boss fight with more phases and a special timed minigame accessed from giant golden hand statues using collected greed tokens. (Those greed tokens can also be used in other ways, such as  to buy decorations, trade for cash, and gain reputation.) The ships look great; the facelift really modernized the aesthetics. 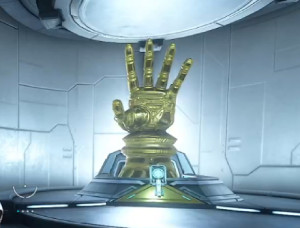 Wrapping up the wrap up

If you want to hear everything the devs say about a specific topic, as well as see all the various shared images and gameplay, DE has marked (and linked!) each segment of the devstream for your reference. Enjoy!

The Railjack Revisited changes are a huge, huge step in the right direction, and restore my confidence that DE have been listening to a lot of the constructive criticism and taken it on board. While they won’t bring everything I want from the game mode (the Command Intrinsic so we can recruit an NPC crew, more Railjack mission variety), [DE]Scott mentioned in the interview he did the week before that they want to make sure the foundation of the Railjack gameplay is really solid before they start building more stuff on top of it and Railjack Revisited seems like the foundation they need ~crosses fingers~

And after a string of updates which haven’t been well received by the community (Scarlet Spear was pretty good by the end of the event’s run but took a /lot/ of hotfixes and balance patches to get there), the stuff they teased us with for Glassmaker (spooky detective work!) and Deadlock Protocol (it’s a long time since we had a proper story quest to introduce a new ‘frame rather than just a Leverian exhibit, I think the last one was Revenant back in Aug ’18?) has got me genuinely excited again :)

They only showed a very very brief glimpse of the Purgatory minigame, but if the Corpus are messing around with Void-related pocket dimensions I’m wondering if it might contain hints toward the Duviri Paradox?

The changes will help. I didn’t ask to be part of the test server and didn’t experience them personally. But a couple of video creators I generally feel know what they’re talking about did.

It sounds like fighting stuff with your archwing is “better,” but still not actually good. Ranged weapons are still iffy, and melee… well, the description was basically “you’ll only kill stuff if you’re swinging the weapon as an enemy fighter crashes into you and kills itself.” I guess the reach is still terrible, the former anime lock-on feature is still gone, and they don’t do much damage if you can hit anything. Hopefully there’s still more tweaking to do there?

And yes, I hope they do return to having quests to introduce new warframes. I’m still very sad that Khora was getting backstory and hidden lore (there’s a whole series of audio logs about her buried in the Codex entries for Ghouls.) It felt like they were building up to another interesting quest for her. Then they dumped it all in the bin and shoved her into Sanctuary Onslaught as a rare, random drop with no explanation or story at all. Garuda only got “Oh, we found a damaged Warframe tangled in the roots of a giant mushroom. You can have it if you want it, I guess.” Baruuk, Wisp and Hyldryn didn’t even get that much. Gauss and Grendel at least got Leverian entries though.

Personally I’m not that interested in using my Archwing in Railjack missions, I just want using the Railjack itself to feel good and responsive! The update is live now(!) so am going to jump in shortly and see how it handles…

Global Chat: What can fill that ‘new MMO’ void?