If you’re the type to have compassion upon deer that claim to have been the subject of a curse, then you are the perfect subject for Shroud of the Avatar’s latest adventure. In this month’s Release 77, players can descend into Bunker C to strike a blow of justice for deerkind everywhere.

“Players are directed to this crumbling underground shelter as part of a quest that starts in Novia’s Far Hinterlands,” the studio said. “The bunker challenges players with deadly lava in addition to undead and elemental threats. This bunker also includes a vault door puzzle, multiple traps and even lava fishing!”

Also, the game is taking the opportunity to get its Star Wars on with store and login reward tie-ins to today’s May the Fourth geek holiday: 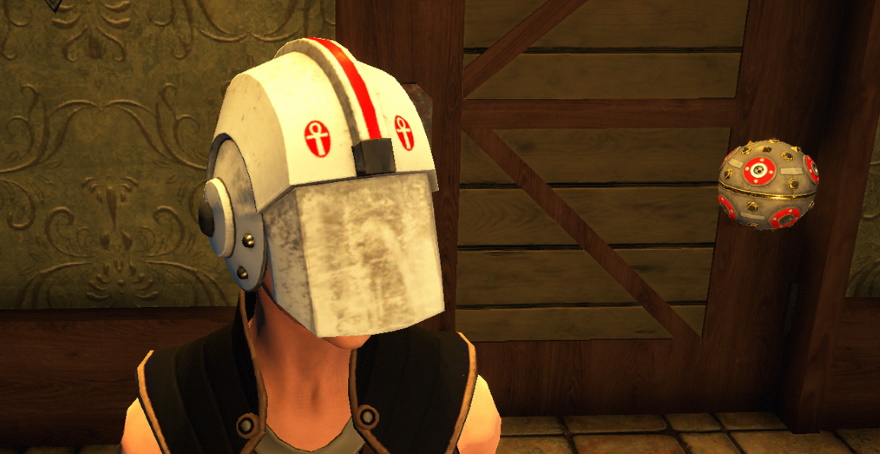 Source: Shroud of the Avatar
Advertisement

Copyrights, Trademarks, MEH! Who needs it, amiright? If the game had more than 10 regular players, this might be an issue and also be on Disney’s radar.

Who needs a thematic world when you can have lightsabers and medieval cities all in one game.

Doesn’t this immersion-breaking crap violate intellectual property laws? Surely Disney hasn’t been paid their fair share, considering the financial state that Catnip Games must be in.

If Catnip hasn’t paid for the rights, I imagine things will progress smoothly regardless.

Disney’s lawyers will call up Catnip Games. Chris Spears will answer the phone and say ‘hello, cleaning, can I help you? I’m not the CEO’. When it gets out, he’ll claim he was never the CEO and doesn’t know how he became CEO of Catnip. And then a few weeks later, SoTA will announce it was sold to a new development studio led by Chris Spears called… DartToad Studios, with almost all of the same staff…

except for the cleaning crew and one unlucky QA tester who blinked when everyone else bolted. And Catnip will be left to pay out, which they’ll do by giving Disney the $11.50 Spears pulled out from between his couch cushions to buy all the computer equipment and servers from Catnip with.

I’m sure Chris will tell Disney, “Don’t lawyer me bro” “I’ll pay royalties after I pay EU their VAT taxes”.

nothing they have done is infringing. having glowing electric swords, and in game made armors that resemble are not infringing. Not sure if you know but they also have partnerships to promote other games which they make items for and vice versa. StarCitizen, underworld, etc all had promotional items for the game along with many more.

Oh heeeey, blatant Spammer invading every SoTA article and responding within the past hour. No one cares. My comment is sarcastic in nature, and made no claim that they were infringing.

Don’t waste my time just because you feel this trashfire of a company and the game they are dragging about like a turd stuck to a dog’s arse is worth it. It really isn’t.

Rofl, blantant Spammer? I am a player of the game, are you? Your wasting your own time I was simply going through things and only signed up today to massively to see what they have for info on the game I play and responded to the few articles I saw thats all.

I been playing 6+ years I don’t think its a turd and its still going considering what people been saying for 2 years yep is the end over and over… guess they were all wrong. in an event I was not picking on your res ponce directly this was meant to respond as a whole to all the IP stuff that people are throwing around that have not idea on how laws work for creative representation. That is all :)

Yes, because when I want to read up on a game, I also join the site and start spamming the comments of articles that are nearly 2 months old.

And do learn to read. I didn’t call the game a turd. I said the hackjob of a studio running it is dragging it around like one.

Don’t waste my time just because you feel this trashfire of a company and the game they are dragging about like a turd stuck to a dog’s arse is worth it. It really isn’t. is that not you calling it a turd?

I responded to what this months two articles? maybe one other how is that spamming?

Proper quote. Emphasis mine. It is called a simile. The devs (Chris Spears) are dragging this game through one mess or another, much like how a dog drags its arse on the carpet. And unfortunately, when a dog does that it can smear a proper mess about. Shroud is an… ‘okay’… game, but it’s one that has been turned into a mess one might readily call a scam by a bunch of disingenuous pricks.

And you made 20 posts, in less than an hour or so, between 3 articles-maybe more. That. Is. Spam. Especially in articles more than a month old, where there is literally zero purpose to posting on them.

like a turd is still representing that its a turd :) Who cares besides you if I respond to old threads that are a month old? I am posting on them incase others like myself come to here to read up on articles on the game they play. You dont see me going into game discussions on games I dont like bashing them because I dont like them. I only post on games I play as a player who still plays. its not wasting my time as I am at work and figured I would pop in. not my fault you take offence to me posting and you having to respond which wastes your time…