Let me tell you, the wilds of Fallout 76 aren’t a place for nerf guns and slingshots. When you’re facing down deathclaws and up-armored robots, you’re going to want to pack heavy-hitting artillery. That’s what keeps you around for the next sunrise.

Our headlining picture is Rafael staying alive for another day: “Let me you introduce you to my best friend, my rifle named Vera. She is always there when I need her, you know?” 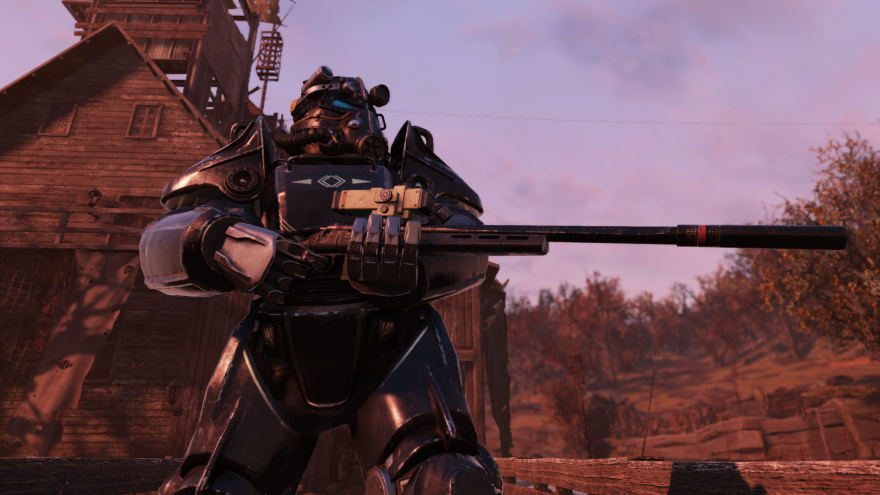 “Elder Scrolls Online has rekindled my passion for MMOs as of late,” said Ghostmourn. “I’ve got this awesome level 23 Argonian N.B. healer. It is the first toon in ESO that’s really clicked with me. He has a problem though — he steals everything that’s not nailed down!” 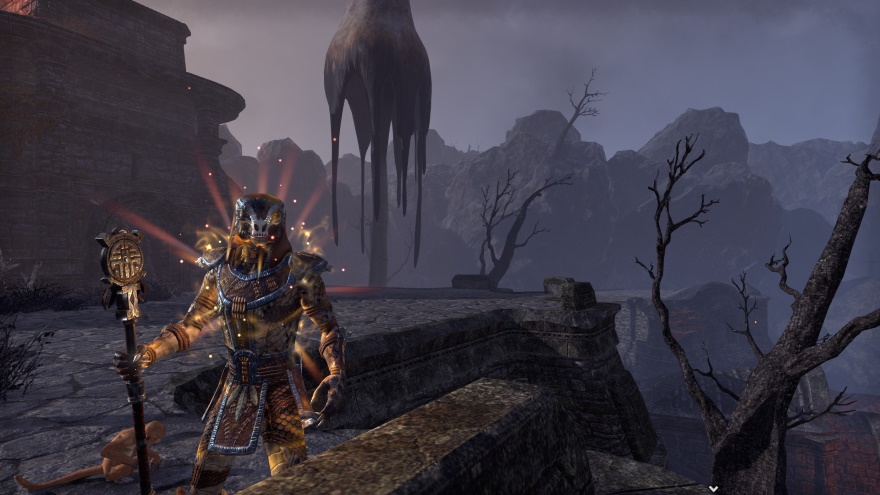 When it comes to Final Fantasy XIV, things that normal people might find terrifyingly creepy are called “cute” and “adorbs” in context. I don’t know what you’d think if you had a bunch of albino cat nightlights jumping out at you from the dark, but I’d wet my pants.

Random MMO Fan’s pantaloons remained remarkably dry during this encounter with a Moogle troupe band putting on a show. 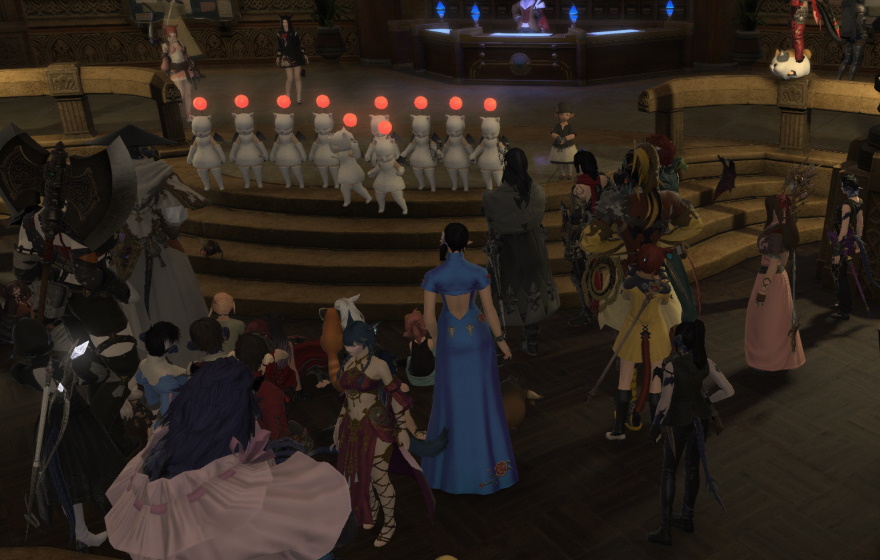 “MapleStory 2 technically is/was/will cease to be an isometric MMO,” said Hikari, “though sometimes it was hard to tell. I didn’t play it enough, but I’ll miss being able to log in for a pick me up as my Berzerker angrily tends to her crops, plays video games, or sips cider.” 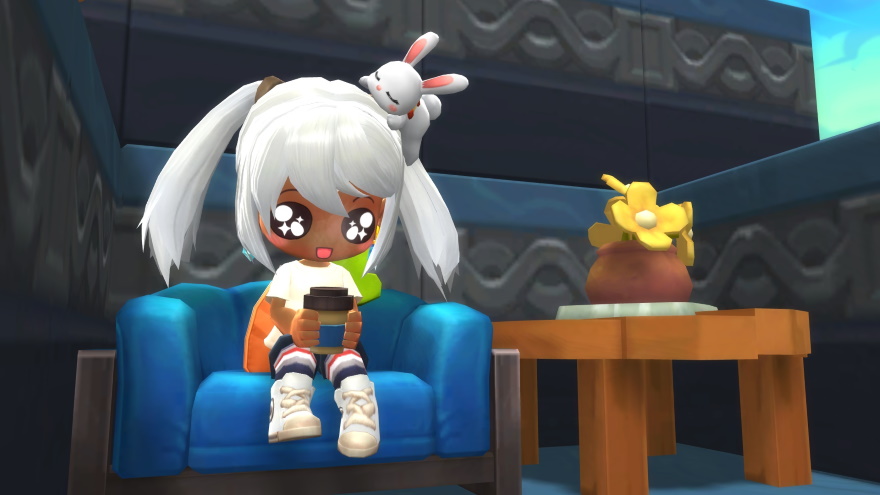 And back in Elder Scrolls Online, Hurbster is bringing over a gift basket to a giant murder-lizard. You think murder hornets are bad? Think about if crocodiles could fly, were sixteen times larger, and had acid reflux! 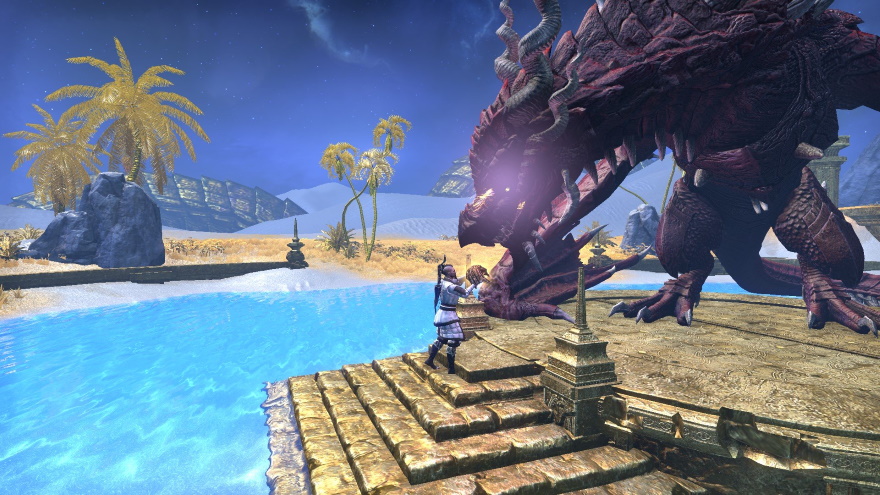 For this week’s challenge, go people watching in an MMO and take a photo of someone striking other than yourself. What caught your eye about this player?

Hey, that’s my Power Armor, and Vera! Woot! Thanks for the shout out. :)

I like how in the first pic, you have this tough ranger, his menacing lion and an adorable mini-pet to round things out. For the other two, I really like the color scheme each person used for their avatars.

As the “Official Paparazzi” for Happy Tentacle Radio and HTR hosted events, I take quite a lot of pictures of characters that are not mine. I’m always looking for a new trick or angle to show off the characters I see.

(No, these are not first person shots)

And then there are In-Character or community events that are good to take ‘selfie’ like shots where my character is in the shot but also show off the crowd.

I could do this all day… I’ll try to cut off with a few of my favorite shots.

Yes, one of these is MJ.

With all the Secret World Legends shots, I should toss in some old TSW, including the last DJ show before SWL went online.

Taking pics of other people is a wee bit of a problem. As I play on a potato other peoples’ textures take a couple of secs to go from fuzzy to hi res. Planning on building another pc soon (need something to do), just spent a few hours on pcpartpicker trying to keep to a budget. In the meantime…

New character, realised I only had one templar and that would just not do.

We initially started playing together in early 2015, and meant to do this much, much earlier…but didn’t get around to it until April of this year.

I suppose a picture of my real life wife becoming my in-game wife counts as a photo of someone striking other than myself?

Wait, there are other people in mmos?

“Sooo…what are we looking at here, Uta?”

Welp…you see that chef NPC to the left? He’s sorta part of a side quest objective…err, the quest itself doesn’t ask you to do any direct harm to him, I don’t think. But some inexplicable reason he can be targeted by your damage abilities. Just never able to die. So I think players use him as a target dummy to practice their rotations and what not. I never asked this personally to verify this though… o.O

This remind me of one time when Blizzard in PTR test unleashed so many Nomis in Dalaran with fire abilities and asked the players to … put him down, it was stress test.

Taking screenshots for other players? i tried that for many days, because GW2 is full of interesting outfits, people can’t stand still for 3 seconds, this is the best one i have, it’s the 8-bit raptor mount that caught my attention.

The bear on the left is my pet Jeffery, he like to screen-bomb my screenshots!

Look at this! finished a zone, got a key for Black Lion Chest, opened a chest, and this dropped for me.

Gratz! I love the retro look!