It was unanimous: We were meant to be Romulans and continue with the storyline that we were following in Star Trek Online. The voting results were no contest whatsoever. And, honestly, I’m glad we followed through with our chosen class, because the new Warbirds my husband and I were granted were a lot more interesting to command. Especially when we we fitted dual cannons.

END_OF_DOCUMENT_TOKEN_TO_BE_REPLACED
The suggestion to field this type of weapon actually came from my husband. His immediate instinct when he got his new ship was to train in a Tactical Officer skill that effectively turned those dual cannons into a spacebourne minigun, and he gave me the manual I needed to make it all happen. After a whole lot of UI wrangling (I love LCARS, but the way STO’s version of it is a bit confounding), we were ready to saddle up and hit space in order to continue our mission.

From the very off, we were directed into a Task Force Operation, which brought my second ever taste of group gameplay in this game, and while I’m reasonably sure that I was being carried along, I really did enjoy how this one went down. It had the familiar beats of a dungeon, with some trash mobs and objective to clear before a final boss complete with at least one mechanic to consider, but this time I was piloting my shiny new space ship and firing its shiny new guns. It wasn’t particularly challenging (see: carried), but I can definitely see myself wanting to run more TFOs and group content in the future. Especially once I get more interesting ships and face off with more interesting enemy craft. 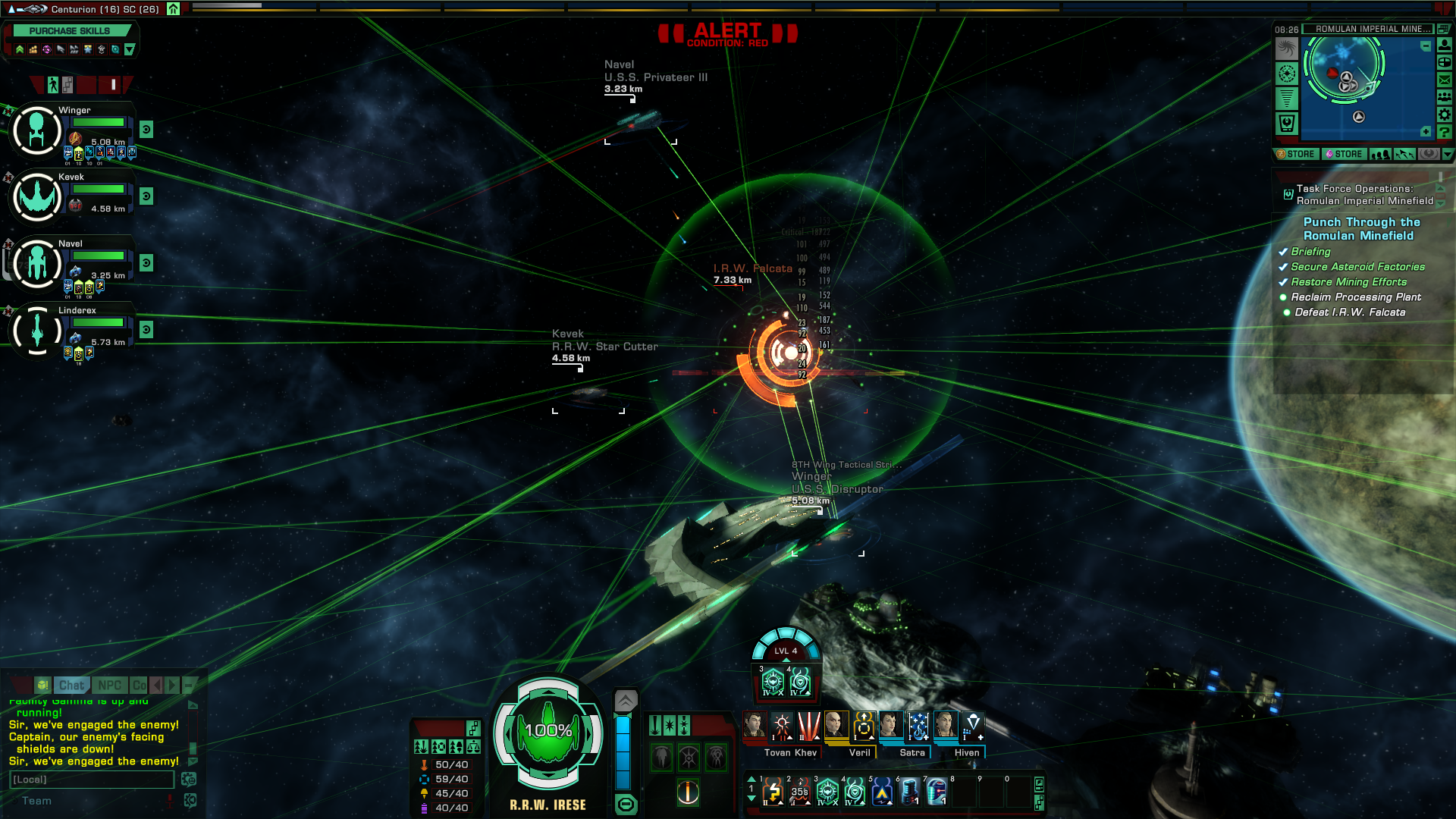 As much fun as the TFO was, it didn’t really give me a good chance to get acclimated to the nuances of piloting my new ship. I was immediately impressed by its increased speed, but the weapons were still a little bit alien to me and I didn’t really have a lot of time to acclimate. The story missions after the TFO, however, gave me a chance to pay closer attention, which is good, because it took several missions to really get the gist of things.

The thing about dual cannons is that they have a spectacularly narrow firing arc of 45 degrees. Considering that most of my previous Star Trek Online ship combat experience was with a Science vessel fielding mostly beam arrays with a much wider firing arc, I had a lot to learn about proper maneuvering and positioning; previously I could effectively get away with steering from side to side, offering the part of my ship that had the most shields while the other sides recovered, while this loadout forced me to fly the ship like a fighter jet, keeping my nose to my target and managing my speed.

The reward, of course, was a tasty output of damage, and watching our Warbirds unload on a single target with the Rapid Fire I skill engaged was a wondrous sight to behold. It sure didn’t feel like Star Trek, but damn did it feel good. 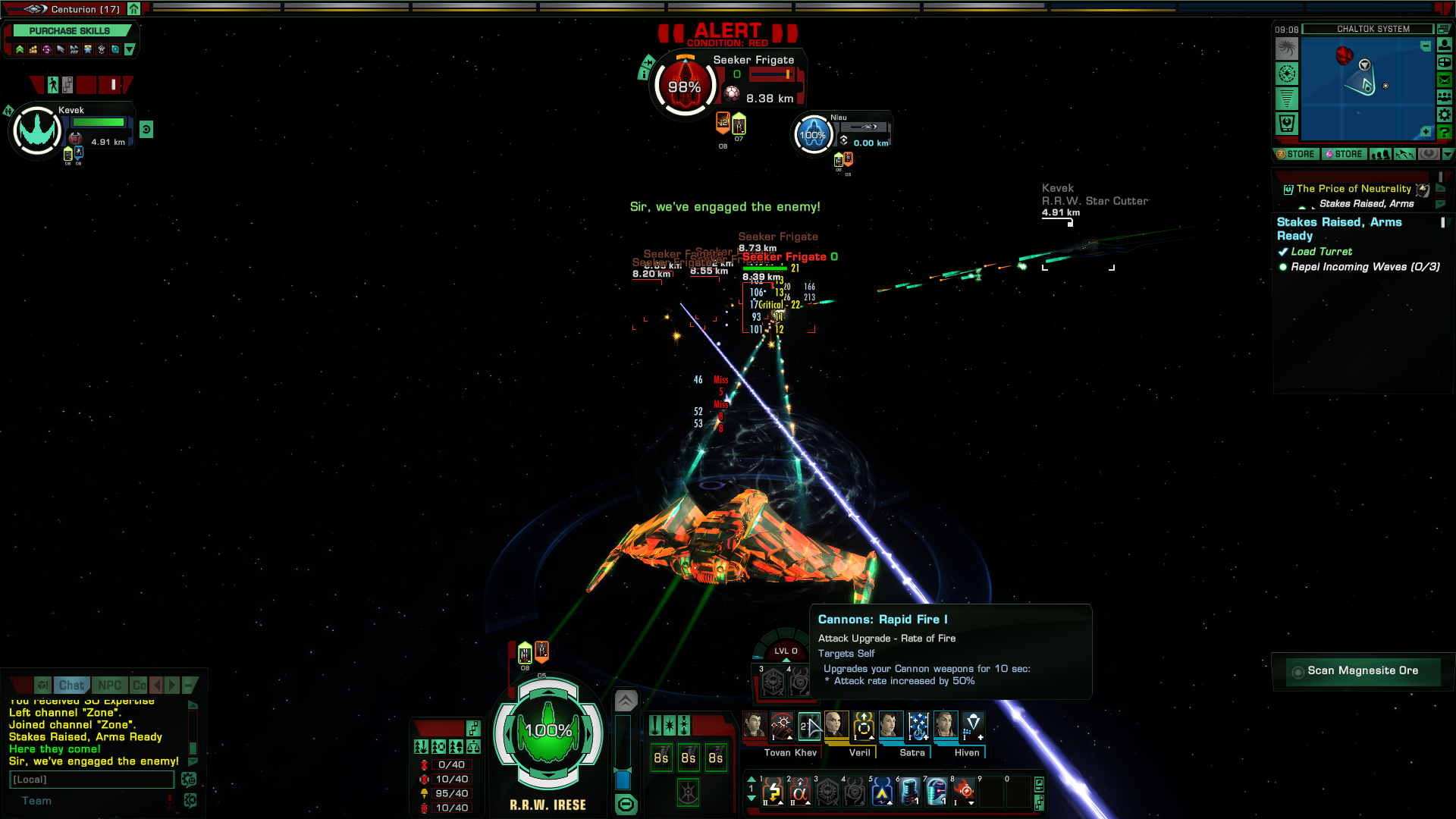 The story missions we picked up on were interesting as well, leading us down a path that seems to suggest that one of our first NPC contacts was actually doing some shady things. What’s most interesting about this little story beat was that the tip came from a member of the Tal Shiar empire — the enemy group that I was certain was just a bunch of cartoonish villains. Of course, I suspect that perhaps the other shoe will drop on that whole thing soon, but it was genuinely starting to get interesting.

That is one of the nicer things about missions in Star Trek Online is that they do feel… well… episodic. They have this sort of allure that drew me in like The Next Generation series did; a sort of mixture of earnest science fiction with fantastical goofiness. And while the game perhaps takes the goofiness route a bit more often than not (I’m still never going to not think of a minigun in the world of Star Trek as anything but goofy), it’s thus far been an enjoyable sort of silliness. I’m not necessarily expecting high drama here, just entertainment, and right now things are very entertaining.

In fact, I suspect that my husband and I will continue playing this game together. There aren’t many MMOs we can play at the same time, and having this thing we can do together is kind of nice. 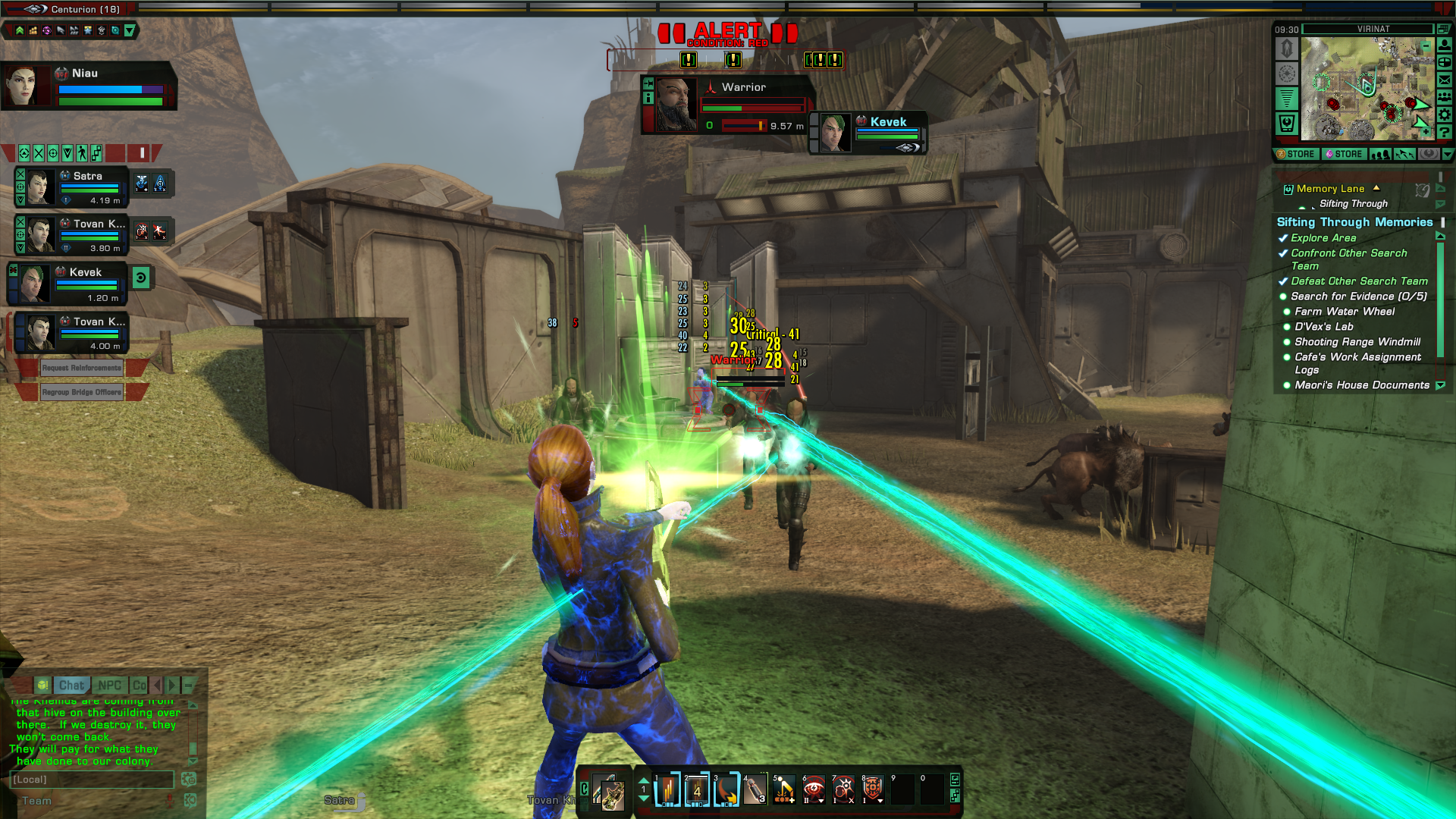 That said, the sun is just about to set on our time in Star Trek Online, and it’s about time to start looking ahead to our next adventure. Here are the direction I’m thinking of going next:

So those are our upcoming destinations. Where to next, friends?

Which of these games should we go to next? Choose My Adventure! 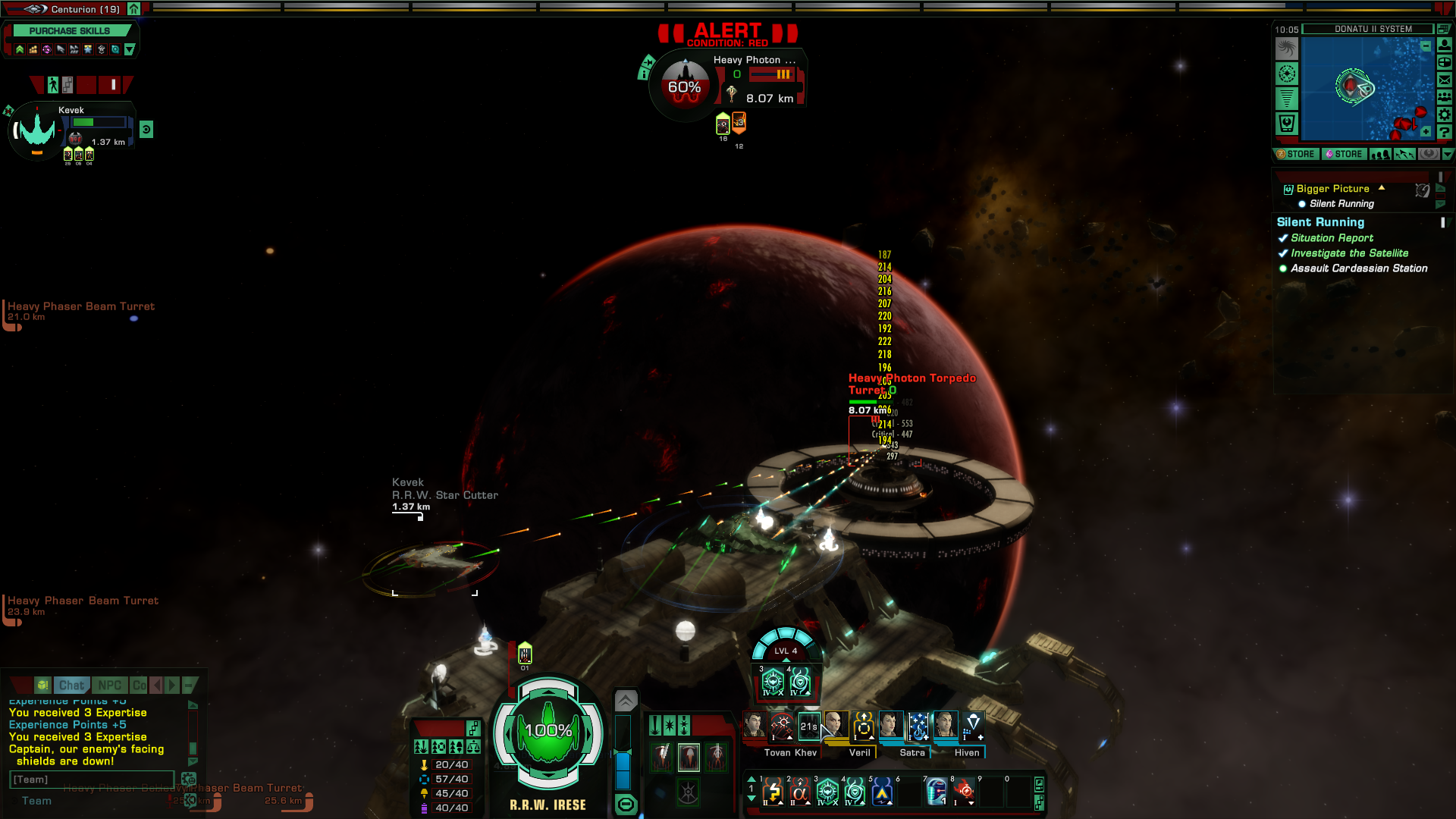 Like usual, polling will be wrapping up this coming Friday, May 29th, at 1:00 p.m. EDT. Before then, I’ll collect my thoughts on my time in Star Trek Online and perhaps fly a few more missions with my husband as our disgruntled space elves.

Seriously, why am I so drawn in by rapid-fire weaponry in Star Trek? Am I really that easily amused?