At the top of the month, which somehow feels like years ago, we covered Frozen Flame, a multiplayer survival RPG with a graphical vibe in line with games like Crowfall, Rend, Dauntless. Now calling it an “action survival MMORPG” and touting its big crowdfunding infusion on Fig, Moscow-based studio Dreamside Interactive has announced the start of testing on July 10th, specifically for players who buy into the “founders alpha.”

“Frozen Flame is an Action-Survival MMORPG that combines a fully-fledged role-playing game with a fresh take on survival mechanics. Take part in dynamic third-person battles, fight countless dangerous monsters and epic bosses, and use the Flame – the source of all magical energy in the game – to develop your character to new heights. As the player progresses, they will be able to build entire settlements, tame creatures, explore new lands, and conquer multiple dungeons. PvP fans will be able to take advantage of special guild/order wars that come with their own unique quests and rewards that will increase the player’s in-game reputation!”

It looks like the cheapest buy-in for the alpha is the $74.99 package; the $29.99 preorder gets you a Steam key and closed beta access in Q3 of this year. According to the devs, the game will hit early access by the end of the year. 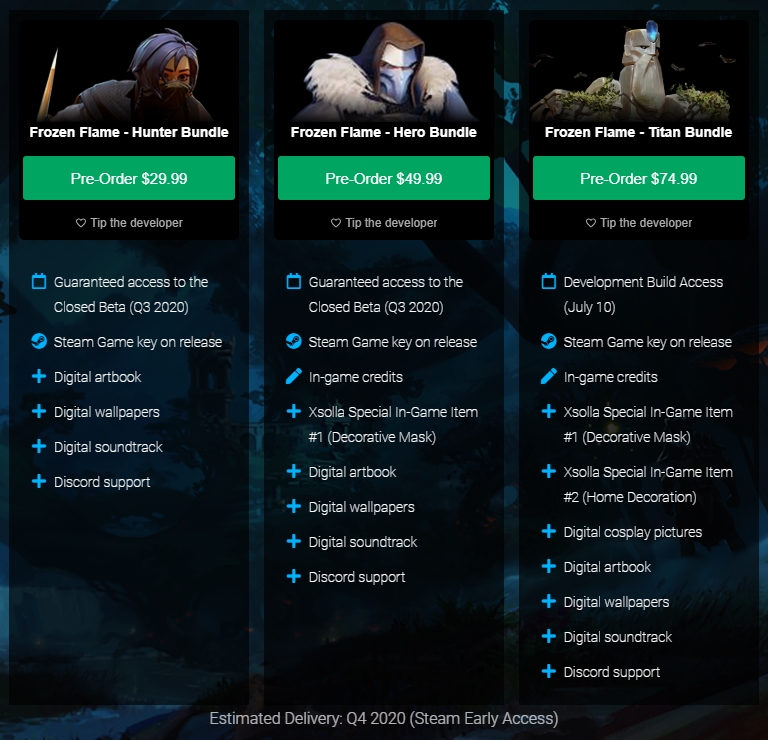 The Daily Grind: If you could give advice to a developer...

Mike Morhaime to female Blizzard workers: ‘I am extremely sorry that...