Archosaur Games, the studio behind MMOs like Jade Dynasty, Swordsman Online, and Dragon Raja, are about to enter the mobile MMORPG gaming ring once more with the launch of Noah’s Heart, an open world MMORPG powered by Unreal Engine 4 that promises a seamless open realm for players to explore and carve out their own digital lives, according to a blurb on the game’s announcement trailer.

Further reporting from Pocket Gamer reveals that the seamless open worlds of Noah’s Heart will be procedurally generated, with NPCs dotted around the map that players can build relationships with that could trigger events and side missions that promise decisions that can affect the overall story.

Things are only beginning for this title’s arrival, as there currently is only a Facebook page that’s just setting up shop, while the game itself is set to arrive to mobile devices some time in 2021. There is also the aforementioned trailer as well as a gallery of images we received, both of which can be seen after the break.

Take otherwise decent looking game and ideas. Put in limitations for mobile. Monetize to it’s death. This is where most companies stop, but not this one…

Now add all sorts of stuff in a mashup of everything possible to the point nobody recognizes any sort of theme or genre anymore. Name drop some things that you don’t mention otherwise, leaving everyone completely clueless as to what they might be or why you mentioned them. Start making things that could be cool or interesting go so far over the top that they lose that and go straight to trying too hard. Add an extra dose of even more weird. Flip an egg onto some flowers or something. This company still isn’t done with the “What? But Why?” yet!

I’m quite at the point where I see that name, and ask ‘but why?’ before I even see the videos.

Wow the localization is bad.

“We are reunioning our homeland.”
“It’s now time for counter attack”

I’m sorry but if you can’t spend more effort on localization than running your cheesey script through Google translate then I don’t have time for your game.

Looks like he used the “fire” skill but failed to counter its side-effects with the “world flood” skill.

That’s some noobie effort right there.

Was hoping that “Hindenburg” memes were past the “too soon” stage:) 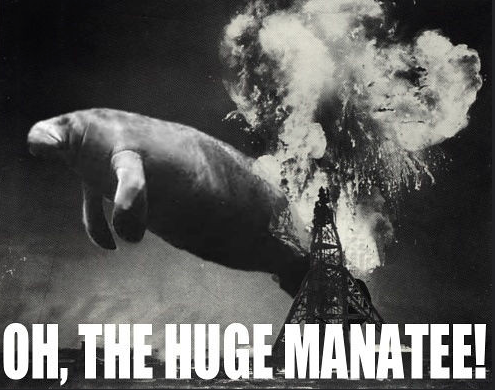 Most definitely not mine, but given how long the internet has been meming this I think it’s fairly safe ground. I mean, it’s not directly beneath the Hindenburg so it’s probably safe.