Welcome back to another quick roundup of MMOs and MMO-adjacent titles you’ve (probably) never heard of!

We’ll start with Deadside, which is definitely in the adjacent bin, as it’s billed as a “hardcore multiplayer shooter with survival elements.” Rawr, get this game a cold Mountain Dew while it jumps off cliffs! Developer Bad Pixel pushed the game into early access this past spring; it’s currently working on airdrops, helicrashes, new missions, points of interest, and new gear.

Afterthought’s The Isle is another survival MMO, this one looking more akin to ARK: Survival Evolved than anything, thanks to the dinosaur theme. It’s been around for years now, and it’s still in early access, but it’s also still getting developer updates, the most recent of which was just a few weeks ago.

The devs behind Elden Online recently announced their 2-D sandbox MMORPG has entered alpha on its path to Steam early access. It’s a retro pixel title with some retro full-loot PvP stylings too, but it’s also completely free to test right now. 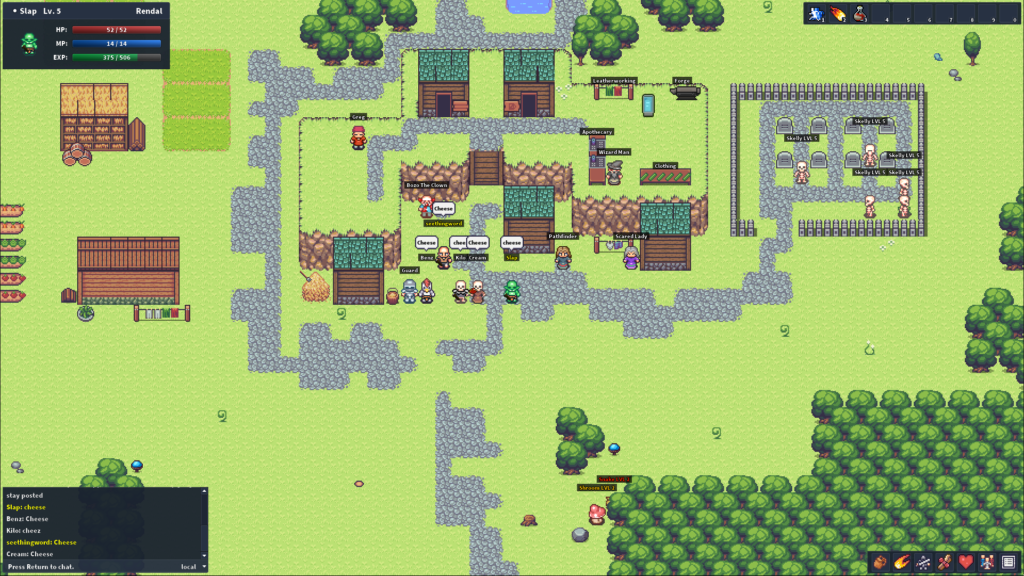 Raknarok Origin is likewise gearing up for launch, but only in Korea. Under the banner of Gravity Co., the game is yet another mobile MMO in the franchise, and nope, we don’t know when it’s coming here.

Finally, we come to Titan Reach, an Australian MMORPG from Square Root Studios that is angling for a Kickstarter soon.

Spot anything else new or under the radar?