When Juvty Worlds announced Wild Terra 2 last autumn, eyebrows shot up around the MMO world. But since then, the studio has been laser-focused on the new game, which is meant to pull along some of the original title’s content ideas but wrap them in far better graphics and updated survival sandbox mechanics. The game ran a free beta earlier this summer, and now, Juvty has offered up a roadmap for the rest of the year – ahead of its planned Steam early access launch by the end of 2020.

The summer will see new mainland locations, including work on the central city, plus cooking, agriculture, pottery, and other crafted goods. In the fall, players can expected the first implementation of the cartography skill, livestock breeding, in-game trading and auction halls, guilds, updated chat, and even more land areas. Winter will bring the witchcraft skills, castle siege, and a whole new continent, while new gear and resources will roll out in between. There’s a translated video from the team down below as well. 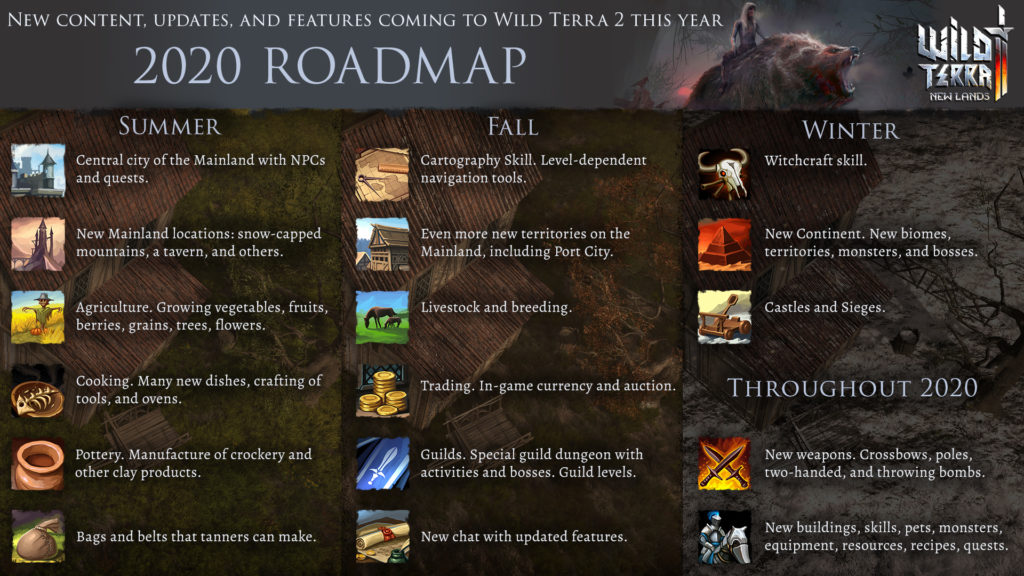