So here’s one I did not expect to see in my inbox this morning: Pearl Abyss has apparently teamed up with Netflix for a Black Desert collab with Cursed, which itself is spin on the King Arthur legends that centers on Nimue, the Lady of the Lake.

“Pearl Abyss and Kakao Games announced today that they are developing in-game content for Black Desert based on the Netflix Original Series, Cursed. Netflix’s Cursed is a ten-episode medieval high fantasy series that premiered on the popular streaming service on July 17, 2020.”

Pearl Abyss and Kakao are promising more details on what their end of the collab will look like “soon,” and in the meantime, they’ve made BDO free-to-play through August 5th, so if you’ve never tried the buy-to-play MMORPG, now is definitely the time, though you only get to keep the game for free if you manage to hit level 50 before the timer runs out. The collab itself is set to begin on July 29th. 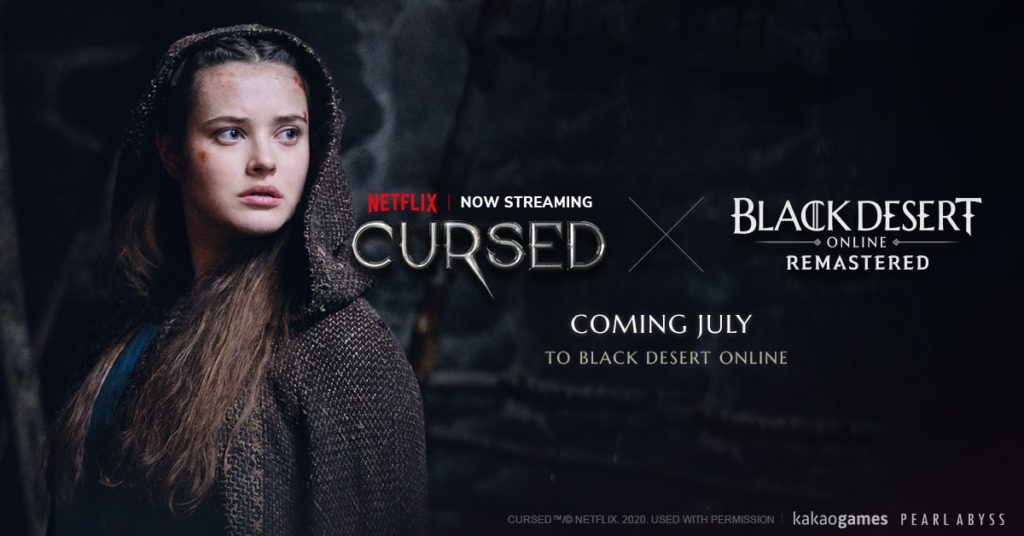 Wait… i dont get how these 2 things have anything to do with each other.

Is it just that Tencent is the evil megacorp behind both?

The Daily Grind: How do you feel about MMO login rewards?

The best MMO sales and events of Thanksgiving and Black Friday...

Wild Terra 2’s early access has been postponed to the end...