END_OF_DOCUMENT_TOKEN_TO_BE_REPLACED

As one would expect for an update focused on Wonder Woman, the key art prominently features the character; specifically, five variants of her, from WW2-era Bombshell Diana to Queen Diana from 2011’s Flashpoint series. Lest anyone forget, this new content will bring a number of new things for DCUO players, including some new Artifacts and an open-world Themyscira zone.

The update will also apparently involve Grail, the daughter of Darkseid. Incidentally, that link features an interview with creative director SJ Mueller, who generally discusses the Wonderverse update’s features, the boss fight against Grail, and a promise of something big for the game’s 10th anniversary. 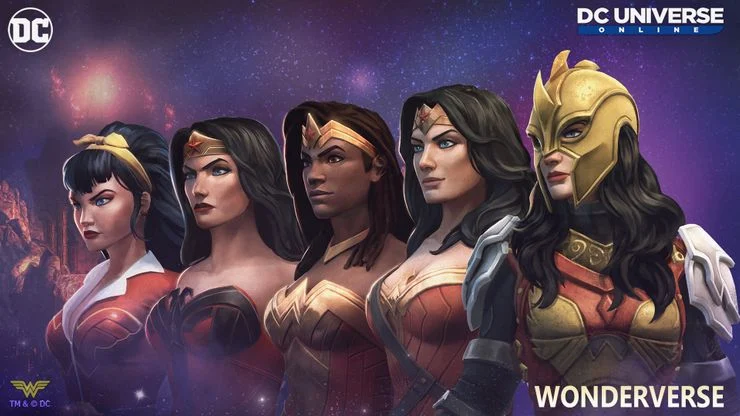 I’m surprised (pleasantly) that this continues to stick around and grow. It’s looking really rough these days but I’m sure the official DC theme helps.