So as it turns out, through information granted by a couple of commenters and by the inimitable MJ, the Moglomancer class in AdventureQuest 3D is pretty much a pure support class and isn’t really intended to be played solo.

I tried to make it happen, I really did, but the revelation of what the Moglomancer was meant to be really opened my eyes to a lot of the mechanical issues I was having up to this point, so I elected to go searching for a new class to play as I entered the Heartwood area to clear its quest line. 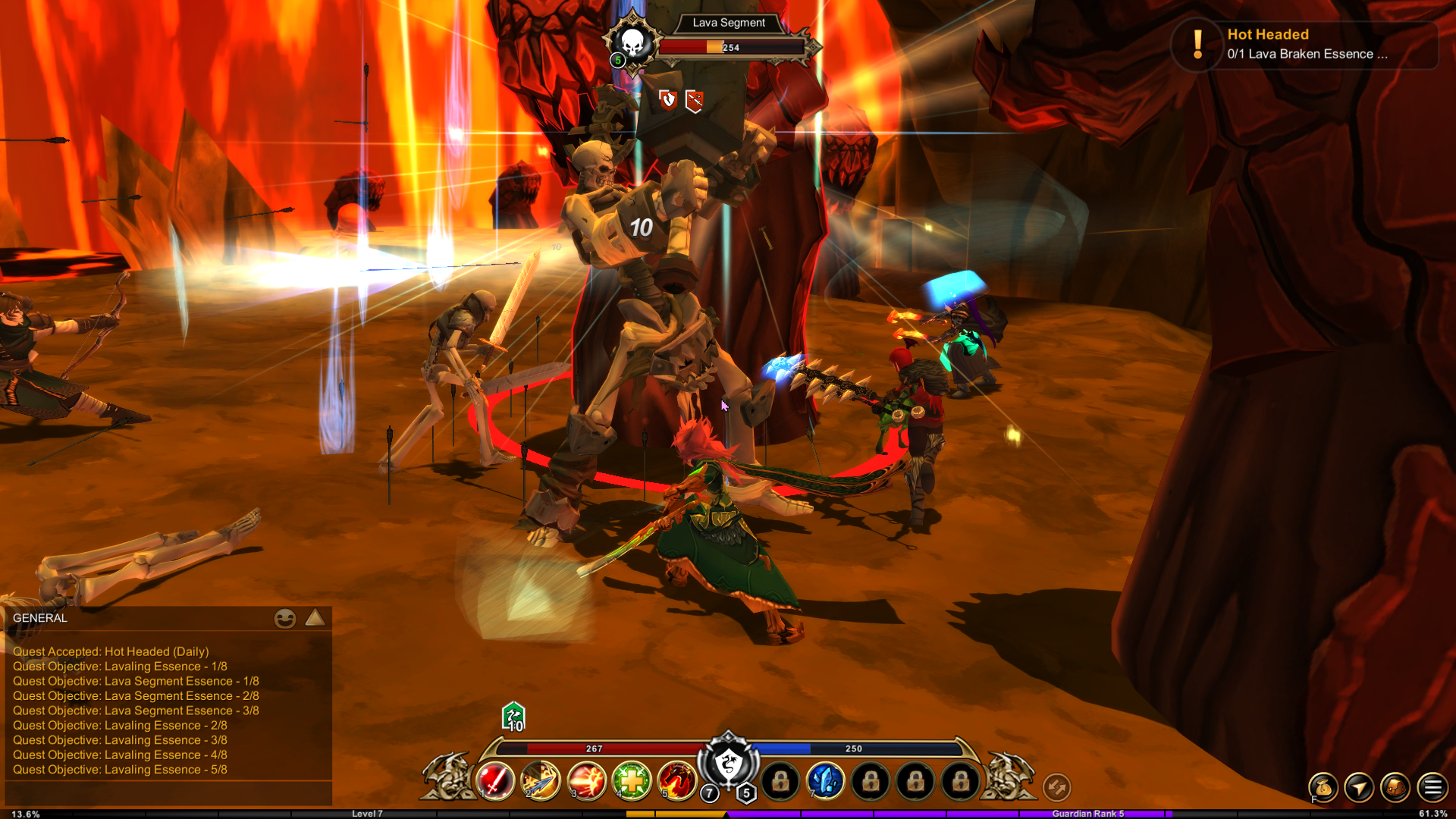 I was hoping to try a couple of the ranged classes first – the Pirate and the Archer both seemed like they would be fun choices – but I think my equipment wasn’t quite right for the class, and since I was mostly keeping kit for melee, I went ahead and started looking around for what some of the melee classes had to offer.

Ninja was one of the first and I was almost immediately confounded by the mechanics. I probably would have figured out the right rotation given time, but considering the fact that I’m starting from Rank 1 while in a level 6 zone, I didn’t really think I had the time to really get in to the nitty gritty of how it operates.

I sampled the Dragonhunter next and found it to be interesting enough, dishing out a nice bit of damage with activated skills so long as my Resolve was past a certain threshold, but once again it felt a little bit like a paper tiger, meaning that I was probably not going to last long in a protracted solo boss fight, and since I am running with no friends right now, that seems like a wash. 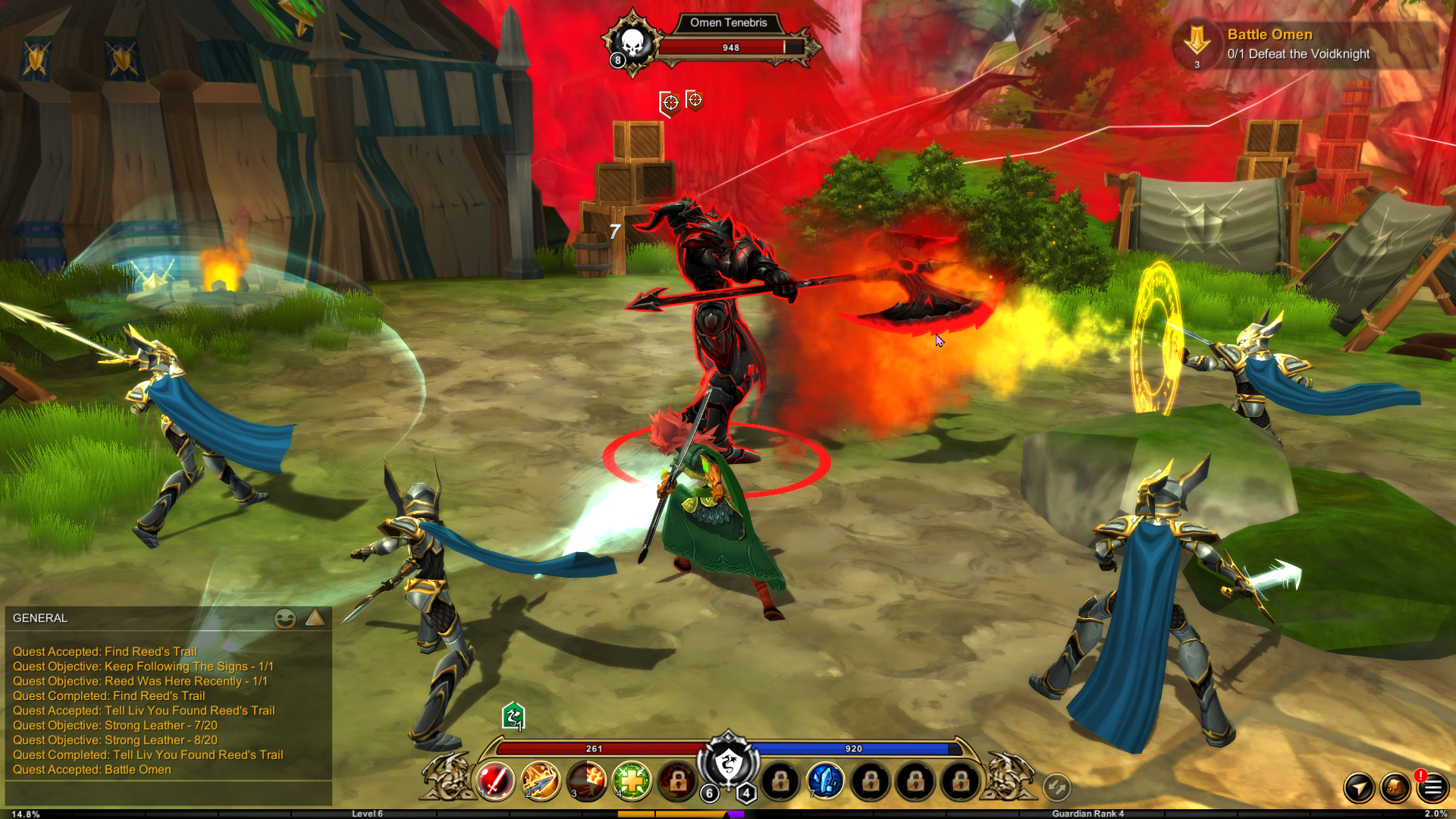 Finally, I decided to bite the bullet and pick out the Guardian, the only class in the game that outright requires a purchase to unlock. Almost immediately, I found it to be the kind of thing I was looking to play – a solo-friendly class that mostly won through full-on attrition, but also had some self-healing skills that actually had impact and felt like they were useful.

This was pretty much the wisest decision I made as I went through this particular series of quests, as it all culminated in a dungeon that I’m not sure I would have survived with any other class. So it sort of felt a bit like I found a pay-to-win class, except the Guardian is absolutely not an automatic winning choice; at one point when I was overwhelmed by three enemies at once due to awful spawning I was steamrolled pretty easily, and that dungeon fight required me to tread pretty carefully in order to pull at maximum two enemies. Still, it kind of entered that uncomfortable territory while also being exactly the sort of fun tanking class I enjoy. It was… weird, frankly. 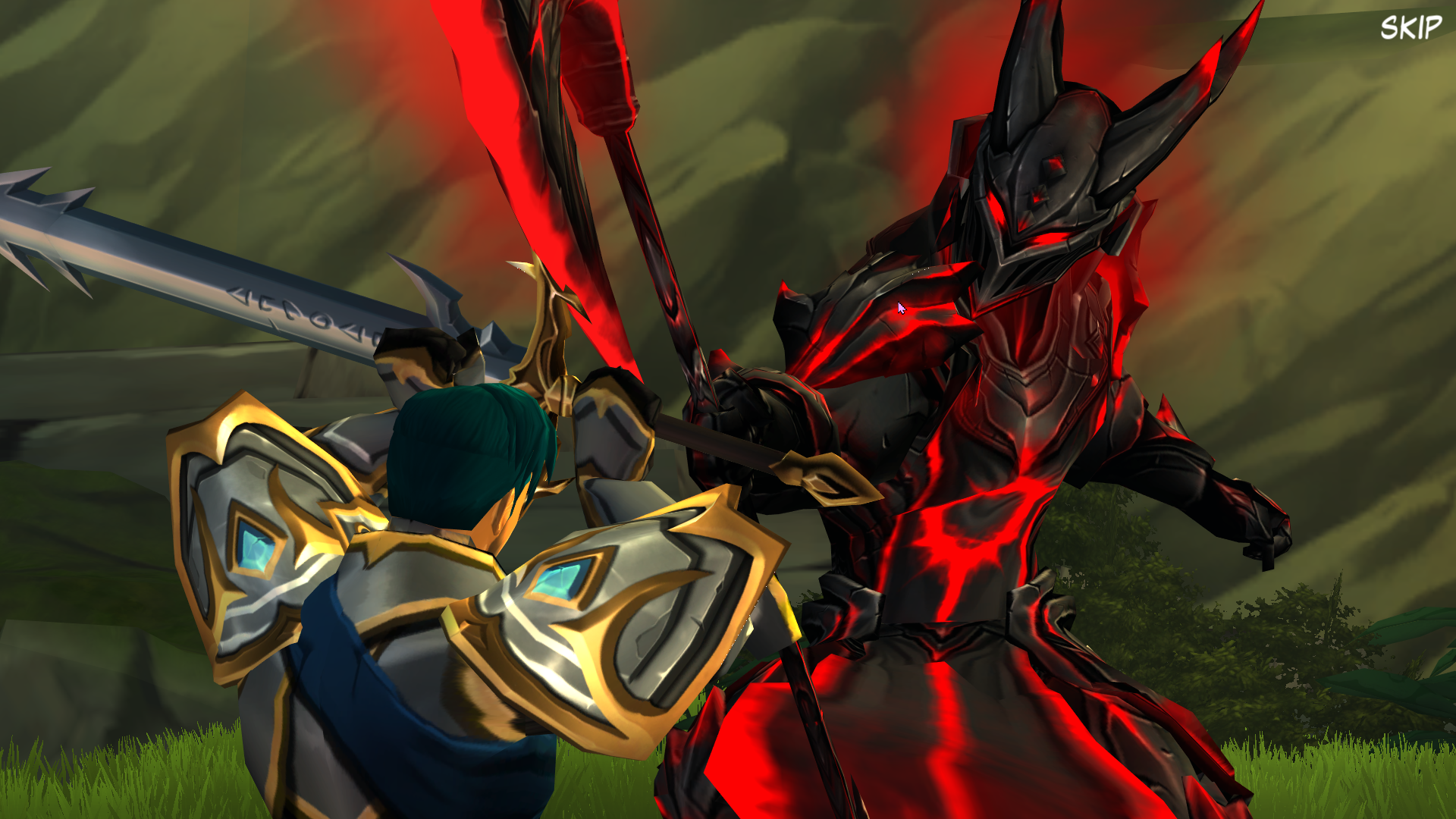 Another thing that seemed a bit weird was the Heartwood storyline in that it was trying to be a bit more serious. There were a couple of humorous notes during the quest line (one of the boss fights was against a tree called Crabby Apple), but by and large this one seemed to try to be less… well, goofy than usual, and in my opinion, that does AQ3D no favors, making these quests extremely run-of-the-mill and some of the weakest content I’ve ever experienced thus far.

With all that said, there is a grind I can chase here as there seems to be with every zone, this one for a Wooden Stallion travel form, and it also looks like the next story mission area has a sense of charming whimsy to it once again, so I have some things to keep me busy while we check out this week’s poll! And, as one would expect, it’s back to the question of classes.

As I’ve pretty much experienced up to this point, it’s melee or start over, and I am not keen on starting over unless there’s some missing piece that will keep me in caster gear to try out one of the magic users. I also figure that I will need to grind out some of the lower ranks in lower level zones to get things up to speed before I push forward in the main story quests, unless there are better suggestion provided by those who play this game regularly in the comments. So, with those asterisks in mind, here’s the class options I’m considering.

Which melee class should I focus on for the rest of this adventure? 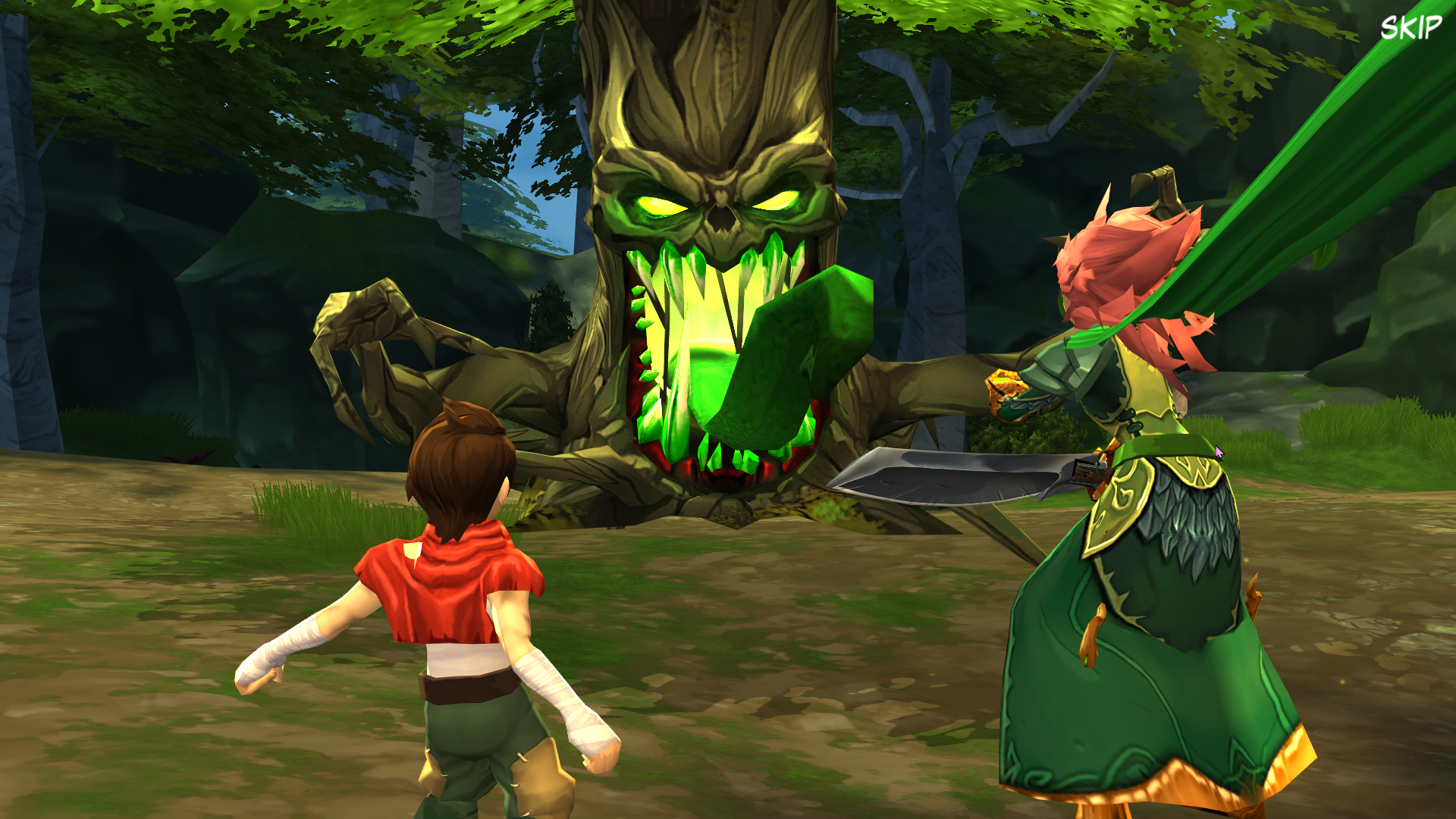 As ever, polling will close up at 1:00 p.m. EDT this upcoming Friday, August 14th. In the meantime, I think I’ll chase that Wooden Stallion. Or maybe I’ll check out some of the seasonal things that are going on right now.