Riot Games’ Runeterra is steaming ahead with an ambitious roadmap and a sizable content release later this month. On August 26th, the digital card game will release its Call of the Mountain expansion, which will add 89 cards, seven champions, and a new ranked season.

The studio gave a bit of flavor text to the region reveal: “On this towering mountain, cosmic beings lend their might to mortals. Astral dragons soar beyond the sky. Tribes of the faithful devote themselves to the sun, moon, and stars.”

This release marks the start of Runeterra’s post-launch rollout of updates. Riot posted a roadmap for the game that takes players through next February and clarified the difference between expansions, sets, and seasons. 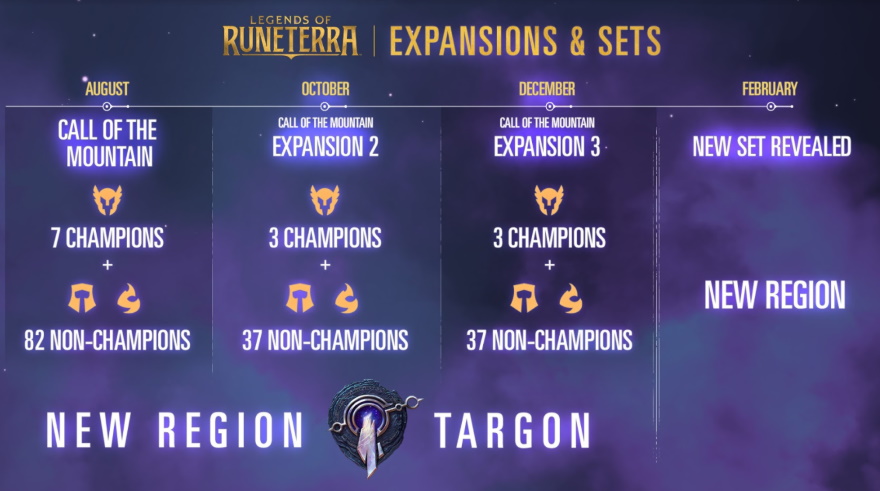 You can also check out the trailer for this month’s update: