Bandai Namco and Neowiz are making more moves with Bless Unleashed, as we noted last week, pushing the Xbox One game next to PlayStation 4 with a beta set for tomorrowday. And now the companies granted Massively OP a stack of keys for that beta, which begins Thursday, so our readers can check it out for themselves. Click the Mo button below (and prove you’re not a robot) to grab one of these keys!

Neowiz says that keys can be redeemed starting today, but the beta itself doesn’t begin until tomorrow – that’s Thursday, August 20th, at 1 p.m. EDT, and it runs until the same time on August 24th, so you’ll have the better part of the weekend and then some to try it out.

Do note that only players from the SCEA region will be able to participate with these keys – that includes folks from the United States, Canada, Mexico, Brazil, Chile, Argentina, Peru, Colombia, Panama, Costa Rica, Ecuador, Guatemala, El Salvador, Paraguay, Honduras, Bolivia, Uruguay, and Nicaragua.

Here’s how to redeem your code on PS4: 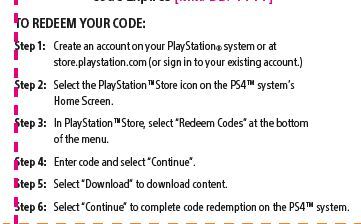 I’m actually really enjoying Bless Unleashed. I thought it would be trashy like the old PC game that shared the name, but it’s actually fun. Now I’m getting anxiety over having played the beta and got addicted but knowing I’ll have to wait for full release before I can play it again >.<

didnt think this would actually work and the first code actually failed but tried it a second time and it worked :) thank you

Tried through the Playstation Store website and got, “This prepaid card has already been redeemed.”

same thing happened to me on my phone, then I tried on my PC and got a different code that worked.

Guild Wars 2 teases logograms and elite specs as End of...