OK, OK, you can put your pitchforks down – or maybe just set them to the side for a while as you read the Squadron 42 dev blog that Cloud Imperium put out today. The publish comes after weeks of justified complaining from the Star Citizen community over the fact that real news on S42, which like its MMO sibling is many years behind schedule, hadn’t dropped since early this spring. CIG pinned the delays on a video that didn’t meet the company’s “quality bar” and promised a revamp to the game’s roadmap. More than three weeks later, it’s finally here – well, kinda. It’s not actually a new roadmap; it’s more like a preview of what the roadmap will look like under the new philosophy.

“Our new Public Roadmap will instead do what we intended to do when we first deployed the current one: show you more of what we are doing,” CIG writes. “That means we intend to show you what our developers are working on every sprint. This is a big sea change. Instead of a curated set of features, tech, or content we have confidence in delivering by a set time, we want to show you everything… or nearly everything.” 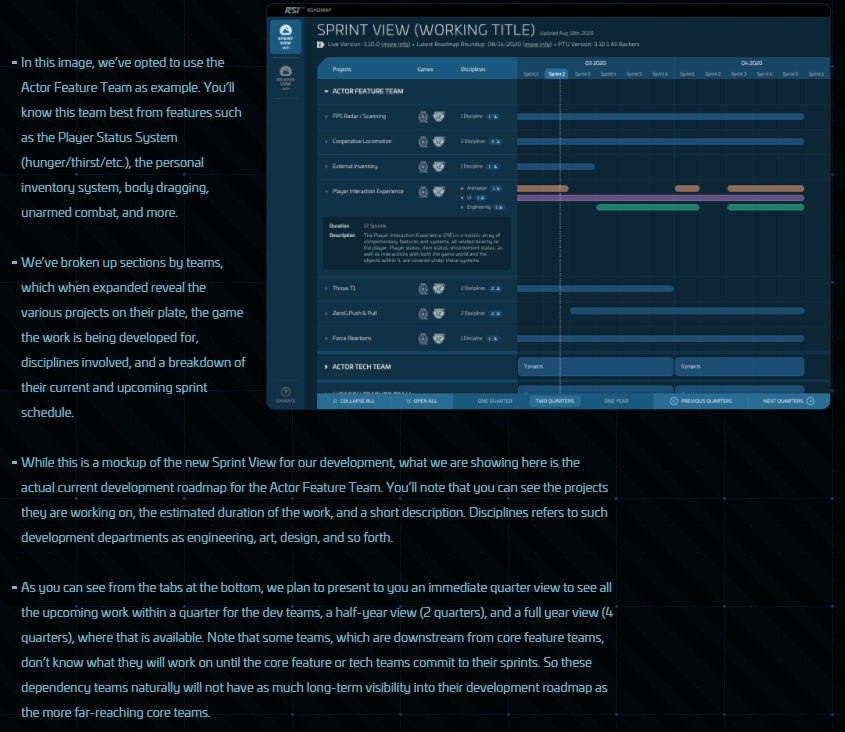 In all seriousness, it really does look fine, and it will likely satisfy gamers who are more interested in the process than the product. But if you’re simply eager for a full status report, this isn’t gonna do it for ya.