So it’s my final week here in AdventureQuest 3D and things ended with not a bang nor a whimper so much as with a gentle shrug and a soft sigh, I guess. I pressed on with using the Guardian as was decreed by the voting public, which was a reasonable if unremarkable choice. I got through the zone I was in which had a bit of humor and charm but otherwise went by without little issue or interest. I even picked up the recently released little adventure where a town was under siege and kind of cut through it without too much issue.

Through it all, things weren’t exactly riveting but they also weren’t too boring either. I just sort of turned off my brain and got through my business, looking for some entertainment in the quest dialogue. The quest area where I was helping an orc warchief held some interest, the village did not, and then I started off doing things in Gloomwood. By this point, I was basically looking to spice things up.

Which means I picked fights I had no business picking. 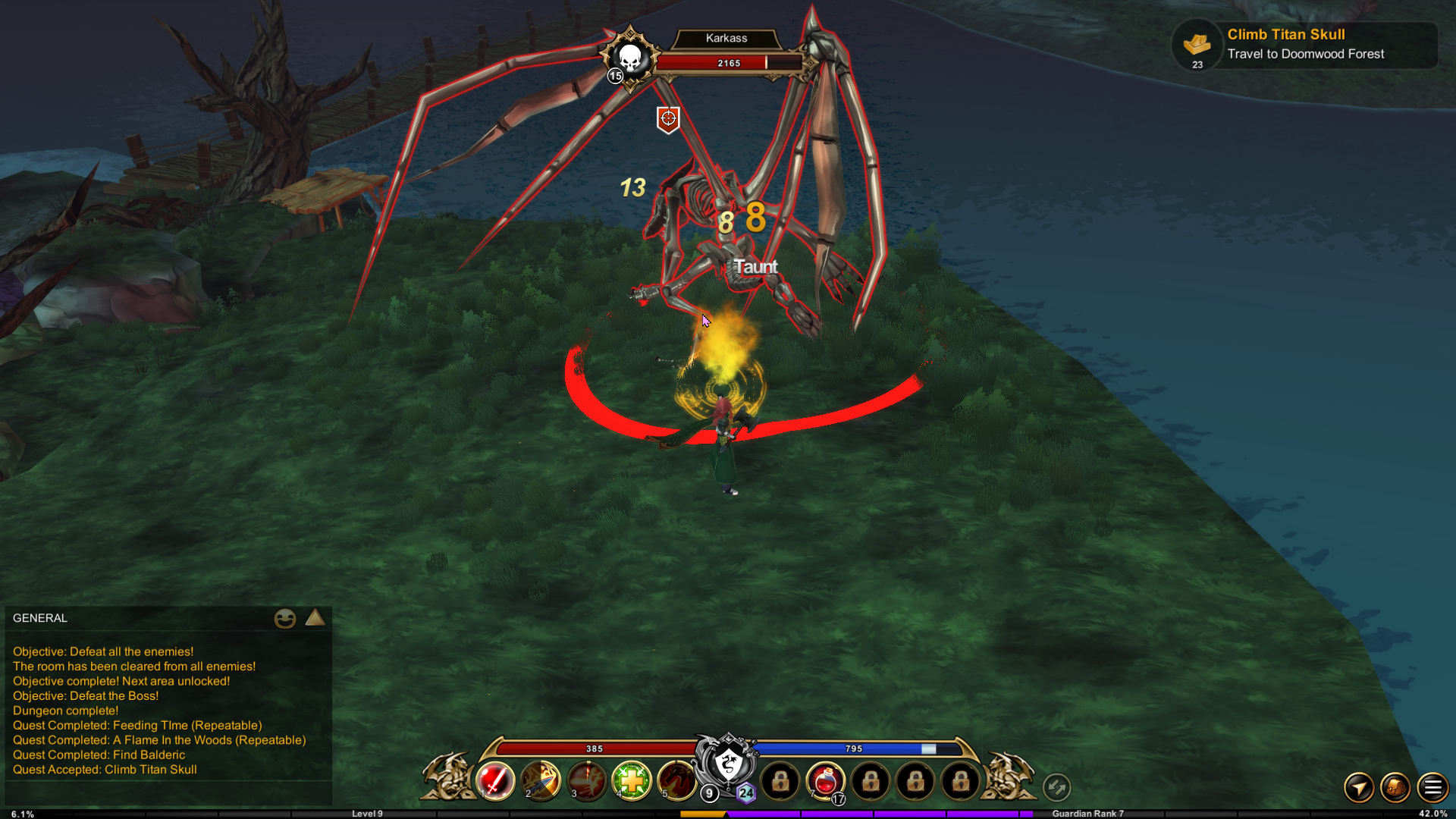 There were some daily missions granted by an NPC in Gloomwood that – unbeknownst to me – all aimed me at a dungeon that had level 11 enemies while my character was just in the latter stages of level 8. The first time I ran it publicly and was effectively carried through the encounter, so I re-entered to both complete a few lingering daily quests and to see if I could handle it solo. The answer was a resounding “yes,” but only with a lot of cheesing, even more potion chugging, and a little bit of luck. Some of those little gremlin critters in there, for example, absolutely hurt.

Once I got that dungeon done and got the dailies cleared, I stumbled across a solo challenge where my now-level 9 character had to face off against a level 15 boss. This would normally spell immediate death, but as it turns out, this boss’ attacks were all done with big telegraphs instead of just basic “white damage” attacks, meaning I had to avoid telegraph patterns while slowly nibbling down an obscene health bar. It wasn’t fun, exactly, but it was challenging enough and it made me focus up, so that was nice.

After that point, I pretty much just felt like I had experienced all that AQ3D had to offer. My Guardian class had, effectively, gotten all of its buttons. The gameplay beats were all pretty routine, meaning I had to hope that the dialogue would be entertaining enough to carry me forward and just simply shove my way past the quests when it wasn’t. The drive to earn levels didn’t really compel me, the new later ranks didn’t provide me with new tools, and the chase for improving my gear incrementally wasn’t enough of a carrot for me to chase.

In short, even at halfway to level 10, I really felt like I had completed the game. 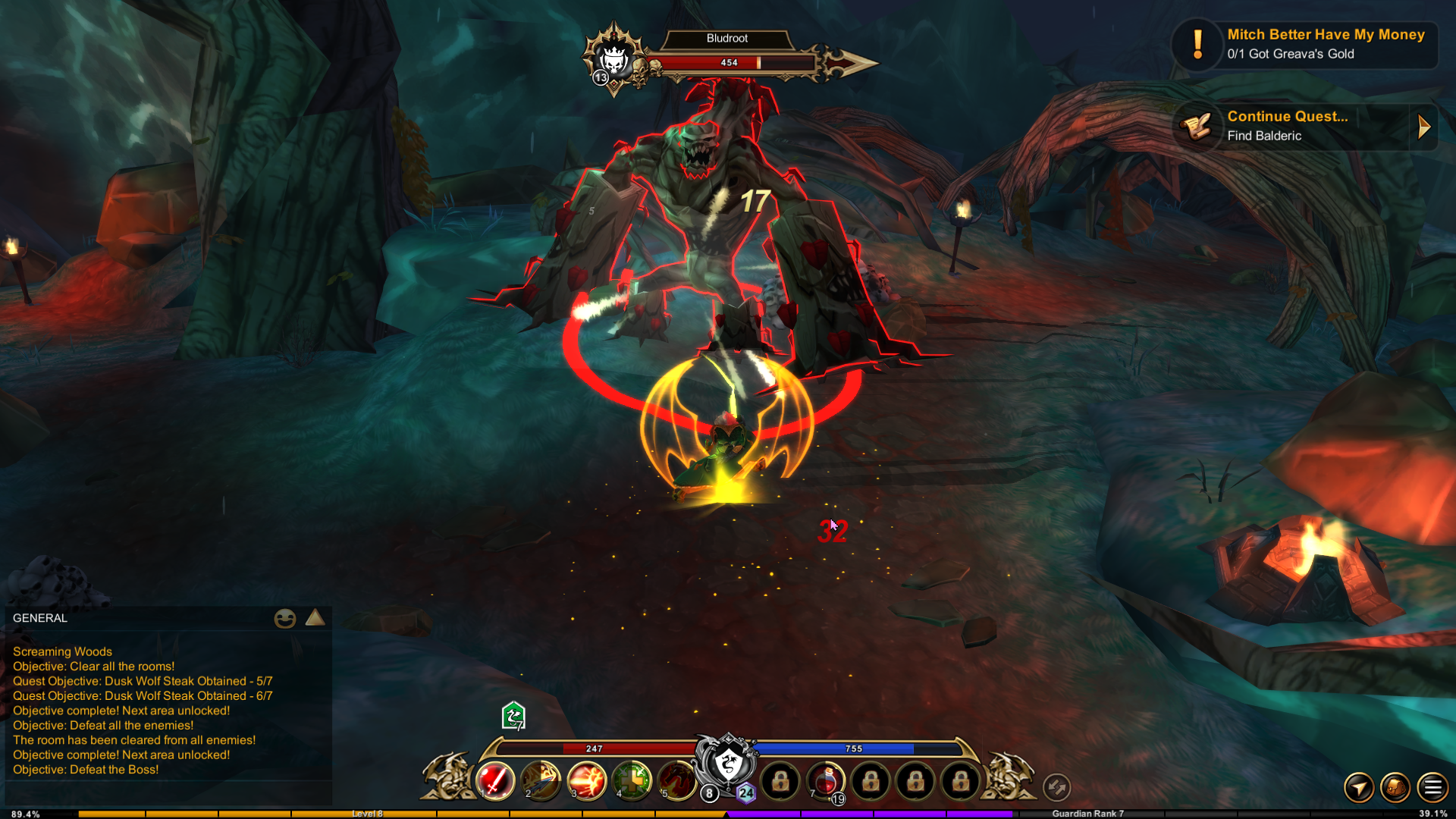 It’s entirely possible that I’m in the wrong here. There’s possibly some fun stuff waiting at the high levels, or the later zone updates introduced the same character and zaniness that the opening zone provided. But considering how slow leveling up felt and how little perceptive reward I was going to be given for doing so, I’m just not sure there’s more for AQ3D to give.

Even so, I’m not really eager to call this a bad game. It’s not bad, and I definitely don’t actively hate or dislike the game, it’s just extremely simplistic. It has a lot of charm and character and the people at Artix Entertainment very clearly enjoy what they do. And I am all about games that are just okay as I’ve written before. But even I need a little more something to hook me in and keep playing and pressing on, and earning levels that simply raise my stats is not enough of a motivator; I’m not against limited action bar MMOs, but boy are these action bars limited. I want more tools to play with and more buttons to press, or at least a choice of more buttons to press.

This game has its fans and it deserves them. It’s got things to enjoy, especially for those who just like to do little gear grinding chases in their MMOs. And when the game leans in on its cartoonish, zany nature, it absolutely shines. I just would like that to happen more as well as have more excuses to level up and push forward. 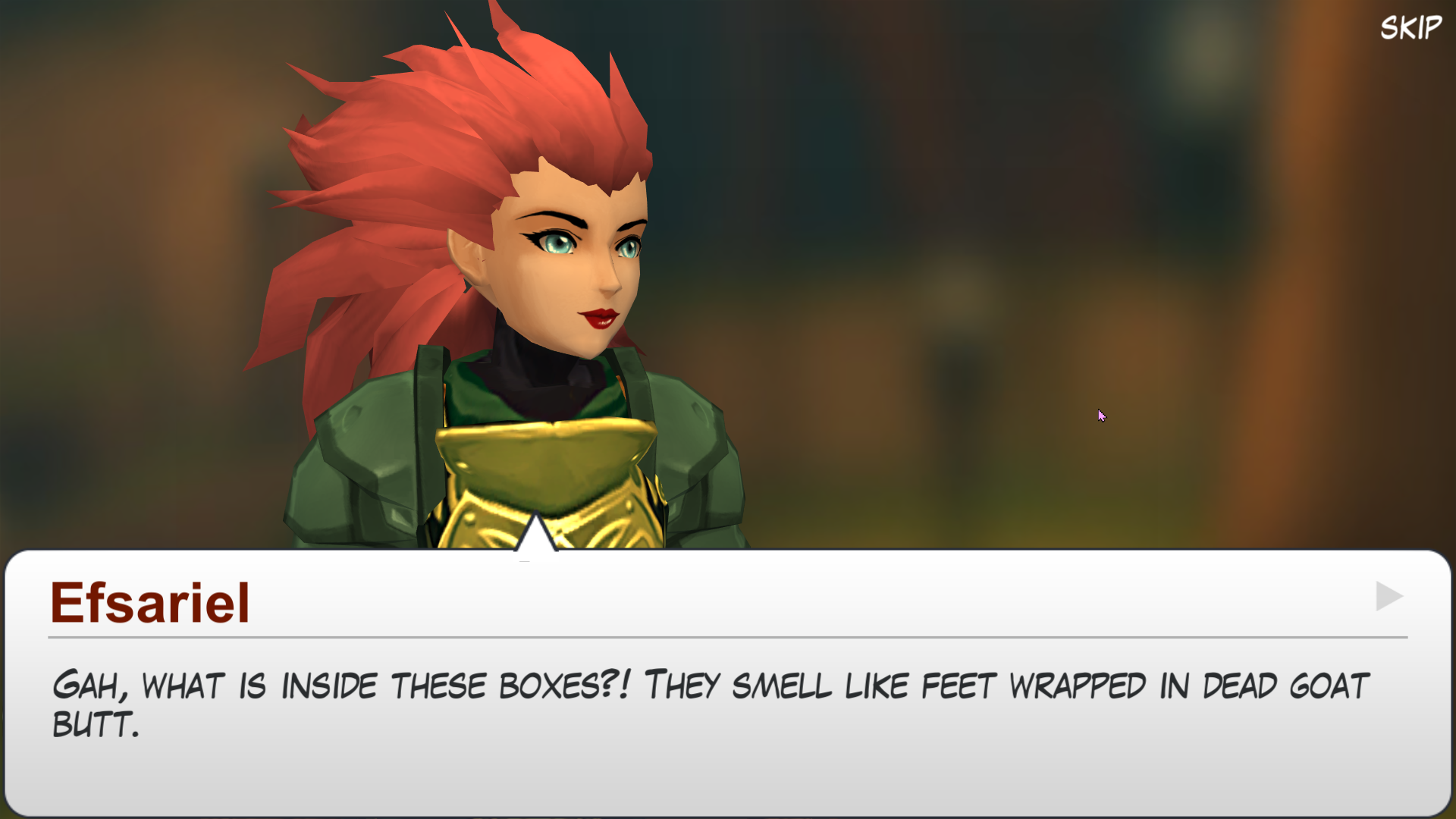 But that’s the end of the month for this one and we’ll be pushing ahead to a new adventure. It’s time once again for another sandbox game, and this time we’ll be taking a look at the newly resurgent Wurm Online. As we’ve been reporting, things for this game have been growing nicely ever since it made its launch on Steam, so this seems as good a reason as any to take a peek and see how this one operates. Before we do that, though, we’ve got some polling decisions to make.

The first one is a selection of server. Yes, I’m going PvE servers only, but that’s because that’s the way I play. If you would like some PvP-centered goodness, Fight or Kite is right over here. So, which server shall we start on?

Which server should I start on?

The next is a bit of a broad strokes sort of question and something I’ll be doing a bit more research on, but the focus of our advancement has to be figured out. So, here are the spectacularly vague choices I’ve got in mind. Feel free to provide your own input and insight into what I’m meant to do in the comments as well, by the way.

What should be the general focus of my time in Wurm? 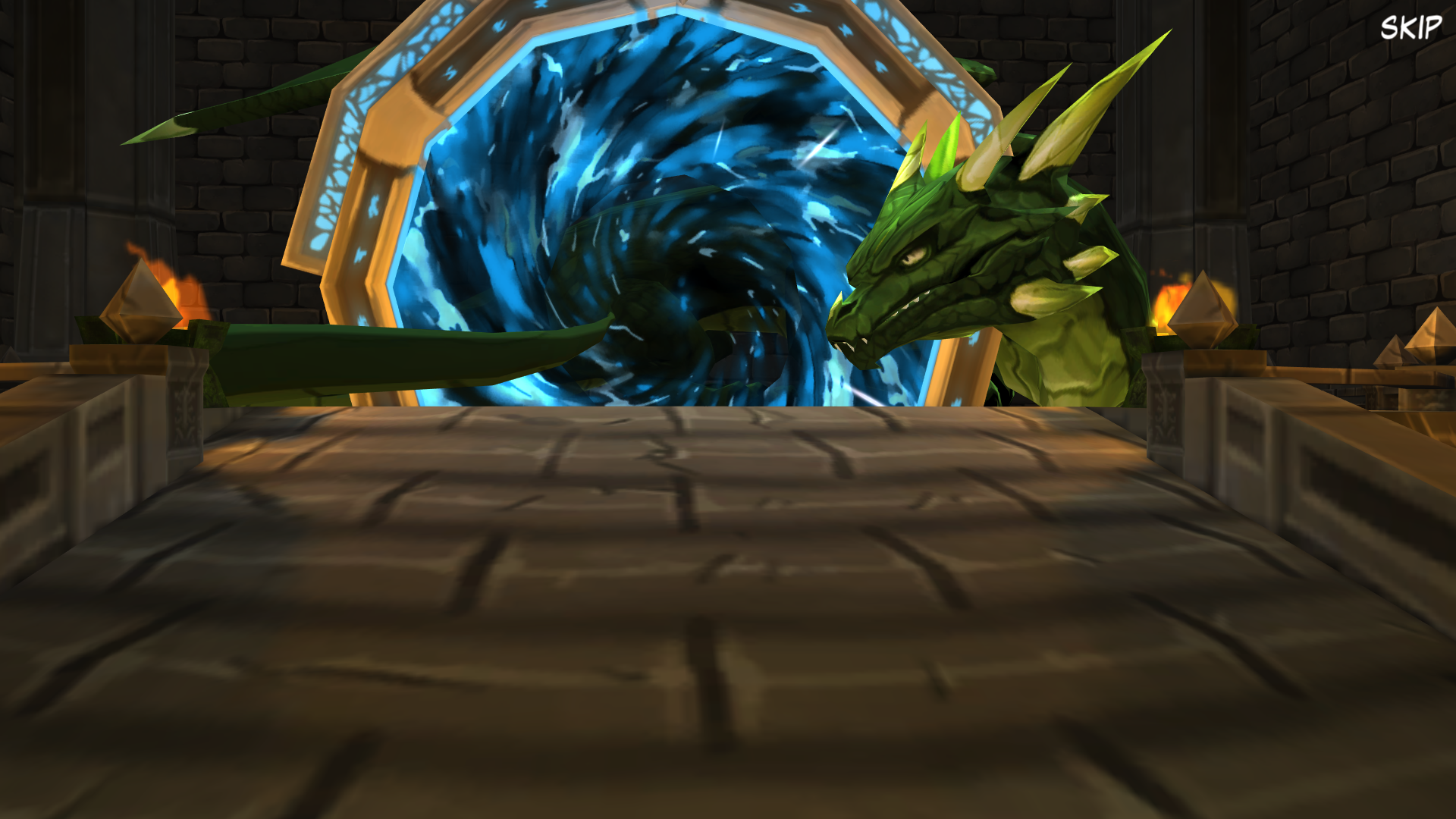 Like normal, polling will wrap up this coming Friday, August 28th, at 1:00 p.m. EDT. I’ve gotten through the tutorial section of this one, and I have to say, I have some reservations, but I’m willing to see this to the end if you all are.