It’s always a parade of fluffy, furry, and feathery friends when One Shots asks readers to share their favorite pets, and today is no different! We’ll start this week with a striking picture from Toy Clown, who features a beast that you really wouldn’t want to meet in a dark alley — or a well-lit hotel lobby, for that matter.

“This is my Final Fantasy XIV buddy, a flying gorilla named Romples,” Toy said. “We go everywhere together!”

Is that because… is it because Romples is calling the shots? Are you a hostage? Blink once for yes, and we will send help. 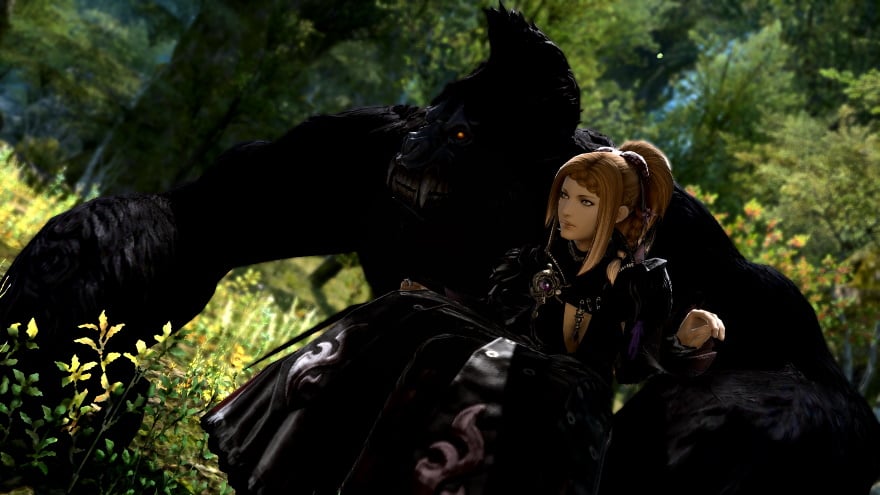 Some pets take more effort to attain than others, and Morgan apparently put in a lot of work for this World of Warcraft companion.

“This only took me about 2500 casts!” Morgan said, making an ironclad case why fishing is not for me.

Meanwhile, over in Black Desert, Hikari is becoming a pet detective for a new generation: “A pet? Why not ALL the pets? Okay, so herding them for pictures isn’t exactly easy.” 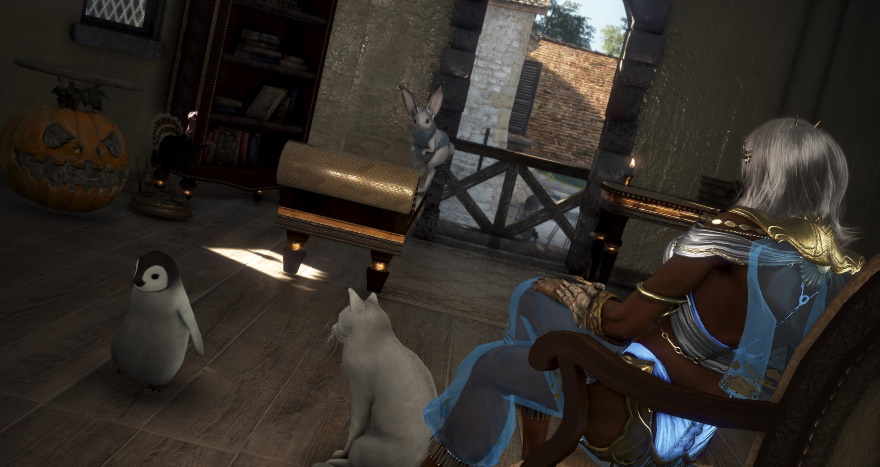 Furin asks us to take a reflective moment in Guild Wars 2: “In the distant past, on the isle of the dead, father and son look at their creation. Their descendants have created the Interface Crafter Golem, and you know what? ‘Statistically speaking, this is rather rare!’ — or so the Asurans would say.” 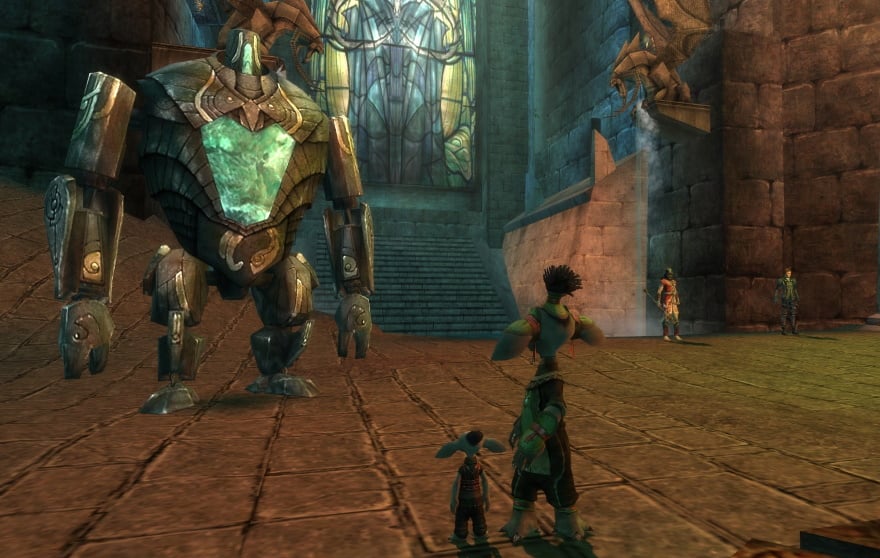 “If only this were my pet!” Sleepy said before a giant Lord of the Rings Online eagle decided to have a light snack. Why can’t we play as giant eagles again? That would be amazing. 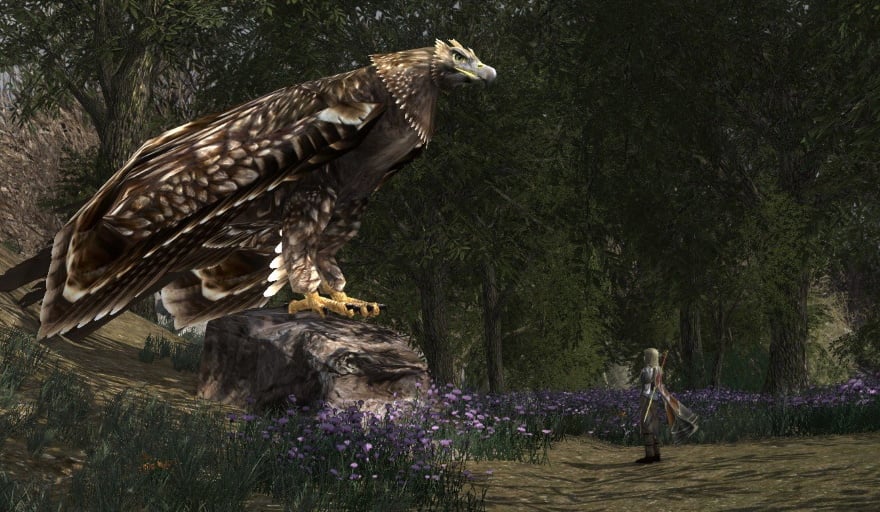 Now that you’ve had your morning Wheaties and are raring for another screenshot challenge, why not show a picture of your favorite ruler, chief, king, queen, or whatever from an MMO!

The only thing that rules here is how amazing the view is.
BDO: taking the sky balloon to Valencia

This is the one

Not this week. Right now, there’s only one King.

Thanks for the laugh this morning. Poor Romples. xD

I got a great screenshot of FFXIV leaders, except… it’s not a really great screenshot but here it is anyway! It’s the 7th anniversary of The Rising and in the picture is the leader of Ul’dah and several of her right and left lala-hands, then the tall point is the avatar of Yoshi-P as the minstrel that appears each year on The Rising to chat and sing a song! Or verses of a song.

My sylvari engineer has ruled Kryta with a firm but just hand for many years. Here she is waving to her minions.

In the background are the Three Musketeers: Junghado, Yunma Fei and Yu Chun from left to right…

…not that they’re my favorite “rulers”. Well, the only the middle one actually rules. But they figure a lot in the the B&S end game plotting. And as my alias for them implies, all 3 wield swords. And are very effectively. One can even castrate a boar from 200 meters away…so ouch! They are also kinda “fun” to hang around with. /shrug :)

Here’s slightly better shot of them.

Late but I have been switching MMOs.

My Ghost Sabre and of course Queue – The Winged Serpent.

I’m sure she doesn’t require further introductions, and she seemed rather bothered by me and the camera, so I took a quick shot and ran away before she would get seriously irritated. I’ve seen what she does when irritated.

Not an MMO, sorry, but from the 100+ games I have access to at the moment (game pass), GRIS impressed me the most.

It’s been a strange week, so I’m just gonna drop these here…

I was just thinking “wait, isn’t that…” lol

I thought there was something a little “off” with those Asurans. o.O