We’ve all seen classes and gear hit with the nerf bat from time to time in MMOs — hey, it’s a fact of life! But actually giving players foam weapons seems like the devs are grossly overstepping their duties.

Minimalistway shares this World of Warcraft evidence: “Sometimes the game asks me not to kill mobs but to lower their health, for a high level player that’s impossible, i can one-punch most low level mobs, so right now the best weapon i have is this Soft Foam Sword, for when you need not-to-kill a mob. The monkey with a fez is my pet Charles.” 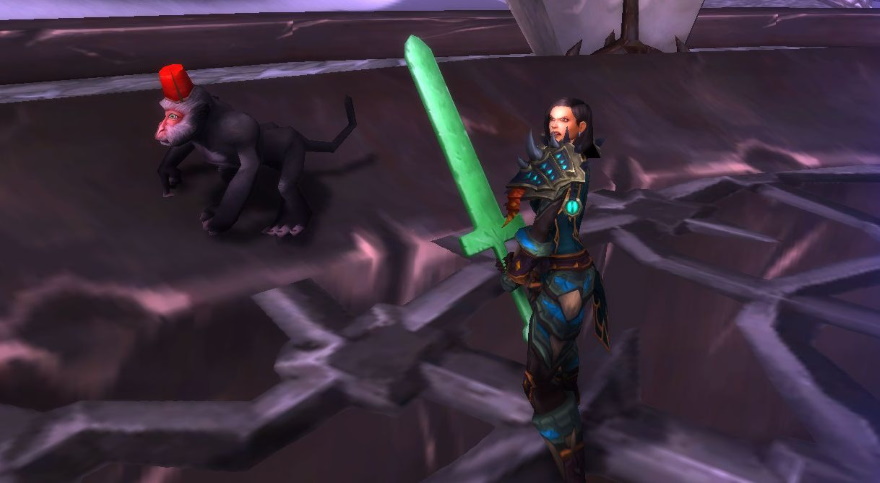 “I took part in New World preview and I was pleasantly surprised how many armors, how different they look and how good was dyeing system,” shared Kinya. “There was one set from faction vendor, where hat looks like colonial wig — and I love it.” 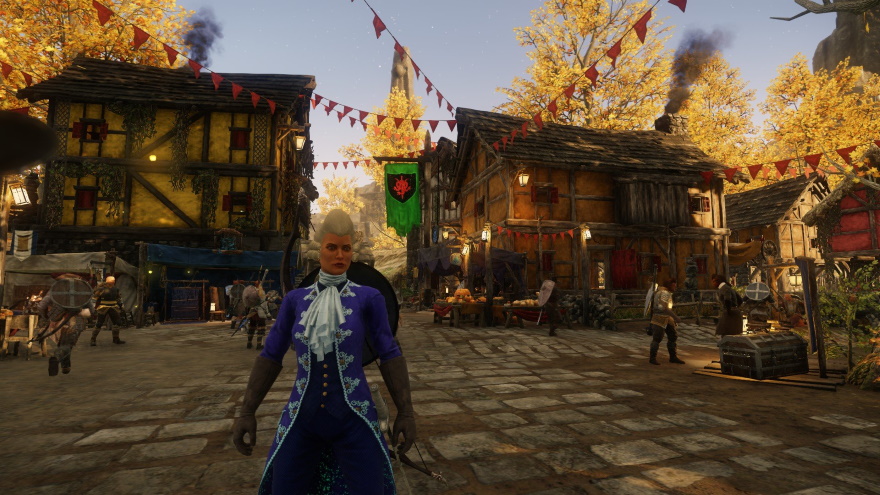 One thing that I learned last week is that if we want to get record One Shots submissions, we just need to ask everyone to show off their super-duper-awesome weapons.

“In Guild Wars 2, my necromancer has an obvious identity problem at the moment,” shared Toy Clown. “She’s wielding the Lorekeeper’s Greatsword, which I love so much that she’s identifying as a dark paladin for now.” 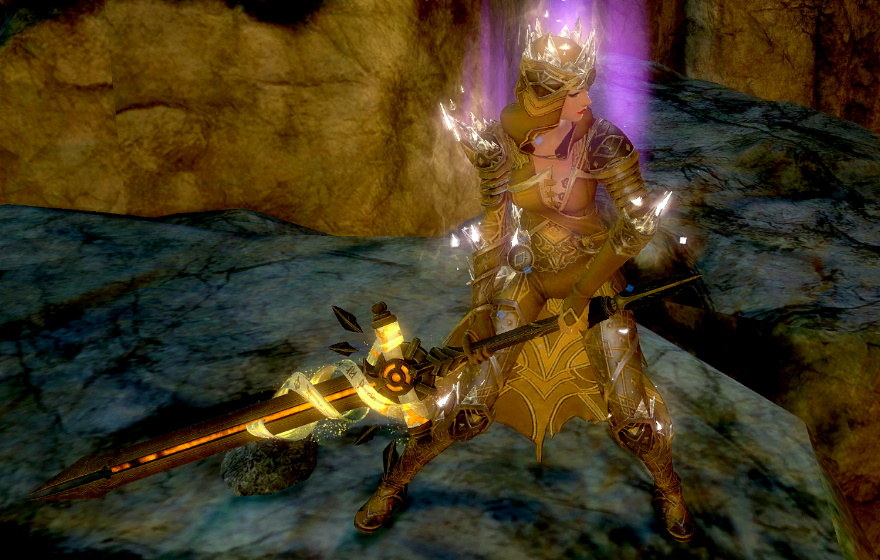 Mysecretid took us back to a very familiar locale: “I returned to City of Heroes via the Homecoming servers and resurrected one of my old favorites, my martial arts street scrapper, Code Red. While it feels surprisingly good to be back in the game world, and the gameplay mechanics remain surprisingly versatile and player-friendly, I confess that the game’s graphics have aged more severely over time than I expected.” 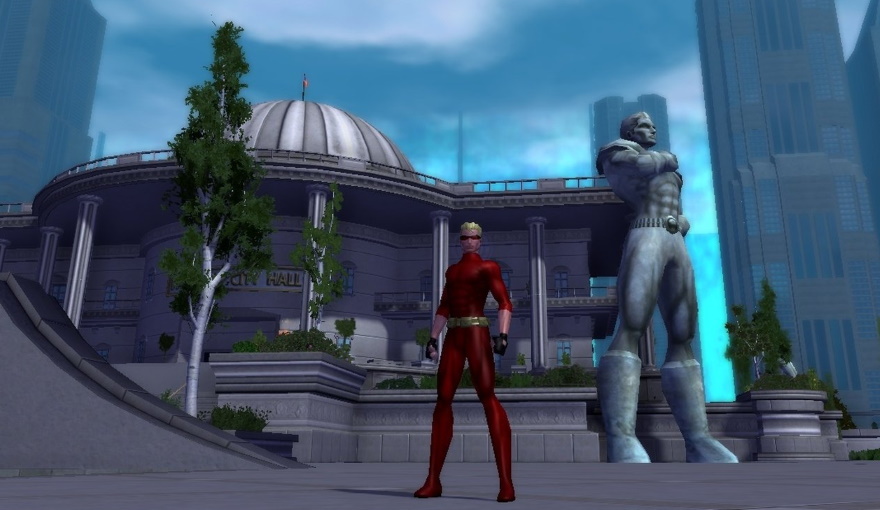 Of course, the most epic weapon of them all is one that any self-respecting citizen of the Shire is going to have hanging up in his or her kitchen. Stormwaltz pulled the cover off of this closely-held secret from Lord of the Rings Online. 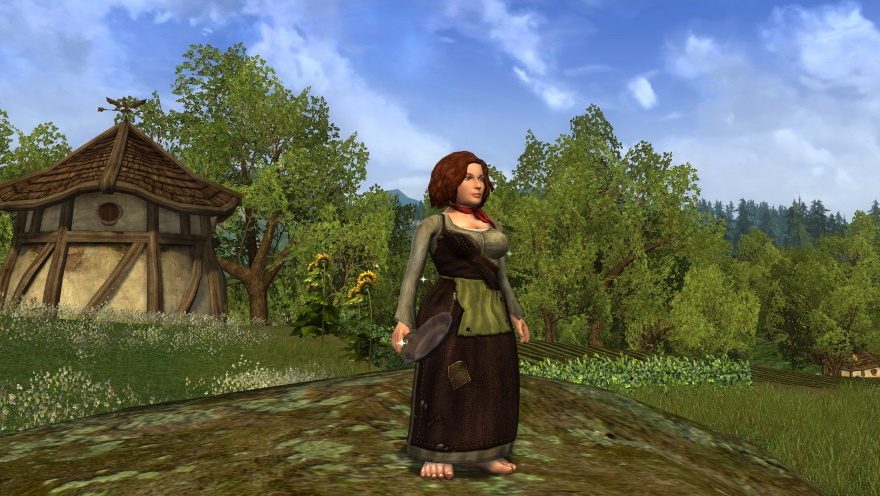 What do you see a million times every week in your MMOs? Dead monsters, of course, because you’re an amazing keyboard warrior. So for this week’s screenshot challenge, share a pic of a (morbidly?) interesting dead mob, whether big or small!

How about a place that represent death and decay? i think it’s beautiful, the end boss of this dungeon looks like a mass of that, taking screenshot for it before the fight is better, at least you can see some details.

This is what happens when a few hundred players converge on a single area in FFXIV (Ishgard Restoration), and they all have to wait 30 minutes for the event to actually start. This began as a Dance party, but everyone decided to use their “Charmed” emotes and turned it into a Rave…

(note that FFXIV limits the number of characters it can show on screen at once, so this is just the fifty or so who were closest to my Miqo’te)

LOL! The Beatles were perfect. Heh.

Well, if we are getting morbidly cool corpses, then let’s have some beauty too. A couple of shots from Emerald Dreamway.

1) All mobs around this “biome” are not exactly alive.

2) All deceased mobs insta-dissipate in the respective game.

3) The poster doesn’t take pictures of corpses to begin with.