Elteria Adventures, the cutesy voxelbox MMO of “creative freedom,” has offered up a look ahead to its next major content updates, aka mega patches, each bringing new areas, items, and more for players to explore.

For those who don’t remember, Elteria Adventures first came to our notice in May with promise of exploration of floating islands, fully destructible environments, a voxel-based building system, and cute-sounding threats like Crystal Llamas and Boarmelons. The game offered up an open access event that kicked off in June and has since entered a closed alpha state, but allowed those who played the game during open access to keep playing and even keep their progress. As of right now, the game can be wishlisted on Steam, while access to closed alpha is available by request. 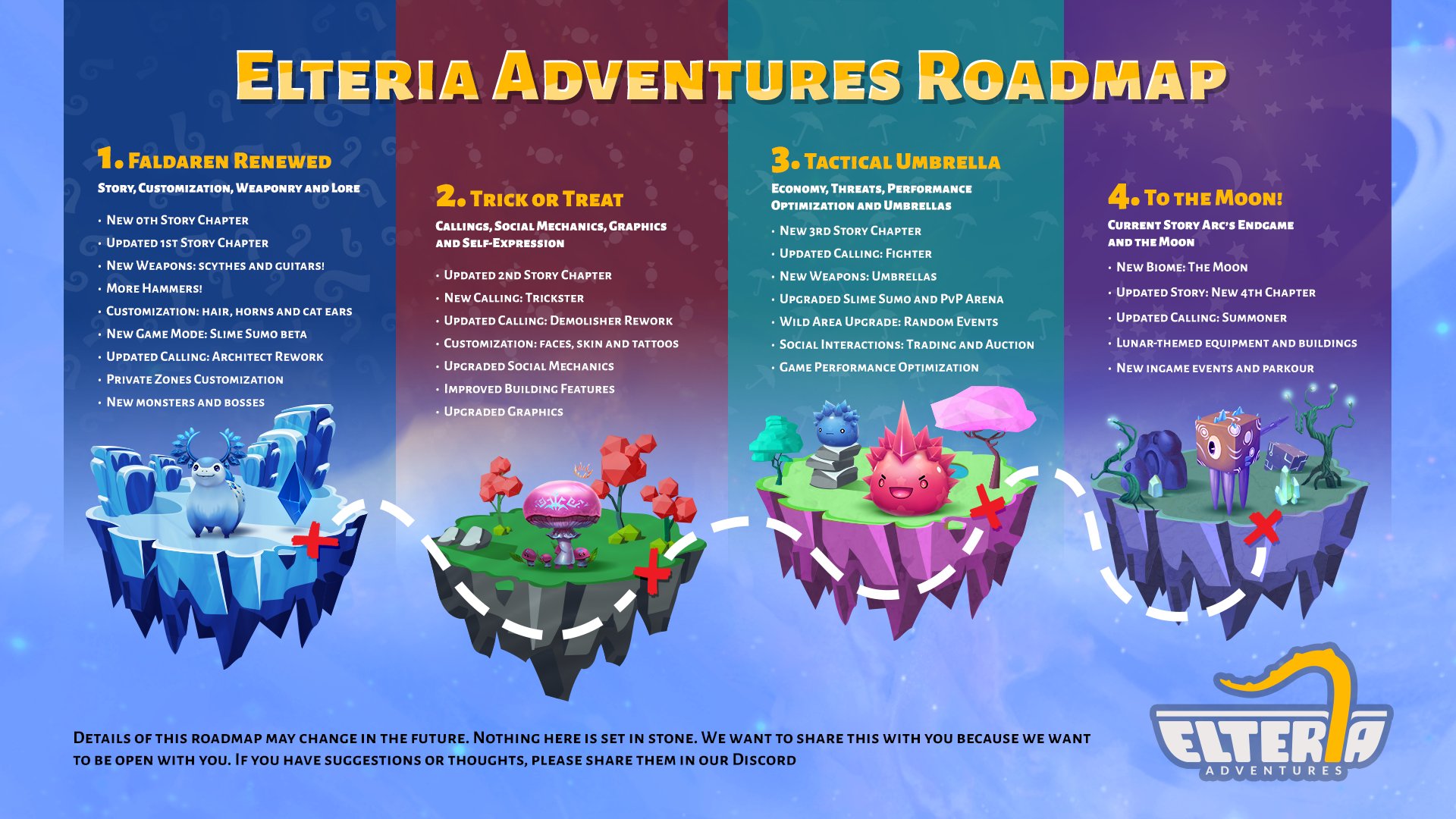 I’m always up for some voxel fun. I’ll have to give it a go when it comes out next year.

I signed up for alpha via the link above and they gave me a key right away. You can try it now if you wanted to.