Book of Travels effectively took Massively OP’s most anticipated award last year, especially since the game that tied with it no longer really exists. It came almost out of nowhere in 2019 with a Kickstarter promising a painterly and weird and creative roleplaying sandbox MMO experience, and it was gobbled up by MMO players hungry for something new and original from a proven team. But through the pandemic, it’s been slow going, with the game’s beta phases this summer being a bright spot.

Now, studio Might and Delight has offered an update for Kickstarter backers. Notably, it’s promising a gameplay video and major update in November, new screenshots (some of which are in the gallery down below), more developer presence and fortnightly updates starting October 2nd, and another short beta early next year.

The team’s latest roadmap says it’s also pushed off its early access launch to the second quarter of next year. “While playing-together-apart has saved us this summer, working together apart doesn’t make for ideal coding collaboration,” M&D explains. “We were glad to have delivered the closed beta in June, but it was a smaller version than we’d have liked and it revealed to us the extent of the work ahead. We also have Shelter 3 in production and a happily thriving world of Meadow to maintain, so in the end we had to take stock and revise deadlines – early access is now scheduled for Q2 of 2021.” Right now, the devs are working on combat polish, dialogue, story arcs, and the hub city. 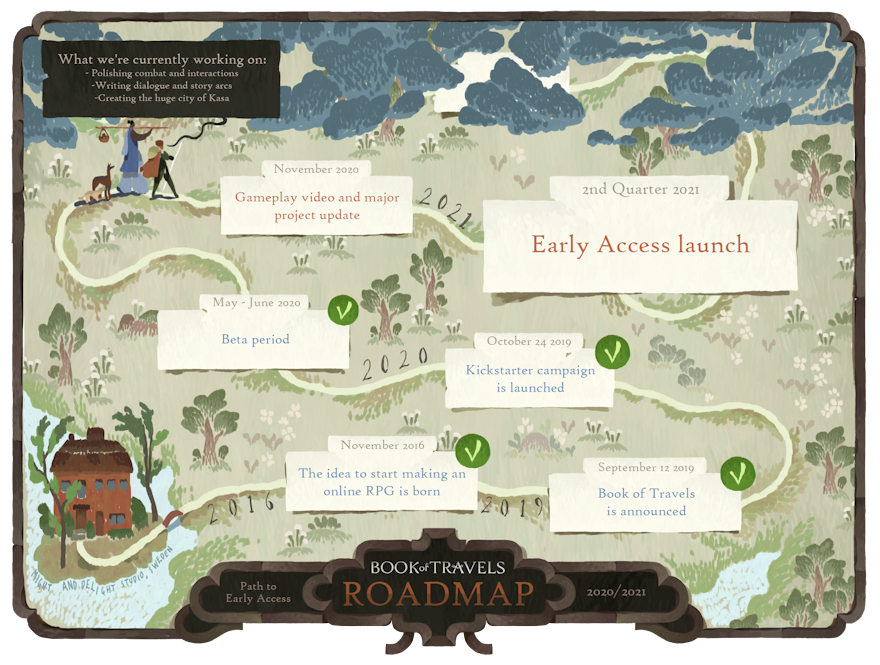 Since we have some excellent artists in the MOP community, we want to pass this along too: Might and Delight has been hunting for fresh talent; last week, the studio posted tryouts.