We’re updating this post with the big news down at the bottom!

All year, Broadsword’s been teasing something big for Ultima Online, which we’ve been assuming just has to be the long-delayed Steam launch. And we do mean long-delayed: As we’ve previously noted, the game was greenlit for Steam in 2014, back when Steam greenlighting still existed, but we were led to believe that EA (which licenses the game to Broadsword, which itself is a spin-out of the old Mythic team) was preventing it from actually happening. With EA’s recent about-face on Steam and SWTOR’s launch there, a launch may finally be imminent.

Maybe it’s not that, but we’re about to find out either way, as the game is celebrating 23 years online today, and Broadsword is running a live event to announce whatever it is and toast the seminal MMORPG. “To celebrate the 23rd Anniversary of Ultima Online and make an exciting announcement we would like to invite everyone to a special live stream event on September 24, 2020 at 1pm ET,” the team announced last week. The stream further suggests it’s a “much anticipated next big project.” We’ll be updating this post with this highlights, or you can watch along with us! 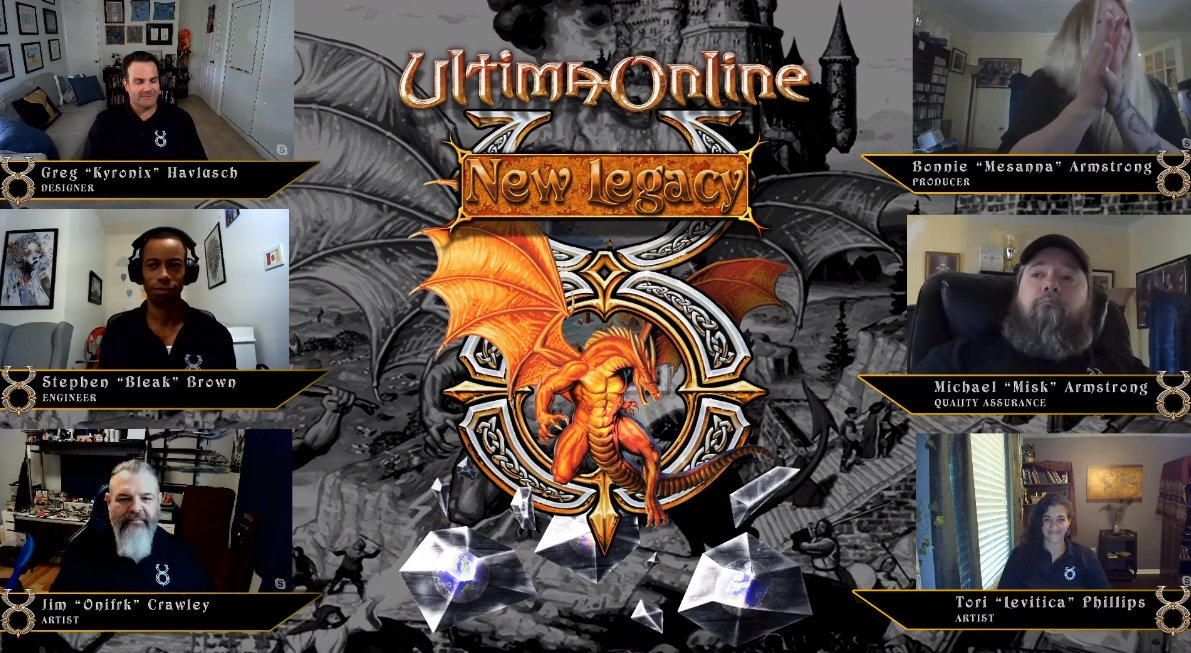 The goal of the new shard is to allow players to experience the nostalgia of entering the game world, with a focus on onboarding brand-new players to the game. Yes, they’ve clearly been listening to complaints about the difficulty of starting up in a game this old and the current lackluster tutorial. New Legacy has a totally new ruleset, “getting back to the core” of the RPG, with changes to much of the original gameplay to make it more intuitive and immersive – like the skill system, which will still exist but won’t be exactly the same. The gear stat system will also be simplified. Players will not be able to transfer to the New Legacy shard, though it sounds as if the shard will have seasonal phases that will allow players to move from New Legacy to prodo shards.

Existing servers will continue on as they are, so if you’re an existing player, you don’t need to panic. Broadsword’s Bonnie Armstrong emphasized that the team is focused on embracing the game’s heritage, not gutting it, so dramatic changes to the game (like art) aren’t on the table. Counselors and Seers will not be returning, just GMs and EGMs. No release date is being announced; there will not be an extra cost. Free-to-play accounts will able to access the new shard, though they will not be able to place houses. And yes, it’ll work with both clients (yay!).

As for PvP, Broadsword said that it doesn’t have any plans to allow for a gankbox, as the game’s old school gankbox gameplay helped neither the population nor the community, as most veteran players know. However, the team says it’s trying to “thread the needle” by allowing some form of PvP in the world, though it doesn’t sound as if there will be separate Trammel and Felucca facets.

Worth noting is that the six folks in the stream image above? That’s the entire Ultima Online team. Six people. Puts all the content from the last few years in perspective, yeah?