Last week, Elite: Dangerous began to spill information about the upcoming Odyssey expansion with a video about missions and their move to on-ground locations like stations and NPCs. That subject was mostly the focal point for the latest Discovery Scanner devstream, which opened up further about the mechanics of finding things to do on foot.

When face-to-face with mission givers, players will be able to negotiate the terms of a mission’s rewards, with success or failure driven by reputation, influence, experience, and faction status. As for the missions themselves, there will be combat and non-combat missions that can involve tasks like collecting items (either by hand or with an SRV), searching boxes, or scavenging and scanning areas for wreckage or loot. Many locations that can be traveled to on foot but some that will require ship travel or Apex transportation travel.

The three types of suits players can use for exploration, combat, and scavenging can be upgraded and customized, and multiple suits can be owned as well as upgraded differently, including multiples of the same suit type. Suits will be required when leaving a ship and will have shields as well as battery power. On the subject of combat, NPCs can attack unprovoked, with word of CQC as well as weapons animations. And by the way, NPCs won’t stand on tables. 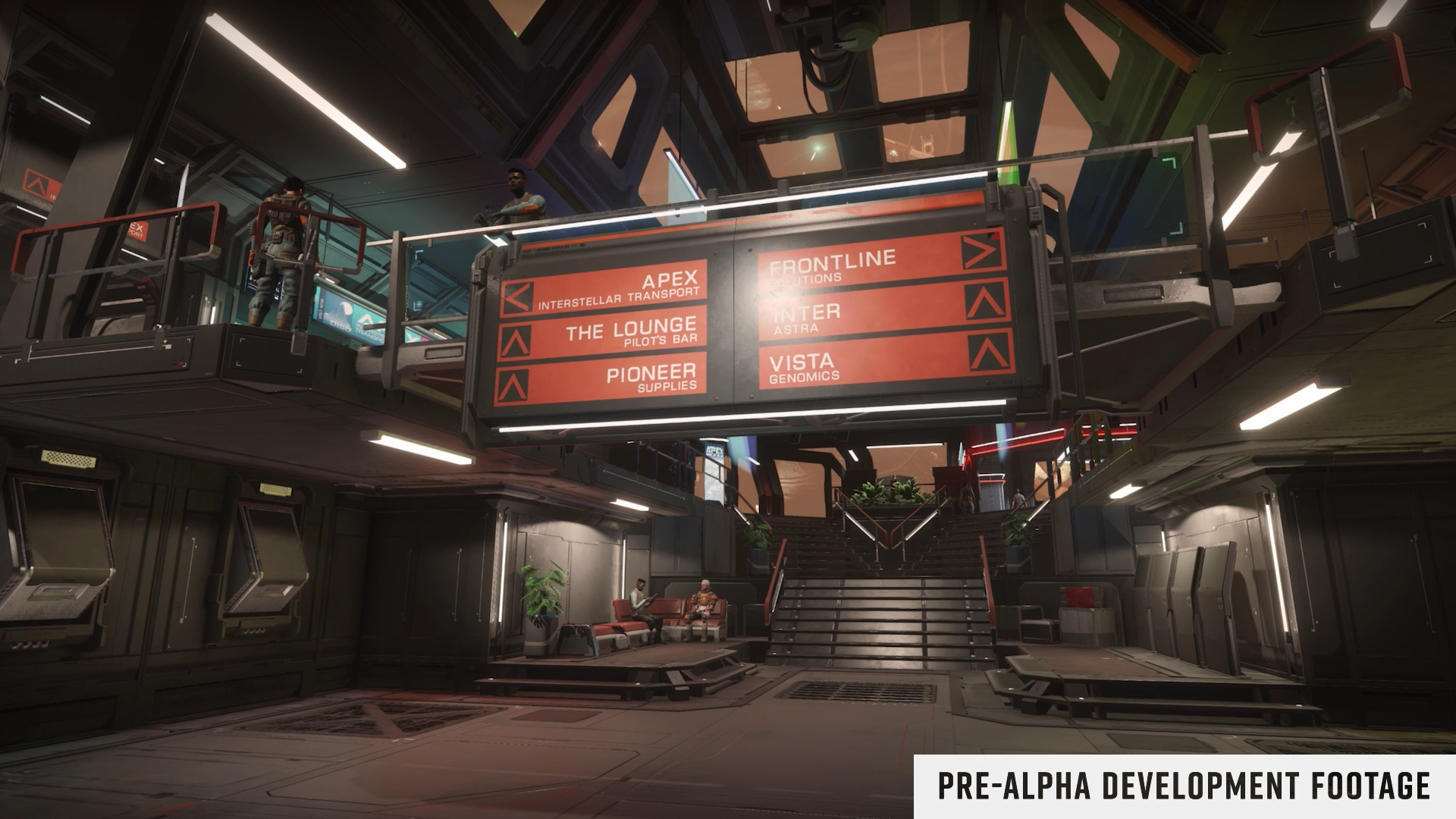 Supplementary information was shared by YouTuber ObsidianAnt, who compiled a number of details as well as answers straight from Elite’s devs themselves. In the video we learn that purchasing suits, weapons, and equipment will be done with some form of barter system instead of credits, trading valuable items for pieces of kit. The video also goes into detail about the scavenging activity, confirming that things to scavenge can be found either out in the world or via mission givers. Those mission givers, by the way, will want specific items, but additional items found while scavenging can be kept by players for selling or personal use.

Interior locations will come in three different flavors — starports, ground ports, and outposts — but will not be so large that it takes 10 to 30 minutes to traverse from point to point. When asked about the potential for large cities, the devs stated they have nothing to share at this time, which either means that cities are in the works and are not about to be revealed yet, or they just aren’t going to come.

Finally, as for the view, this will all be in first-person, though players will be visible while on foot. Whether players can be seen on foot from within a spaceship wasn’t made immediately clear, however.

Frontier Developments promises there will be a lot of info to share over the coming months. For the time being, we’ve embedded both the Discovery Scanner stream as well as ObsidianAnt’s video below, or you can read a synopsis of the devstream and the ObsidianAnt video script if you don’t have time to watch things. There’s also a gallery of images from last week’s video to ogle.

SEED talks about its latest playtest and how testing is utilized...