If you are a fan of sandboxes and virtual worlds – and you are reading Some Assembly Required, so you probably are – then you are likely looking for more to do in your games than just quaff quests, delve dungeons, and run raids. You seek alternate activities. How about a deep, years-long scavenger hunt and mysterious puzzle? Dual Universe pulled this off, with a multi-year puzzle players were supposed to still be working on for the forseeable future. But you can’t underestimate folks when there’s a good mystery to solve! It turns out that players discovered all the pieces and solved the riddles much quicker than devs had intended.

If you haven’t heard of this particular puzzle, you aren’t alone; I’d even forgotten about it since an early tease of the mystery I got during a dev walkthrough years ago. A large portion of players — especially new ones coming in at beta — were in the dark too. That was not, however, by design, and Novaquark aims to change things with its future puzzle events. Yes, we said future events: This was not a one and done deal. The studio is already planning more. Using lessons learned during this inaugural event, Novaquark intends to make future iterations better as well as more accessible to a larger number of players.

I recently sat down with President and founder of Novaquark Jean-Christophe Baillie to discuss this particular puzzle and the plans for future ones in this two-part Some Assembly Required. 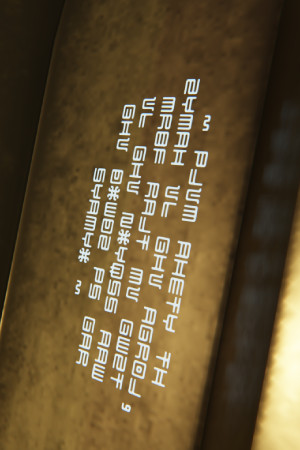 Picking up the pieces

Years back in an interview and game preview during alpha, Baillie had taken me to a massive in-game artifact. There he showed off the creativity of players who made a temple-like shrine around this dev-placed structure while mentioning that players would come to discover the message inscribed on the artifact in time. And discover they did. But that turned out to be only one clue of a much larger puzzle.

Baillie explained that he had placed each artifact himself, and the plan was to start tossing out cryptic clues across media to help tempt players into searching for and discovering more artifacts. Players, realizing it was a treasure hunt with multiple structures settled (sometimes even buried) around the universe, weren’t inclined to wait for clues. They went out searching! As they were discovered through gameplay exploration and excavation, it was a slow process finding them — until the radar for PvP was patched in for beta, that is. Baillie described how devs forgot to remove the artifacts from the radar, so as soon as it was implemented, players found they could pinpoint them precisely via radar. Quickly, the hunters built and programmed drones to go systematically scour planet surfaces in order to find all the artifacts. This ingenuity from the tester playerbase was “something we didn’t anticipate at all,” Baillie laughed.

Other than noting a cool structure or getting to say “look what I found,” what was the point of seeking out all of the artifacts? You had to figure it out. Each artifact had an encrypted message for players to solve. While individually the messages didn’t amount to much, you could tell they were each a piece of a puzzle. And to solve the whole puzzle, you’d need all (or at least most) of the pieces. Players had to employ puzzle-solving skills to decipher the various clues. Baillie noted how the puzzles weren’t a quick solve, either; many different types were used, including a cipher from World War I.

This puzzle brought out various types of gameplay for players. Baillie described how besides explorers hunting down artifacts, there were crafters building drones, programmers creating scripts for drones to search, puzzle-solvers spending hours on end trying to decipher the clues, and finally — when all the clues pointed to a particular planet, Lacobus — the PvPers protecting the find with a blockade around the planet to prevent others from landing there and possibly beating them to the treasure.

Who were the lucky ones to finally solve the puzzle? Ministry is organization that beat everyone to the puzzle, and Kurock, WhiteMeat, and Knoober were three main players. Kurock is the sole super Legate (the highest rank in an organization with voting ability on org-wide actions) of the Dual Universe Wayfarers organization, which has 400+ members. Once the final destination planet was reached, and with the organization Infinity Corp was on their tail, a blockade was initiated. The Hyperion, New Genesis, DSI, and Ministry organizations each brought pilots to help in the endeavor, with DSI bringing the most (26 pilots in 12 ships), then Ministry (14 pilots and four ships), New Genesis (10 pilots in four ships), and Hyperion (seven pilots in four ships).

Want to hear how the story progressed in the words of Kurock, WhiteMeat, and Knoober themselves? Listen to their story here in an interview with Baillie:

The big moment came when the last piece of the puzzle was solved (turns out it was coordinates), and the location of the treasure was pinpointed. Buried 5km underground was a brand-new ore vein called thoramine. What is the secret mineral for? No one knows even now, and Baillie wouldn’t give any hints as to its use; he’d say only that it will be important at some point. Upon uncovering their treasure, the victors set about mining it to save until its use is known.

So will the organization keep all or just some of the ore it found? Will it sell as speculation about its use builds? Could be. Baillie even suggested to me that spying and warfare could ramp up over this. This was by design. He explained that the goal was to make it so once players found the solution, the story was not over. It was just the beginning. As he put it,

While this new precious resource was the reward for solving the puzzle, the clues are still out there for others to solve, and they could ultimately make it to this very place sometime in the future. Baillie did tell me that he hoped that those who discovered it might leave a little something behind as a reward for those who solve the puzzle in the future, like some sort of online geocache. He said, “I will suggest to the winners to seed it again so it’s fun for others to try and find it and get some kind of reward.” However, he also noted that the tile is already claimed; permissions would have to reflect being able to loot something.

Speaking of the future, Baillie said this first experiment gave the team more insight on ways to improve on large-scale puzzle endeavors for the future. We’ll explore those thoughts in the second half, so stay tuned for the next Some Assembly Required!

MMO designers construct thrilling worlds, but MMO players also build some amazing content within them! Some Assembly Required highlights player-generated content, from events to housing to quest-creation systems. There’s creativity galore out there, and MJ Guthrie will travel the MMOverse to find and share it.
Advertisement