Halloween events are piling up faster than we can write them up – here are a few you should keep your eye on!

Elder Scrolls Online: The Witches Festival returns next week, starting October 22nd. “Throughout this terror-filled term, you can receive repulsive rewards in the form of spoopy Plunder Skull containers, a 100% XP boost, Event Tickets, and collectibles.”

Star Citizen: Star Citizen’s Halloween festivities are absolutely some of the most horrifying I’ve ever seen. Those masks run a few bucks a piece, but the nightmares are free!

Project Gorgon: Halloween is back in the early access sandbox that stole our hearts. “This year, we’ve dramatically expanded our Halloween event,” Elder Game says. “It has twice as many branching quests as before, and a lot of fun stuff to find. We’re doing final testing now, it will go live in a day or two.”

Warframe: Tenno can already been celebrating the Nights of Naberus!

Champions Online: Blood Moon is back as of yesterday: “You can get new titles, and the Trick or Treat Inventory Bag. Trick or Treaters will be out around Millenium City, and those of you into battling your fellow heroes can engage in the Hunters vs Lycans PVP event!”

Star Wars Galaxies Legends: If you see people running around with pumpkin crowns and Stinky the Hutt strapped to their back, it’s only because the Galactic Moon Festival has returned once again. 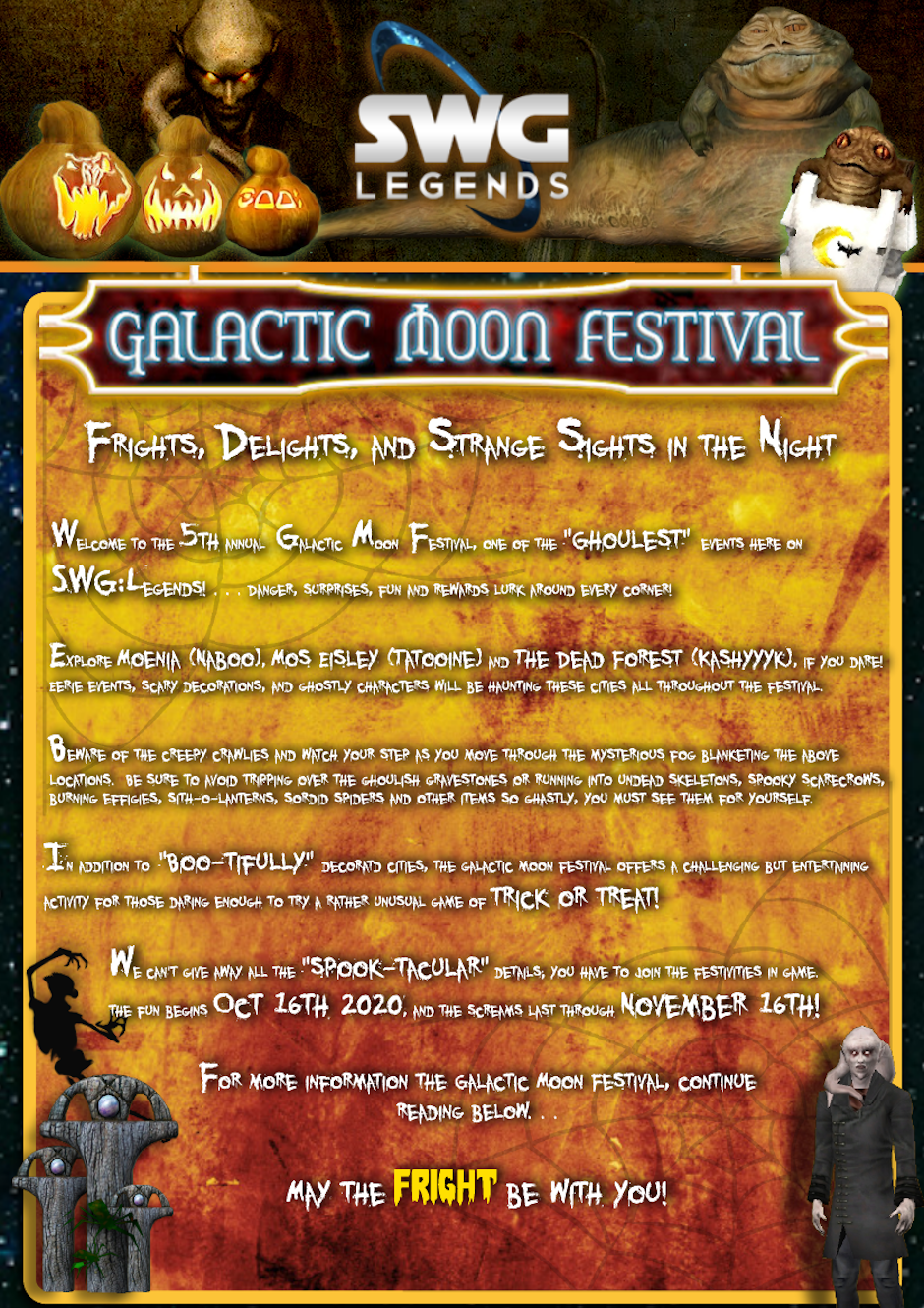 Wurm Online: While it’s separate from the game’s own Halloween festivities, there’s a sweet player haunted house to check out. Player Vooch told us he spent three years (!) working on the house and its associated village; there’s an event and giveaway too! Zek_nine has a peek in the video below:

Ping us if you spy more Halloween goodies we haven’t covered yet – we’re working on a full roundup for next week!