My goodness how things have changed.

I have had a brief peek at No Man’s Sky once before, but only the barest peeks, so being able to fully dive in has definitely been an experience. Particularly when one considers how much the game has added over the course of its now four year-long history. But I’m not going to spend a lot of time waxing poetic about how far this game has come. Not when I had so many tasks to complete.

One of the things I immediately recall when I had first booted up this game back then was how meager the opening gameplay beats were and how underwhelming the tutorial was. This time around, though, things were significantly more robust, guiding me through all of the tools needed to explore the world. Most of these were familiar, but some were very new, like the portable refiner and what it offered, the step-by-step instructions on how to build a base, the use of the scanner to find hidden things where before you simply used it to scan plants and rocks and get money for doing it. 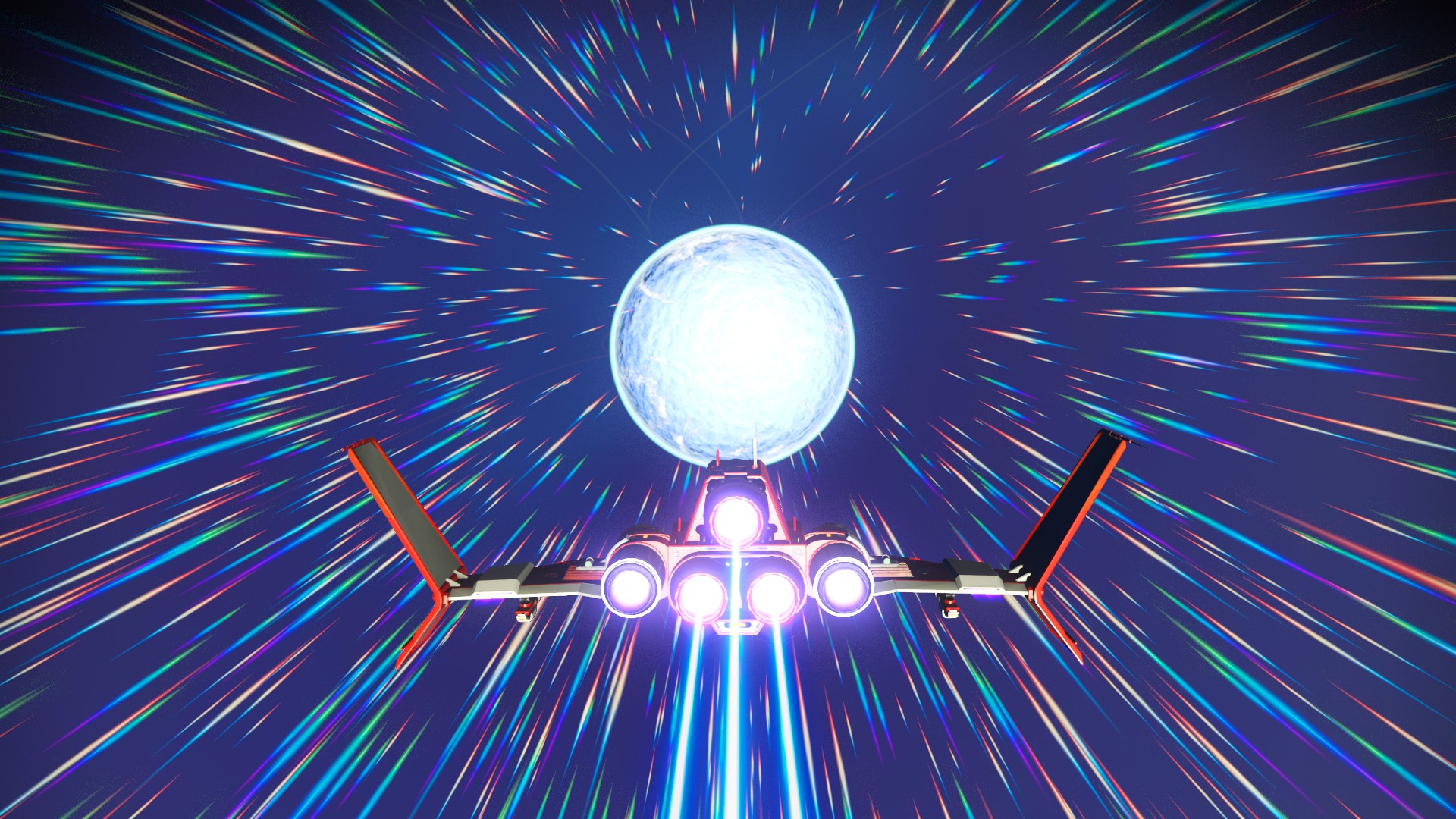 Soon enough, I was starting to slowly piece together the materials I needed to upgrade some of my kit. I was starting to figure out what materials I would need in order to refuel the various life systems and ship systems that would make me press on. It was all significantly more rewarding.

This was all probably helped by the fact that the votes had me play in normal mode over sandbox. Don’t get me wrong, I like how sandbox mode eliminates the variety of contrivances that would otherwise make survival titles like No Man’s Sky a chore, but at the same time, the survival tasks demanded feel far less stringent here, which meant that all of my little personal victories felt a bit more rewarding. It was less an endless list of chores and more like just part of regular life in this game’s universe.

Of course, I know that I’m only just scratching the surface here. None of this has so far guided me to some of the other marquee features that have been added like freighters, living ships, derelict exploration, and expanded base building. And it’s very likely I’ll not get to those things over the course of this month. But what’s been added from a fresh starter’s perspective is pretty engaging stuff without being too obnoxious, and is an absolute quantum leap from the way things were before. 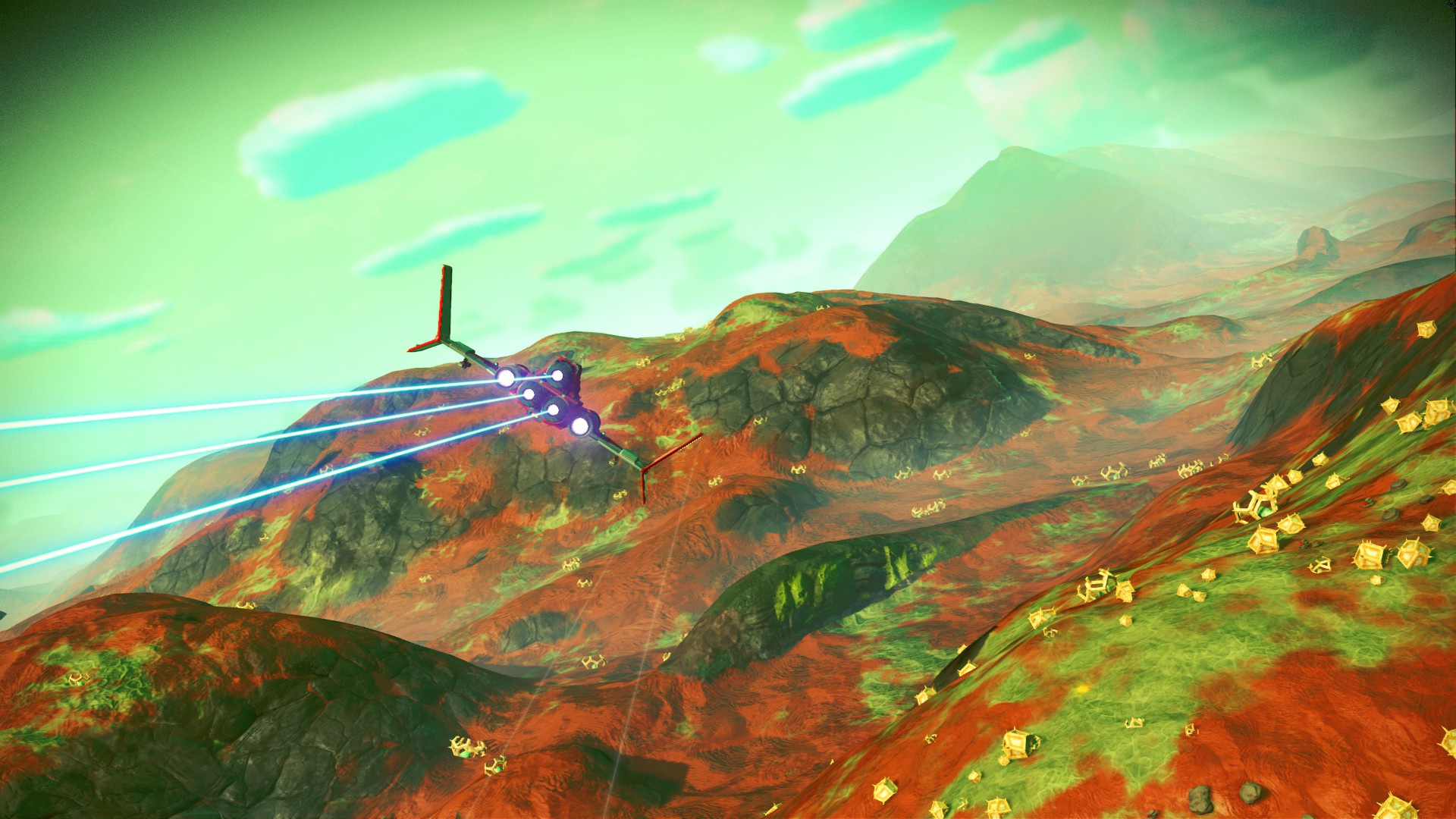 With all of that said, as the article’s title would suggest, this return to form for me and the game didn’t come without its hiccups. At one point, when walking through the portal back to my base, I was flung into an entirely different location that had a significant number of other players’ bases. It was nice to see at first, but it also made pulse drive navigation to the places I needed to go a bit arduous, since my aim reticle would very often drift to one of several dozen base markers instead of the objective marker I wanted to go.

Then, at one point, I was told to utilize the galaxy map to warp to another star system and was first met with a black screen, and then clouds of yellow, and then, eventually, after zooming way out, found myself to the galaxy map as was originally intended. From what little research I’d done, it appears to be some sort of glitch that only really happens when your game is in multiplayer mode. Which I hope isn’t entirely true, because I would very much like to play this one with others at some point. 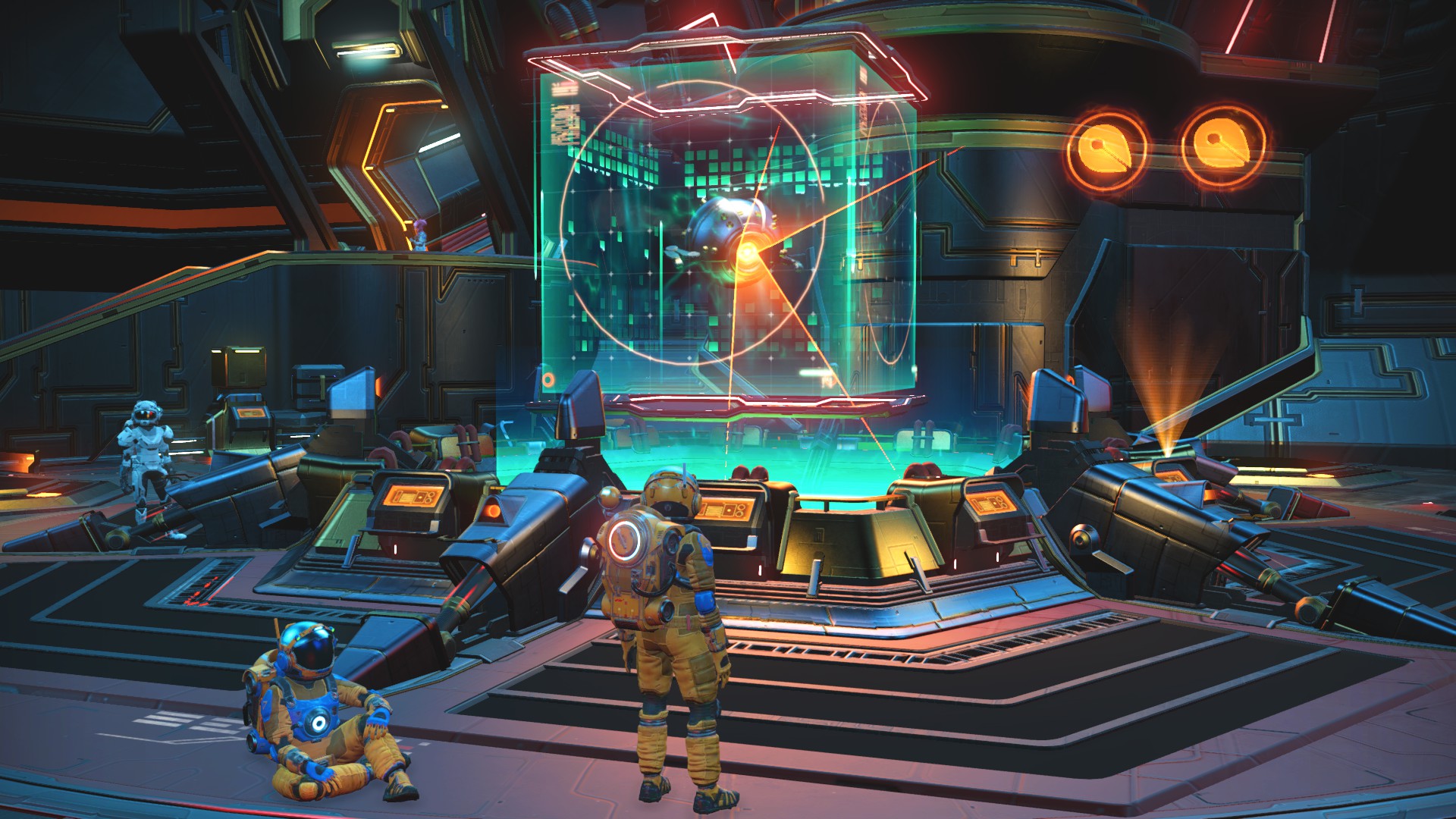 On the subject of what to do next, I’ve gotten to a point where the handholding has (mostly) stopped and I have a branching few paths ahead of me. So that brings us right in to this week’s poll question on what to do next. Once again, most of these choices really are leaning towards a starter’s first steps, so these options aren’t likely the spiciest ones that are possible in No Man’s Sky, but they are the ones available to me now. And who knows? Perhaps the poll choice that’s selected for me will lead me towards those newer features.

I’ve left my character parked at the Nexus, which seems as good of a central hub as one could ask for to jump off into one of several directions. And so, I leave my Traveller’s fate in your hands.

What should be the first overarching goal in No Man's Sky? 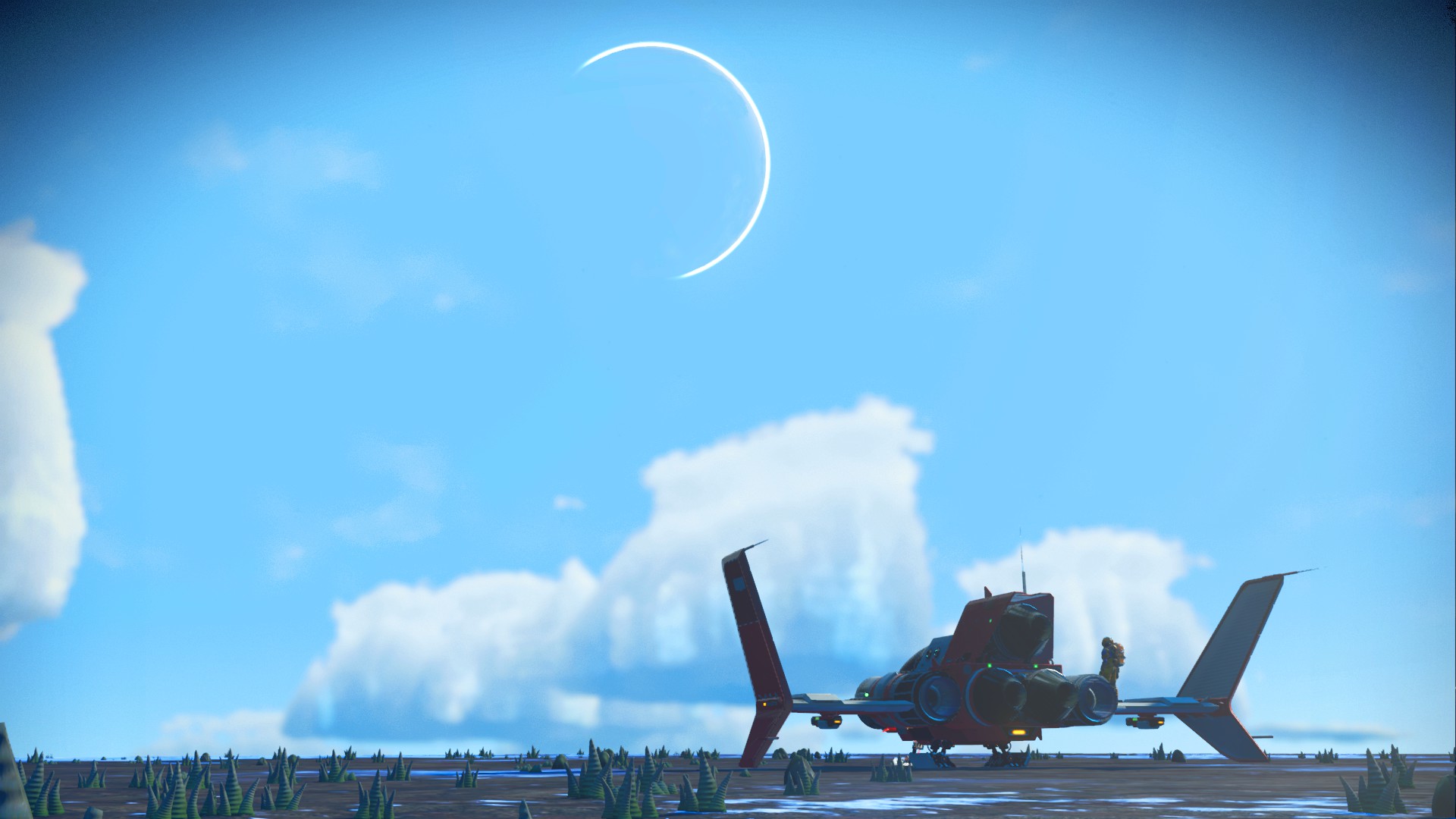 Polling will wrap up at the usual time of 1:00 p.m. EST on Friday, November 6th. Until then, I’m eager to see where this journey will lead to and what sorts of discoveries I’ll make along the way. One thing will be certain, however: There will continue to be copious overuse of the game’s photo mode.