So! That was a week.

Since we are all super mature adults here, we’re going to spend the traditional Saturday morning What Are You Playing talking about video games, blowing off steam, and indulging Carlo’s bonus question: If you had a pair of googly eyes, what would you put them on and why?

​Andrew Ross (@dengarsw): Pokemon GO will get some attention just for exercise, Animal Crossing probably just for maintenance (I’m too lazy to clean up from Halloween right now), and hopefully some good Pokemon Sword for Crown Tundra. Been too busy with other things to complete the story.

So, are these googly eyes in glasses form? If so, yes, totally, at some point. Are these googly eyes you can stick to other things? No way then, you gotta use those responsibly. I may be an adult, but lower security from COVID and those abandoned movie posters theaters just left up are far too tempting. I feel it’d be my duty to googly-eye one of them!

Brianna Royce (@nbrianna, blog): Being realistic, I won’t be playing anything this weekend: I’ll be building and packing for the move. I don’t really expect to be back to normal for a couple of months, but that’s OK – MMOs wait.

I’ll make up for it by putting googly eyes on the orc statue outside of Blizzard HQ. To wit:

Carlo Lacsina (@UltraMudkipEX), YouTube): I’ve been on this major boomer shooter kick in the last few weeks. What’s a boomer shooter you ask? It’s gen Z’s hip name for the genre old-school style FPS games like Ion Fury. I spent all day downloading Doom Eternal yesterday too, so I’ll most certainly be knee-deep in that! As for MMOs, I woke up this morning and told myself that I’m going to play some Guild Wars 2 today. It’s been a long while since I fired her up and I should probably get things organized with the upcoming releases. I’ve been skipping the game recently because I’m waiting for the voice acting.

As for the bonus question: My wife has been using the humidifier the last couple of days. She calls it her life saver. I’d love to put a pair of googly eyes on it to show that it is not only keeping some much-needed moisture in the air, but also our friend.

Chris Neal (@wolfyseyes, blog): I continue to be super hungry for space games, so on top of the No Man’s Sky stuff I’m doing, I’ll likely be testing my new joystick out in Elite Dangerous or possibly look into more creative titles like Space Engineers or Interstellar Rift. Also, there will be some Genshin Impact as a dose of saccharine and color against the cold void of digital space.

Bonus question: Would I use googly eyes? I already have. See that header image up there? That’s my spaghetti container. His name is Carl Carbload and he is 100% friend-shaped. 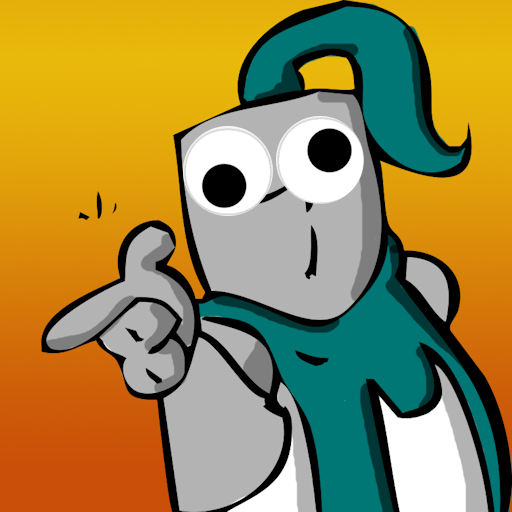 MJ Guthrie (@MJ_Guthrie, blog): I think I will mostly be playing the renovations sim I am deep into right now — the one that ends with me having a working bathroom soon! Then hoping for flooring, but let’s not get ahead of ourselves. For gaming, I really want to try and get more of the Mogloween items in AdventureQuest 3D, both to finish the quest and get the pet and to get all the Halloween cosmetic items! Other than that, it will be whatever I can manage to log into with all my oodles of free time. Meaning, I likely won’t play much. Perhaps I’ll add some building in Conan Exiles thought since that is so much easier than what I am doing now and yields quicker results!

As for googly eyes, um… I will place them everywhere. Everywhere! I do not have access to them for the safety and sanity of all in my household. Perhaps I will grab some soon and then I just have to decide what gets eyes first? Maybe my Mo statue…

Sam Kash (@thesamkash): I’ll be playing Spellbreak on and off over the weekend. I’m kind of searching for something else, but nothing has been sticking. I was thinking about going back into Albion Online since it has been a while since I’ve done that.

Googly eyes work great on just about anything. We have a neighbor with a big cow statue. If I had large enough googly eyes that it could be seen from the road, I think that’s be great.

Tyler Edwards (blog): I’ll be continuing my Curse of Strahd campaign and possibly continuing to poke around Secret NDA Thing. Beyond that, maybe some StarCraft II or WoW?

Every Saturday, join the Massively OP community and staff for What Are You Playing, our roundup of what MMORPGs and other games we’re hoping to play this weekend (with a bonus question or two for our amusement). Tell us what you’re up to! Go off-topic! And don’t forget to have fun!
Advertisement