I think I appreciate why last week’s voting had me follow the Artemis path, as this past week felt a bit like more tutorial steps, some new, most familiar, and all helpful if a bit droll.

This isn’t exactly to say that I was growing bored during this week’s excursion to wherever I am in the universe of No Man’s Sky, but perhaps it’s more like I’m growing confidence in how to play the game effectively and am ready to chase my own goals. But more on that later; first, a report on how things played out. 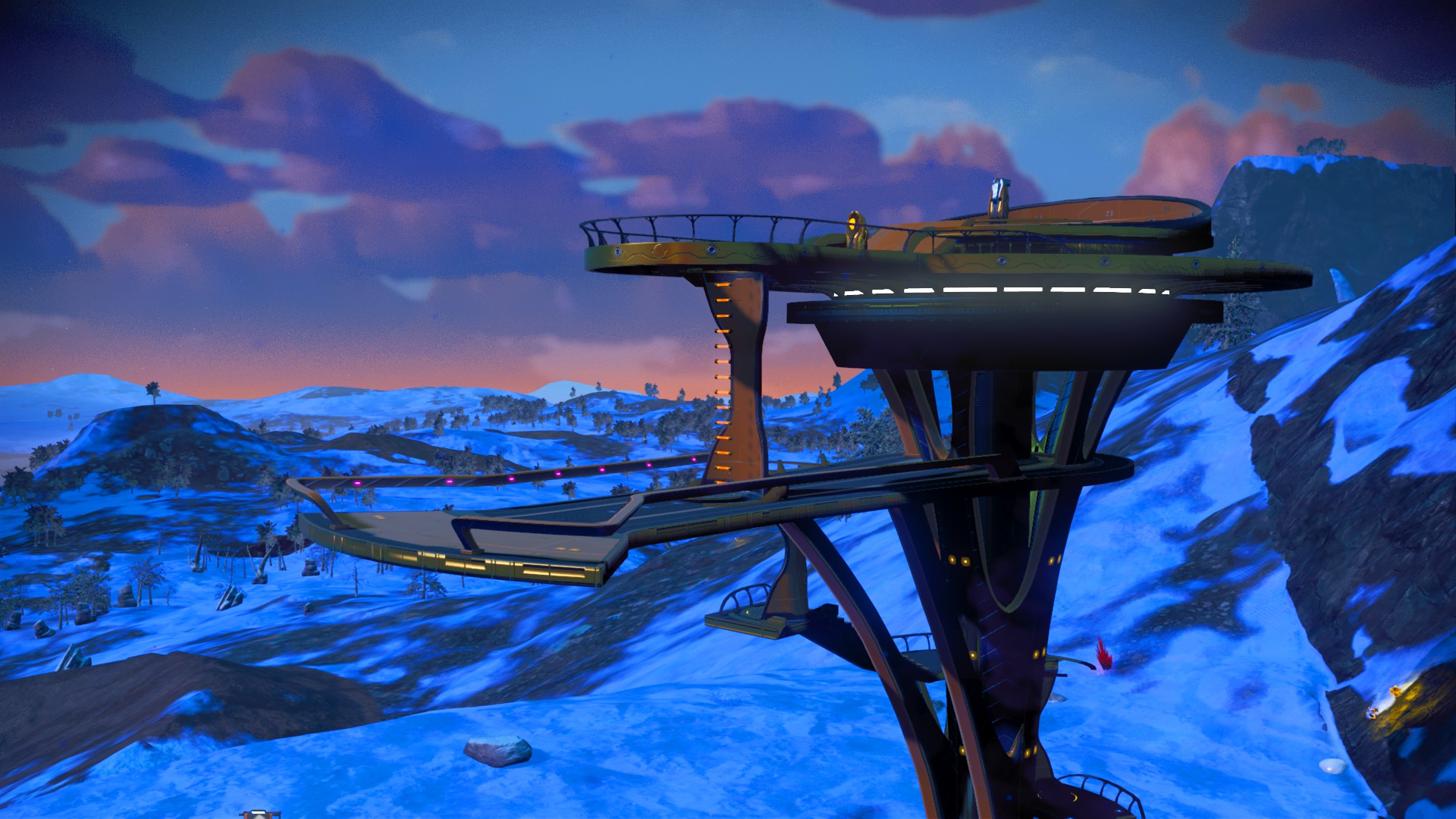 As I mentioned, much of this felt familiar, as the opening beats of this series of steps were right back around to the “Do you know who you really are?” question that was posed when the game first launched. I didn’t find the vagueness interesting then and I don’t now, but like I said, these felt like more tutorial steps that were important to take.

The steps to move forward aimed me towards finding important locations, learning alien languages (the Gek are my primary focus right now owing to my location), and perhaps more crucially, finding missions and taking them on. This wasn’t something I had really ever done beforehand, and since I had gotten a new weapon that required purchased commodities for tech upgrades, the timing was rather fortuitous since I was looking for credits. So I took on a combat mission.

This wasn’t really a mistake per se so much as just… underwhelming. I’m not exactly asking for face-melting FPS action here, but the combat mission I had to take on with fighting Sentinels really didn’t spark my interest, especially since I was able to easily cheese the flying Sentinels in a hole in the ground, easily circle the robo-dog Sentinel, and just rebuild a wall between me and the chasing Sentinels to hide until the countdown timer went away.

Granted, I only got to threat level three, but I also was able to do this with simply an advanced mining laser. 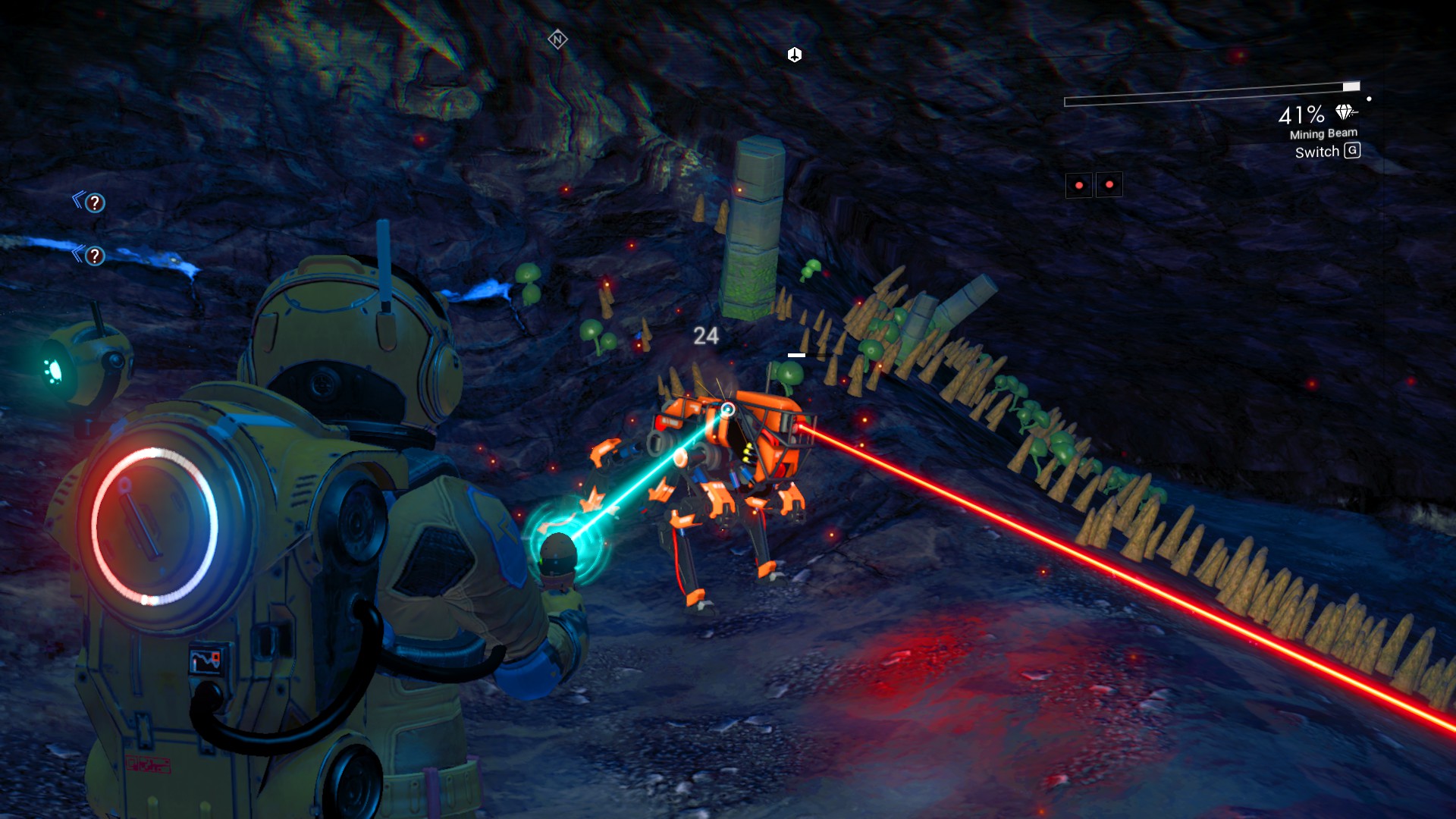 Even with these minor complaints, I’m very glad that I’m following the path I am. It’s bringing context to discoveries and mechanics that were otherwise unknown to me from previous playthroughs or were made irrelevant in sandbox mode. It’s once again letting me incrementally grow familiar and stronger, and while it’s throwing out task lists at me, it’s also not exactly entering hoop-leaping territory – these are all just the usual steps one takes as they travel around.

And once more, the simple act of traveling around in No Man’s Sky continues to be fun. Granted, I’ve been in the same star system for the past few days, but I also really enjoy how readily I can move from planet to planet here, pin down what I need, and make things happen. It’s a survival sandbox that continues to, so far, emphasize the sandbox portion of the sub-genre, which I greatly prefer.

Still, I’ve kind of been here before. I remember a lot of the dialogue and quest steps here, as they were part of the base game when No Man’s Sky first launched. It’s routine. But then again, I also figure that things becoming routine means I’m getting acclimated, which is a form of progress. 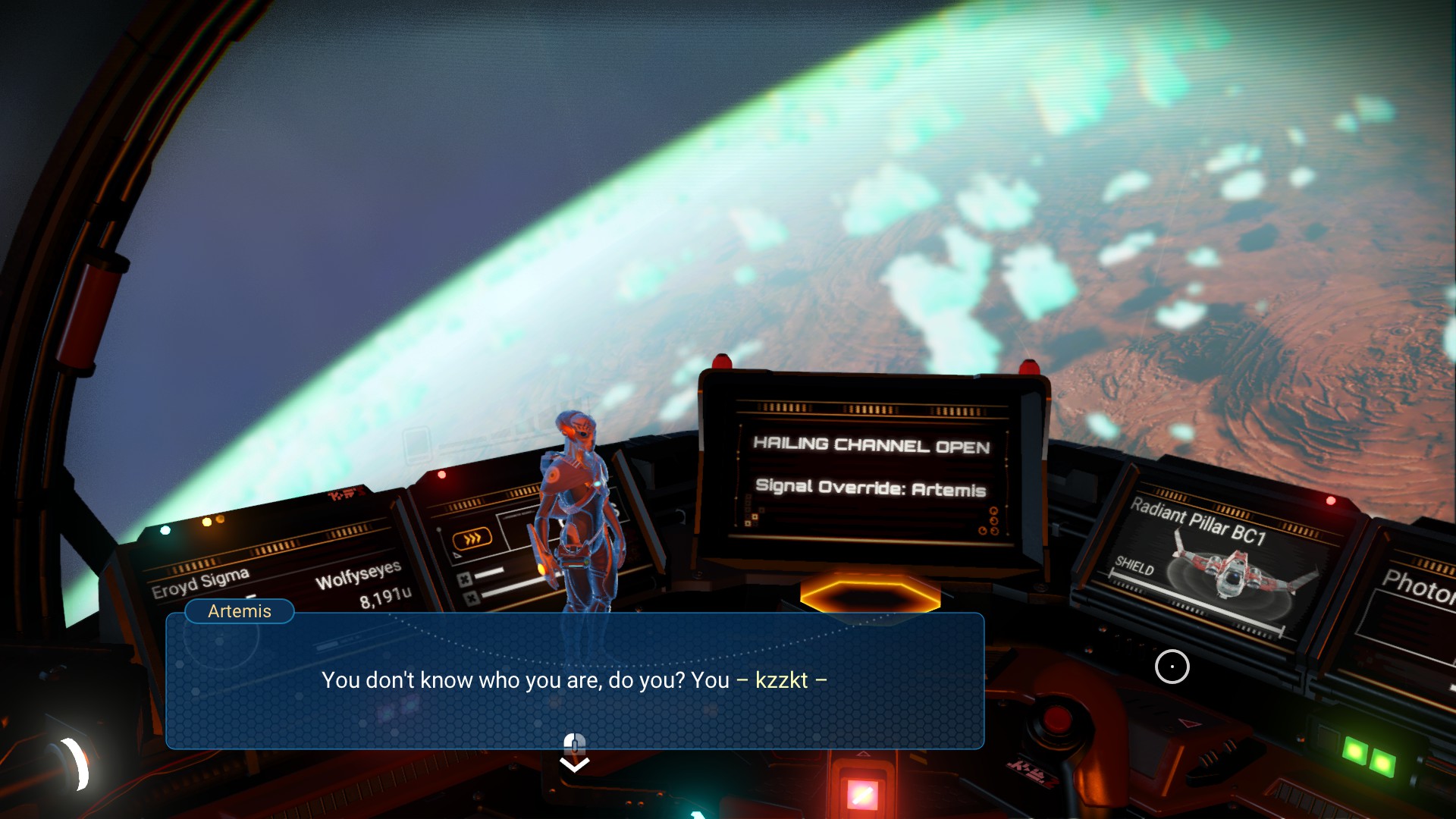 So to that point, I will continue to travel around, but I think I’m confident enough in my abilities and familiar with managing the variety of resources that I can strike out on my own. I’ll still be chasing the Artemis path in the meantime, but I also think I need a goal to follow in-between. Which means the polls will decide that focus.

What freestyle activity should I focus on?

I also find myself sitting on a whole bunch of Nanites to spend and so I’m curious as to opinions and ideas on where to burn that currency. Credits aren’t quite as precious, but I’m beginning to understand Nanites are a little rarer, so I’m open to suggestions on a general idea on where to spend them.

What should I spend my nanites on? 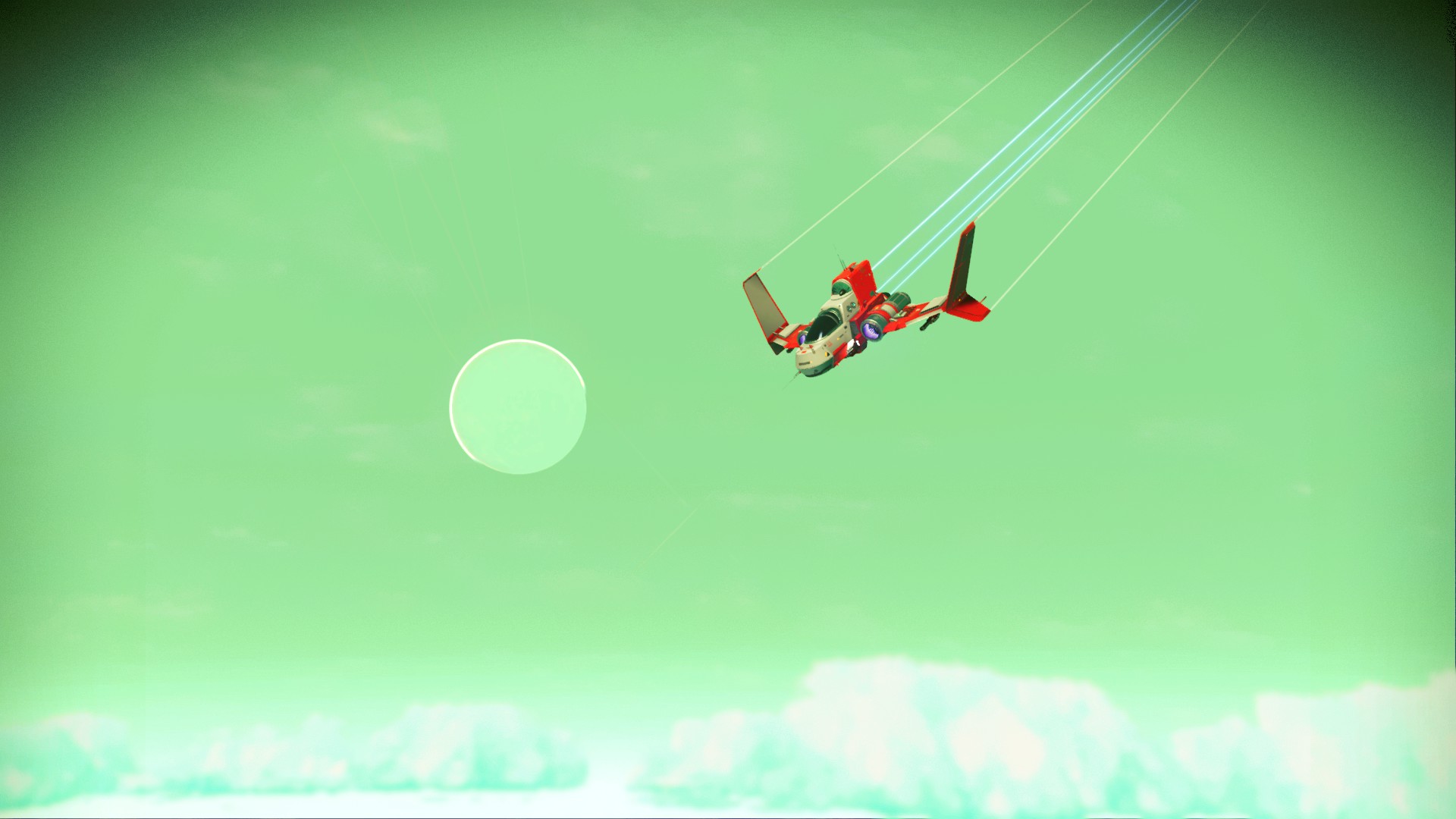 Like usual, polling is going to wrap up at 1:00 p.m. EST this coming Friday, November 13th. For now, though, I’ll see if I can’t increase my standing with the Gek and see if some further progress in finding out more about Artemis can’t be done. Call that an overarching, long-term goal that should hopefully hold hands with the short-term goal that this week’s poll will provide.

Also, here’s to hoping I find something new to do in that path. Because so far, it’s a bit same-y.