For a while now, IronSalamander’s been taking amazing pictures of the colorful and stylish Plants vs. Zombies: Battle for Neighborville, but I think today’s headliner was the first to really grab me. It’s like looking at a screenshot of an animated film.

“Here is the Zomboss version of the statue of Liberty, just after the first point, the park,” Iron said. I don’t quite trust any government system run by zombies, but then again, what government isn’t (rimshot)? 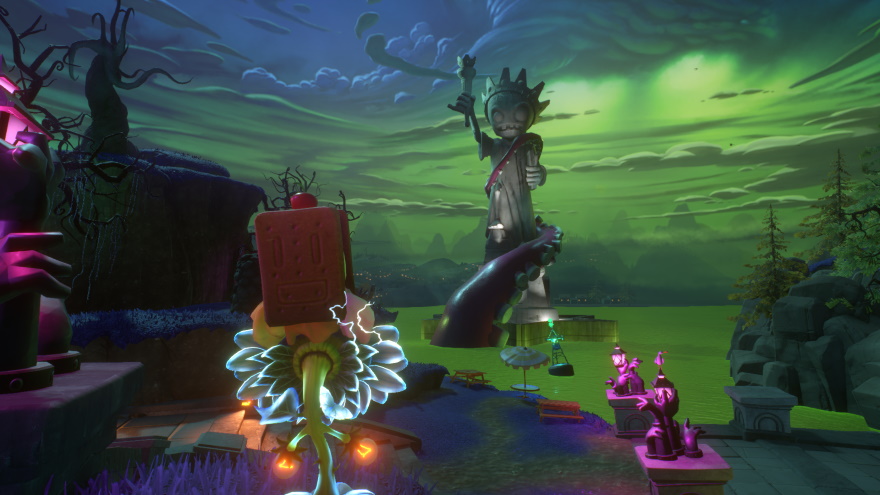 Elindable just came back to World of Warcraft and is pretty jazzed about it — especially the bit about encountering flying lizards.

“As a lapsed player, its really great to return and have years worth of content to enjoy, and Blizzard has done a great job of making that content worthwhile from a leveling standpoint. I’m not totally sure what this all means, but dragons and eerie light beam towers are a win in my book.” 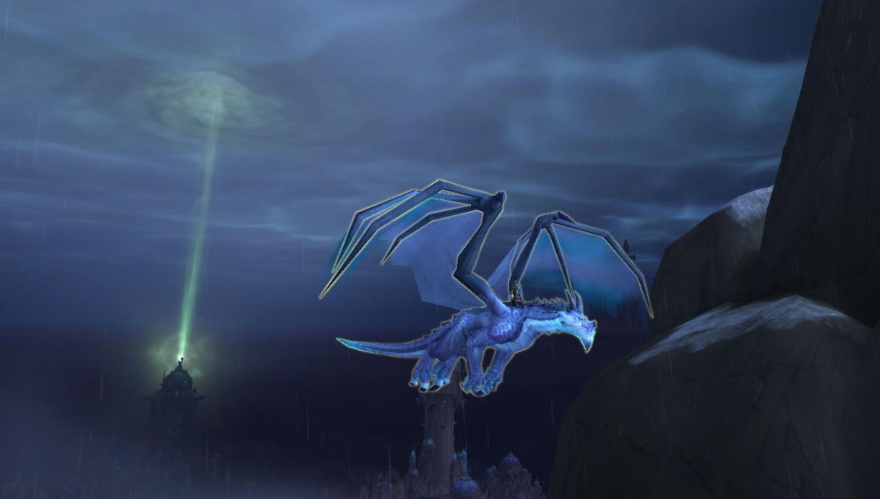 I don’t know if we’ve ever had a Skyforge pic before in this column, but at the very least, it’s been a good long while. So cheers to Lethia for taking us to this untapped realm.

“Here is my character showing off her big big sword, on a break from squishing the Demon Invasion enemies. There’s very little you can do in the game without a solid squad ready to carry you around for days, but even for the solo player there’s the five imnutes a day God Form for… mundane tasks. Yeah, sad but pretty.” 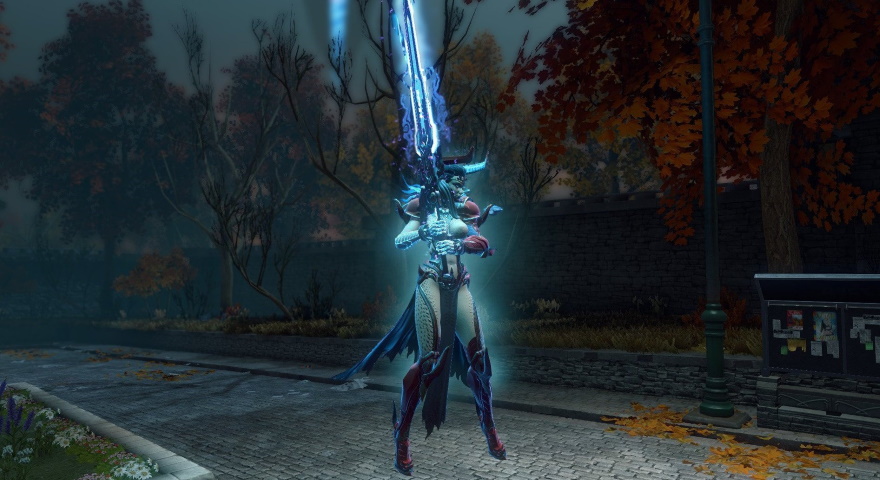 “I love it when the environment tells a story. In this cave there’s a skeleton with an axe in the skull but no armor — how did that happen?” asked Minimalistway. “Who looted the armor? And why they left behind the bag?”

Well, the bag is full of old expansion systems that Blizzard no longer supports. So, like, 80% artifact weapons and garrisons. 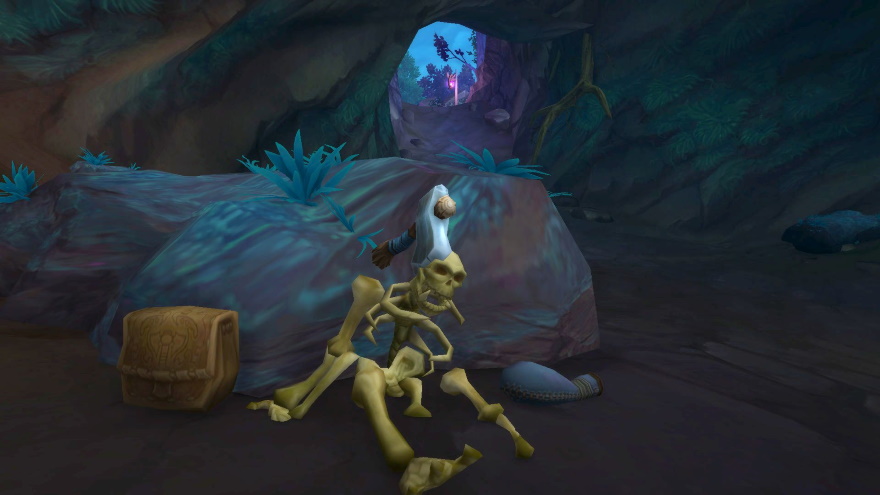 Natalyia showed us that Conan Exiles is no primitive matter: “Here is inside the Pyramid of Derketto on the Island of Siptah. The new building set lets you make some very impressive structures (this one is complete with a hidden treasure room and a secret passage.)”

And to the left is a Starbucks bar. Venti double-cream mocha latte, please. 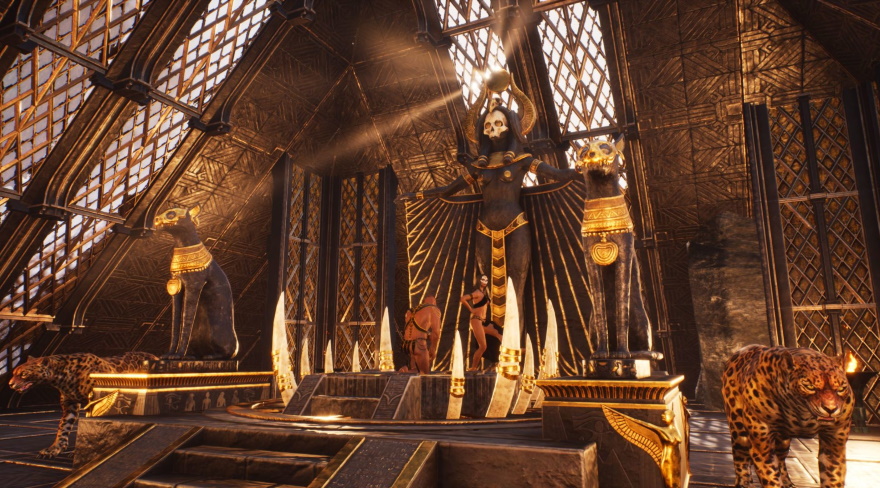 Spontaneous white drake enthusiast gathering while waiting on the next boss to spawn.

I’ve been lost in the world of AC Valhalla this week and having a blast. The open world is so vast. I’m 50+ hours in and I still have loads to see and do and I’m not even close to the end of the story. Nice distraction from…other stuff.

Been having a blast in the pre-patch. Nice of Blizz to let us get catch up gear. It’s been nice seeing the old bosses again.. Now levelling a hunter, this one is a noob character. As in I created it during Cata as opposed to vanilla.

Goodness…lots of Icecrown this week. o.O

Did Chromie time in WoD until I was 50 and got kicked out, this stuff is normal Nyalotha so I’m nearly doubling the I level of my stuff. Got a 115 sword from Nathanos, which was nice.

Lmao I went from an hierloom to a 115 Mace, largest upgrade I’ve ever had in 15 years.

To be clear, I was speaking in general. Not about you specifically…and more out of curiosity. Sorry for the confusion. :(

Got that finished in 2 nights doing dailies, killing every Scourge near a Rare spawn site for stones while waiting for the Rares to pop, once I got everything of use from the Vendor I filled the remaining holes from the AH with the highest ILvl rings/neck/trinkets/shield I could find, with my ilvl at 93 I figure screw it I’m done with the grind and went back to finishing Legion.

I’ll just do the dailies and a couple of the boss spawns every evening till I’m done. I know people have moaned that the armour is just a recolour of another set but as a pally I’m loving the class fantasy of white plate armour. Got some holiday coming up so will do the boss grind on my hunter.

Zombie never had a chance.

A few shots from the “fun”, “interesting”, and “compelling” snoozefest known as the Shadowlands pre-patch event. I can genuinely say that, while I like the game in general, I haven’t had much fun with the gear grind.

I saw someone who got 50 mounts achievement after killing Skadi, and i was like “i’m not jealous!” … farming that mount for years i didn’t drop.

Not had that or the 32 slot bag drop yet.

I’ve gotten everything except the mount. I think I’ll sell the Accursed Keepsake though.. I don’t like to see dead people.

Thanks for the feature! The pic is from Garden Warfare 2 instead of BfN, as are this week’s! It was easier to get rid of the UI than I first thought!

Back to GW2 as I feel they put more attention to detail in the 2nd outing as opposed to the 3rd!

All are from the ‘Seeds of Time’ gardens and graveyards map where the zombies are trying to take over this special amusement park from the plants!

First up, a safety message from the gnomes that run the park in the dinoland section!

Third is from the Zgypt section, pun time!

And the last one is from the Midevil (the game’s spelling) and final section, there’s more of these puns to share in future, but don’t want to use them all at once!

And in case your wondering why my zombie has a grill on his back and a bunny on his head, it’s the park ranger variant of the foot soldier!

“Well, the bag is full of old expansion systems that Blizzard no longer supports. So, like, 80% artifact weapons and garrisons.”

I guess all these Paladin Artifact skins I’ve been farming are delusions?