It would be super easy for me to make this week’s ride in No Man’s Sky a picture book. Not just because the game has a photo mode, but because this week had me focusing on exploration, which meant landing on as many planets as I could to find neat stuff to encounter, look at, and snap shots of.

One of my very first arrivals was to a paradise planet, which certainly sounded like a friendly place. I think I might have hit something of a jackpot here: a temperate climate, no obvious Sentinel activity, a gorgeous landscape, and bioluminescent mushroom plants. It was really hard not to plop down a base computer and claim a spot simply because I wasn’t sure I was going to run into another paradise planet again. 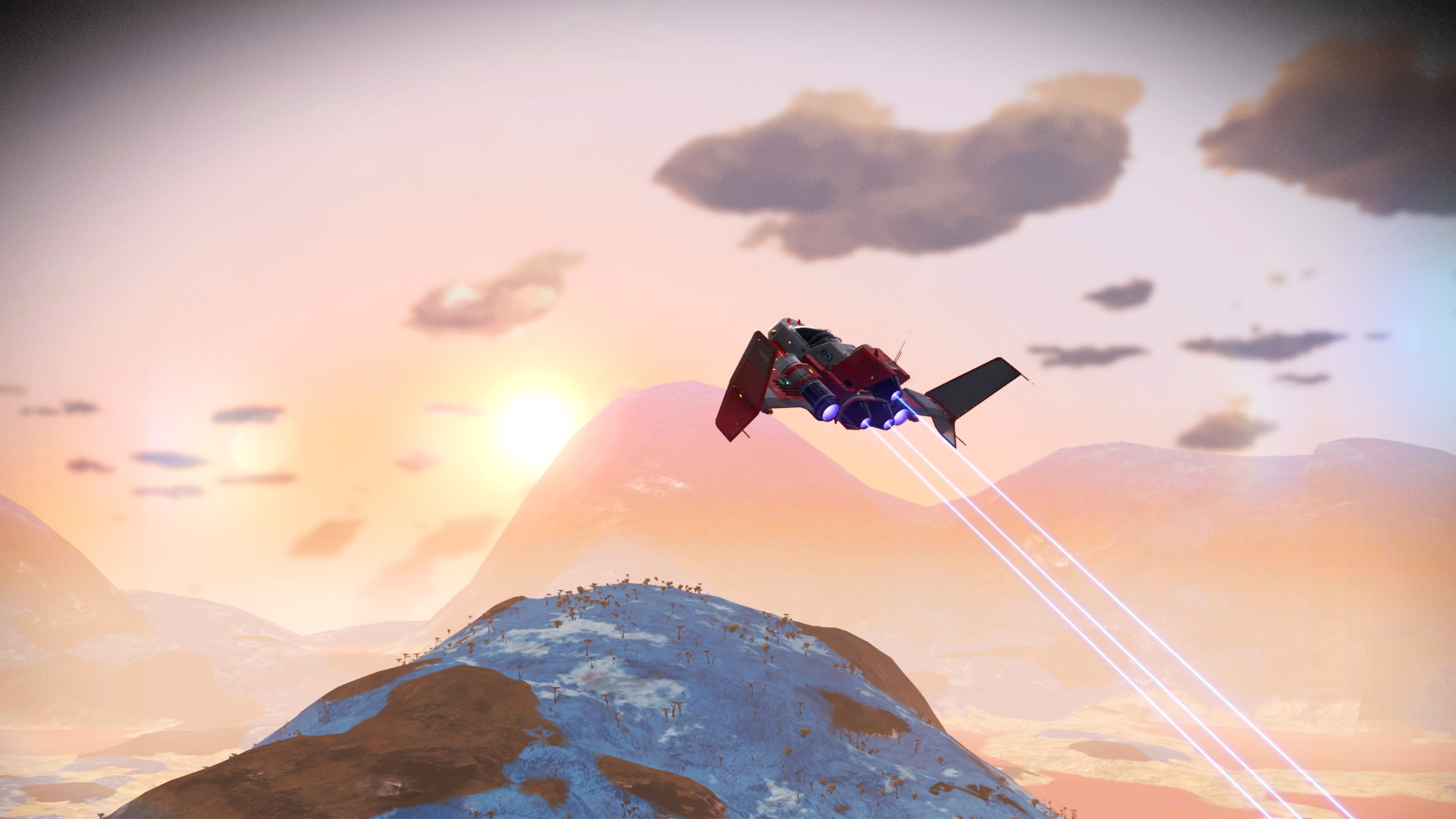 Turns out, at least in my corner of the wider galaxy, there were a couple more of this type of planet out there. None of them were what I’d call particularly paradise-like, though, as they were mostly absolutely filled with oceans and tiny islands, which is fine but not exactly something that I consider to be interesting enough to explore further. In fact, paradise planets ended up being some of the most boring places I visited, with no immediately obvious visual features or landmarks that stood out without placing a portable scanner to spawn a point of interest.

Even so, there was some beauty to be had in this desolation, even if that beauty was only something to appreciate in a fleeting moment. Planet scans that turned up adjectives like “dead,” “noxious,” or “frozen” were less like warning flags and more like invitations to experience them. A commenter from last week mentioned that No Man’s Sky is experiential, and that was absolutely the mindset I was trying to approach as I hopped from star to star and planet to planet. 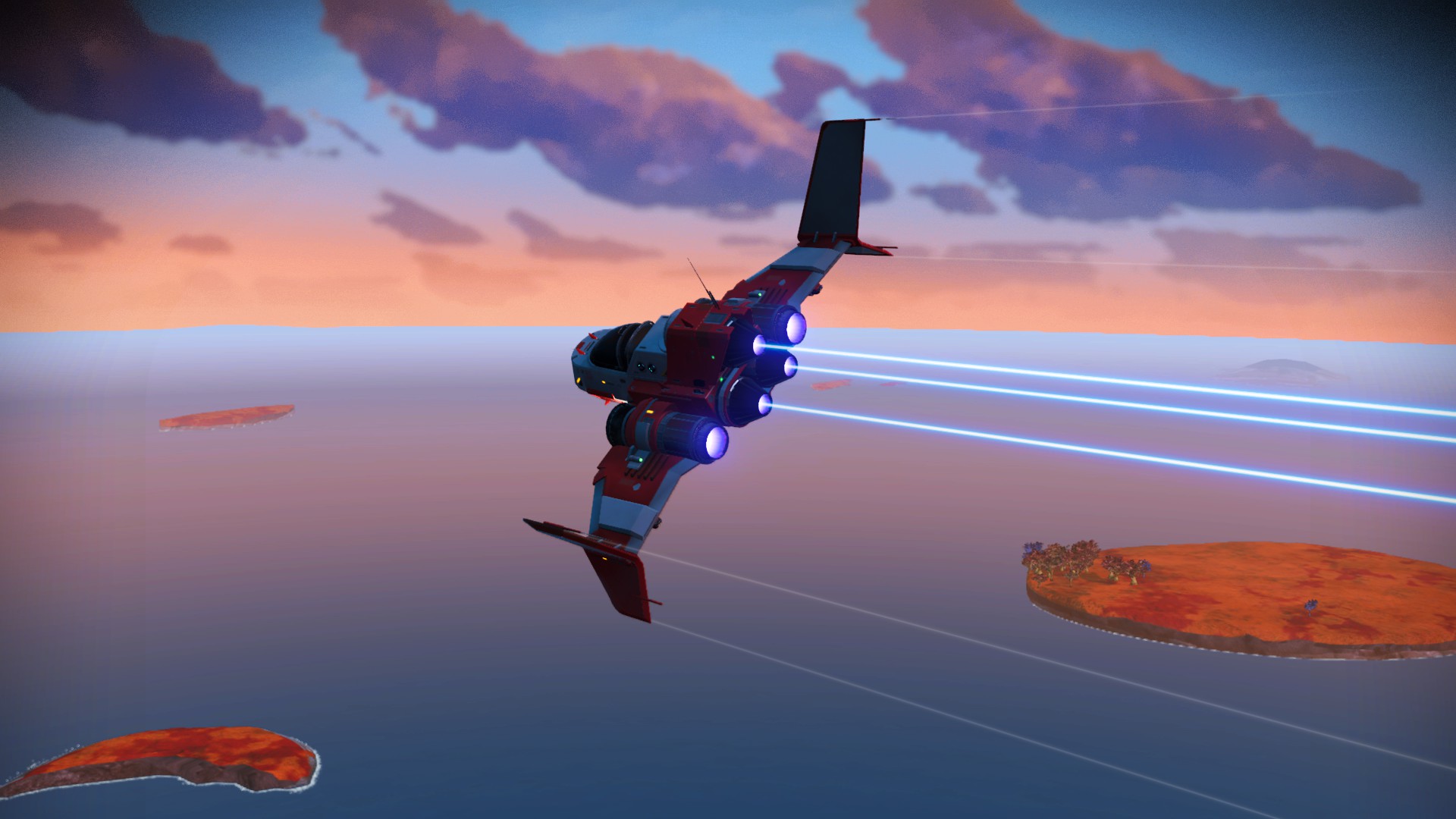 Of course, this traipsing around the void wasn’t without some things of interest to see. At one point I found a hilariously goofy-looking flying fish creature. A landing zone that I arrived at had a massive sand worm burst from the ground and leap overhead to burrow into another section nearby. At one point I found a derelict freighter, though perhaps not the kind of wreck that you’re meant to plumb with a recent update since I couldn’t land anywhere. I found combat, I found bounties, I saved a freigher fleet from attack, I found expensive resources to sell, and I found a lava planet that spawned creepy, hellish monsters whenever I tried to harvest an egg. And, a couple of times, I experienced defeat, though it never really stung enough to stop me from exploring more. Especially since I spawned near my grave and was thus able to retrieve my things almost immediately. 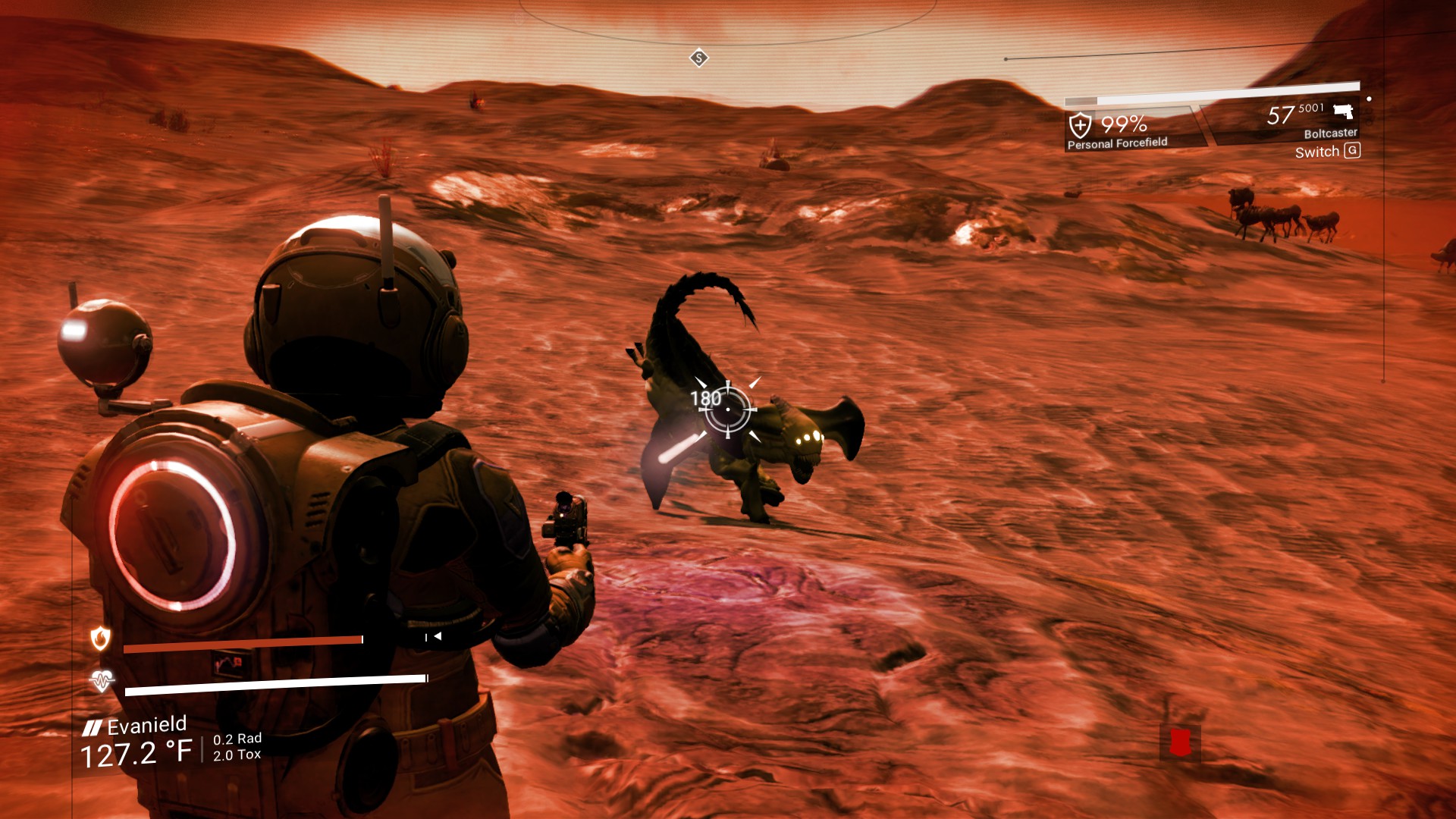 Obviously, this sort of thing speaks to a very specific playstyle. You have to kind of like looking for prog rock album cover locations and be okay with the rolling of however many dice there are involved with this game’s planetary generation tech. And while having overall goals and carrots to chase is good, the very soul of this game has always been about seeing the wonders of this weird and colorful universe in my opinion.

Also, of course, sharing that with others how you can; something that’s made easier with photo mode. 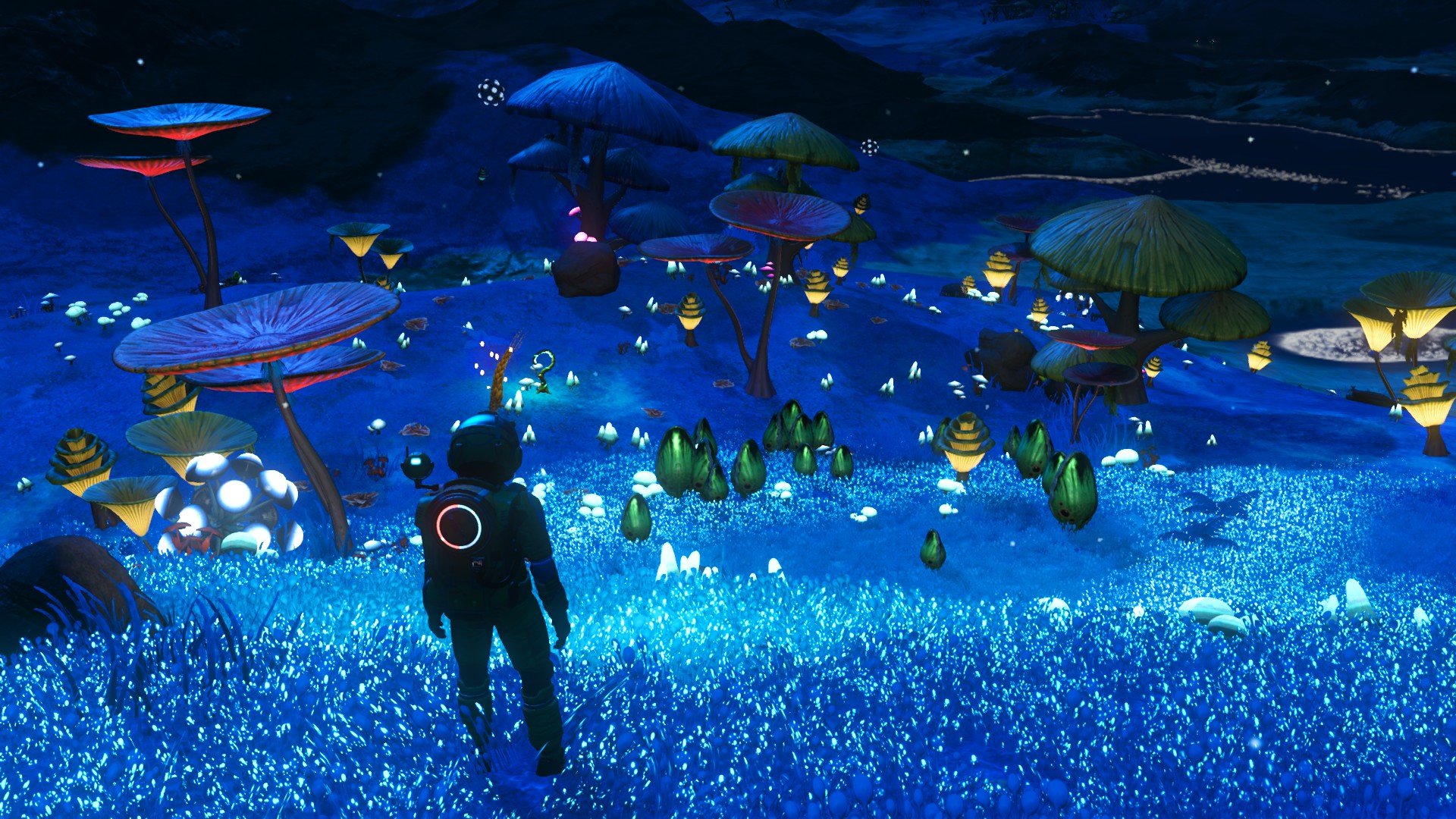 My roleplayer’s heart is very tempted to create a travelogue of my experiences to this point. I’m extremely tempted to now hop in to sandbox mode so I can absolutely dive in to this very central part of No Man’s Sky. But at the same time, the removal of those training wheels and the ability to keep fueling my exploration through my own efforts feels just that bit more rewarding once again. There are points where I had to stop what I was doing to plop down my portable refiner in order to make the fuel I needed to hyperjump, and that was just a tiny bit annoying, but as usual it never seemed to cut off that drive.

Perhaps I’ll play in sandbox mode again to see if this feeling really does persist. But it really is a game about experiencing wonders, or finding the wonder in the simple — an affirmation I received when I took in the colors of nighttime in a cold moon, the beautiful sunset as I headed out of atmosphere, or the massive rainbow that formed during a superheated rainstorm.

Is this reading as too poetic? Probably. No Man’s Sky’s visual flair tends to do that to me, I suppose. 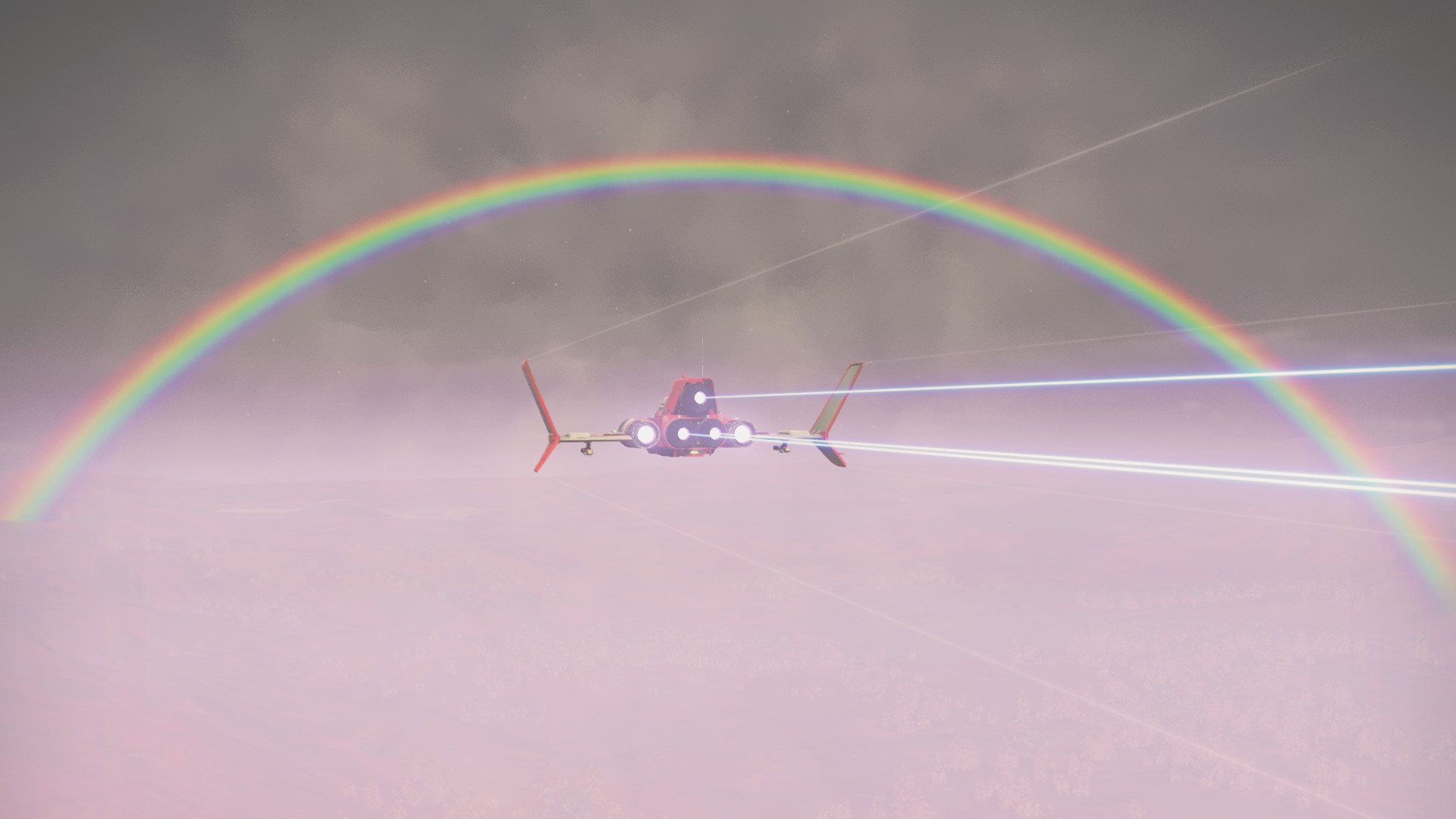 Of course, for the purposes of this column, I really can’t just simply be a shutterbug forever, so it’s time to move towards our final goal. And while I would love to prod at some of the newer aspects like getting a Living Ship or properly exploring a derelict freighter, both of those goals carry costs that I don’t have the time in this playthrough to earn, meaning this week’s poll circles back around to a couple of former choices that can be done with our format.

So with that in mind, it’s time to select our final goal.

Which activity should be our next focus in No Man's Sky? 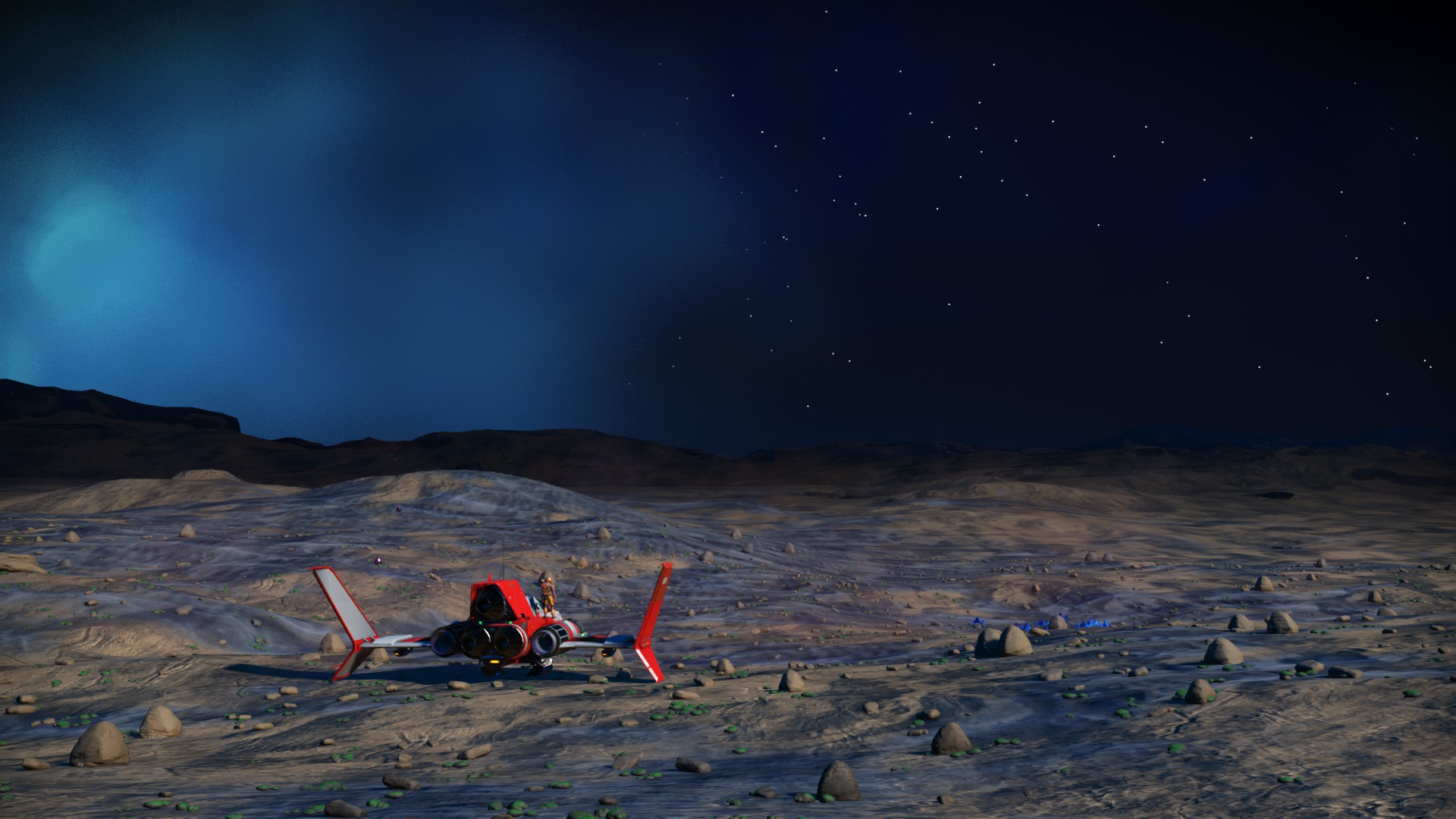 Polling will wrap up as per usual at 1:00 p.m. EST on Friday, November 20th. And if anyone is interested in seeing the snaps I’ve taken along the way, feel free to let me know; maybe I’ll pull together a gallery of images in the final post for this game.