We’re less than a week away from World of Warcraft’s Shadowlands launch, which means Blizzard is running out of days to preview stuff – but it’s certainly not running out of previews. The studio today dropped two pieces worth your attention.

First, there’s a new dev blog up on how professions will work in the expansion; as testers likely already know, the studio has reduced the prevalence of crafting backfires, added legendary runecarving mechanics, introduced optional reagents, and removed the old star ranks for gatherers while keeping the bonuses in place as characters level up. Consumables from older versions of the game are back too.

“Consumables from expansions past make a return in Shadowlands to give you an edge in combat. Leatherworkers can make Armor Kits which will increase the stamina of worn chest gear for two hours. Alchemists can make Weapon Oils that offer a range of benefitscan be applied for a range of benefits—such as dealing damage or healing yourself—during combat and last for 10 minutes, and some potions can interact with Weapon Oils for additional beneficial effects! Flasks and potions can interact with Weapon Oils for additional beneficial effects, so keep an open mind as you experiment with the combinations available! Additionally, there are only two Flasks, one that increases your Primary Stat regardless of class and spec, and one that increases your Stamina. Blacksmiths can once again create Sharpening Stones and Weightstones will increase your attack power for one hour.”

Second, Blizzard’s released its traditional “survival guide” for the expansion, so if you haven’t been paying much attention to what’s going on – or you’re returning after a time away – this one’s for you:

The expansion is set to launch at 6 p.m. EST on November 23rd, so late on the 23rd for the Americas and early on the 24th for everyone else. 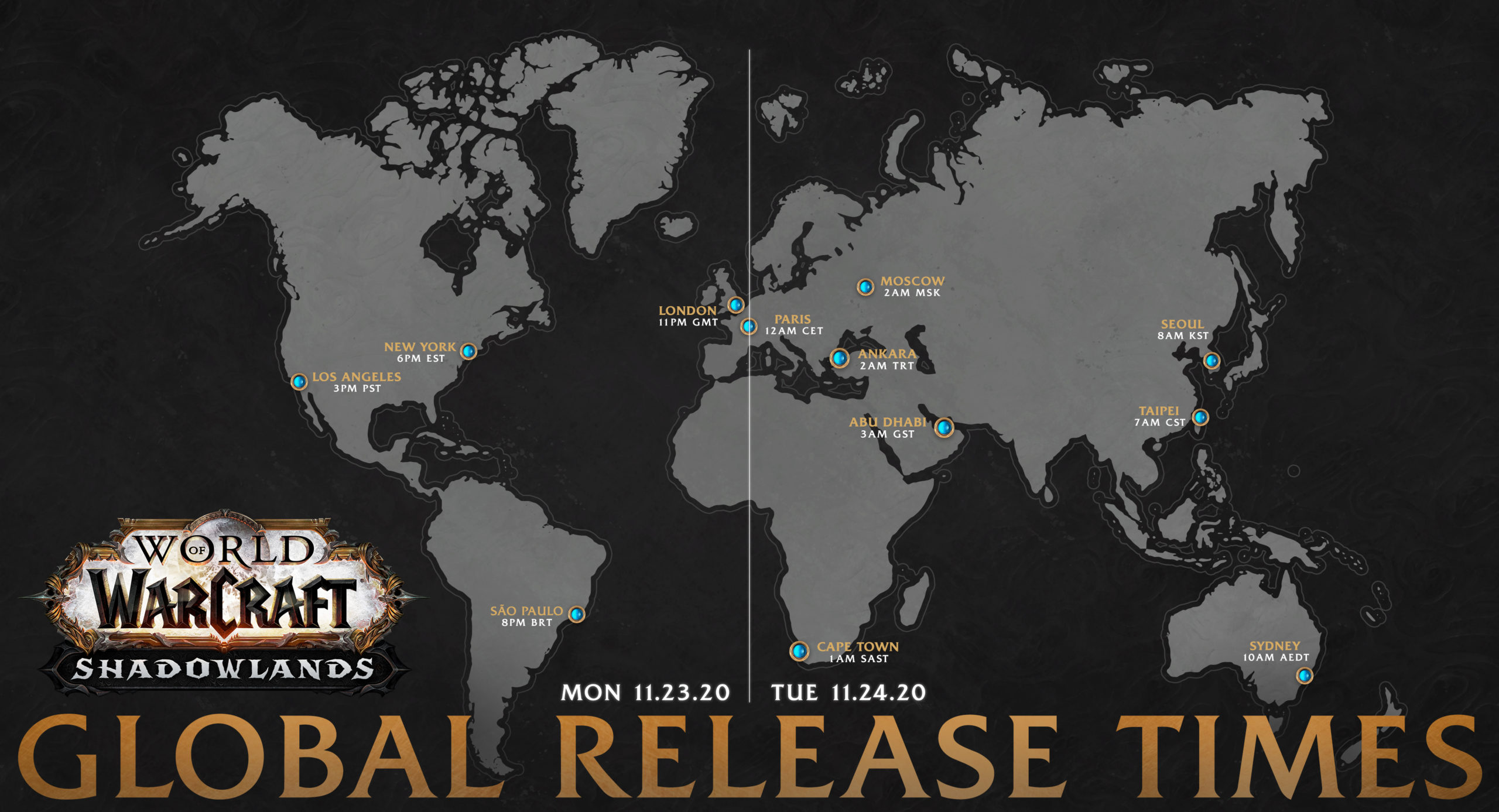